Day 93: The best laid plans…
.
Start: 1179.25 Mule Ears Creek
End: 1195.42 Sierra City
.
The plan 6(?) days ago leaving S. Lake Tahoe was to punch out 106 miles to Sierra City in five days. I managed to keep up with Blaze, Ledge, and Twang for one day, the first night after we did twenty we ended up split up in three places, Blaze ended up staying ahead, but I ran in to Twang and ledge on day two and the first part of day three, but I was too sore to keep up that pace and instead after the two twenties I did the last 66 miles-ish in four days instead of three which put me behind everyone. (I first met Twang and Blaze at Ziggy and the Bears at mile 210 – I think I first met Ledge at Big Bear, but may have met him earlier. I really like these people)
.
Twang and Ledge are in Sierra city tonight. Apparently Blaze left without them earlier tonight. Ouch.
.
I am on the verge of coming home. Yes, I still really really want to complete this sucker, but for the last while I have been banging my head against a wall and at some point that isn’t healthy. So as of today I am starting my ‘seven day timer’ to come home — as in, I am not allowed to come home until seven days after I decide to. I may hike or sit my butt down and stay put or go on an excursion, but may not actually go home for at least a week (I made this rule at the beginning to prevent my more impulsive side from letting me quit).
.
So what am I doing this week? I don’t know. Twang and Ledge are being great friends by not letting me quit yet. We might skip a little ahead and hike, or we might rent a car and go find a beach (my idea), or we might just hike out of here. Not sure. We’ll talk about it and make a plan in the morning.
.
I have two other cards up my sleeve before officially throwing in the towel… On my way to Sacramento or the Bay Area for a flight out I may visit one or two of the Quady brothers whom I have not seen since we were all kids. Lastly, I have a friend hiking southbound who I intend to hike with on Washington for at least a week if I do make it all the way home. Hiking like that is called flip-flopping, and it is a good way to change the scenery and could potentially salvage my burn-out hike.
.
Lots of branching possibilities in the near future, we will have to see. 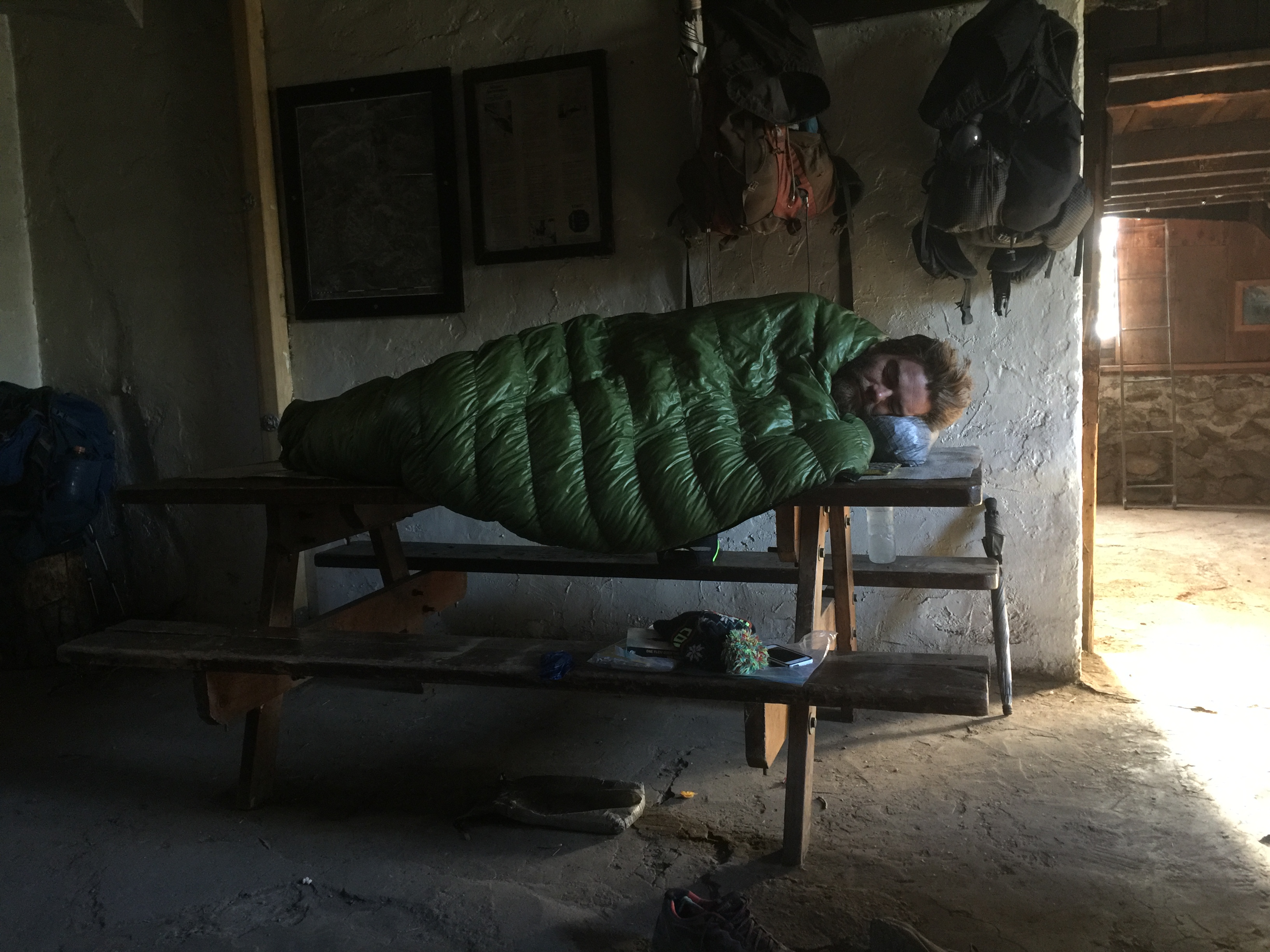 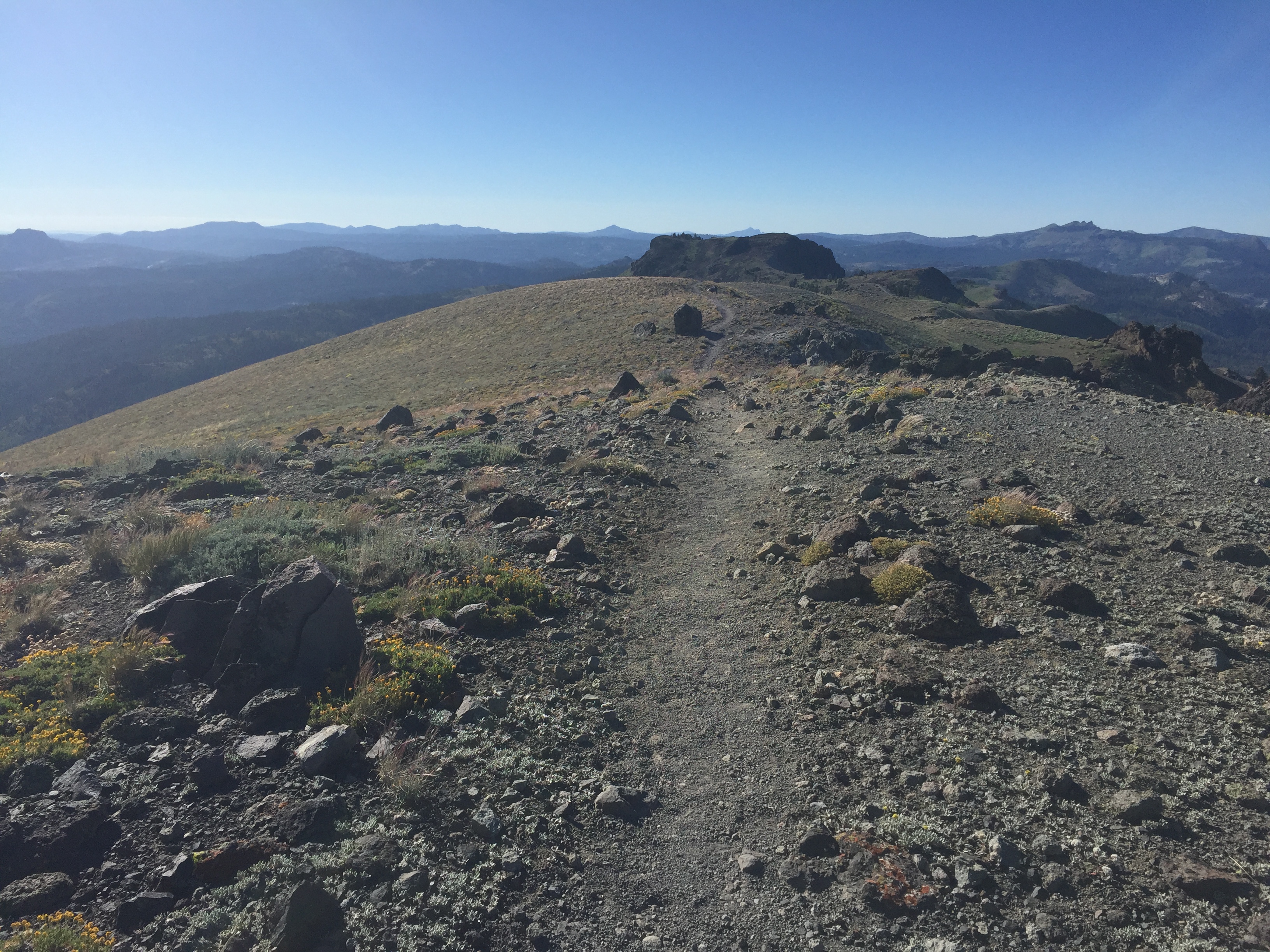 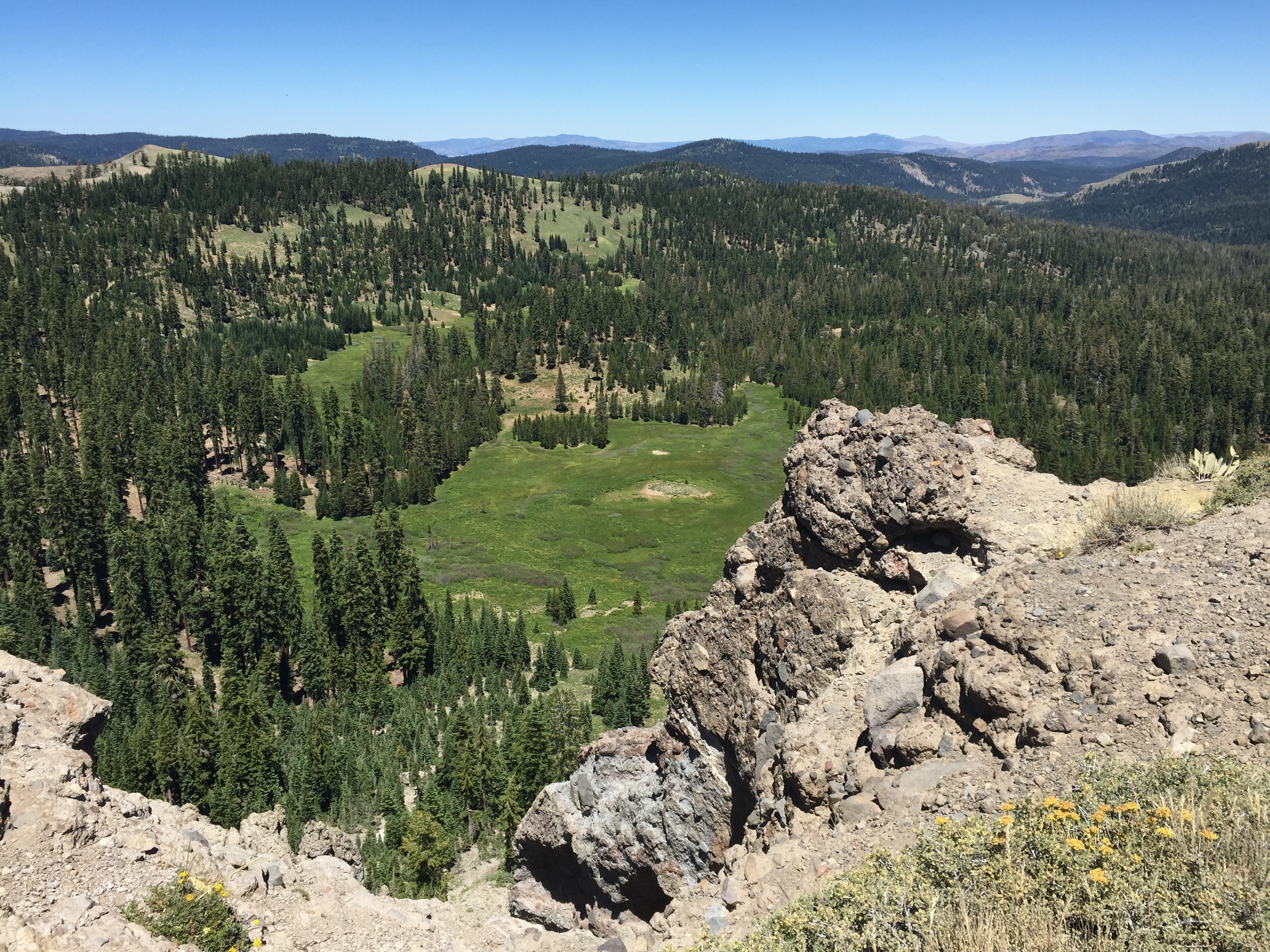 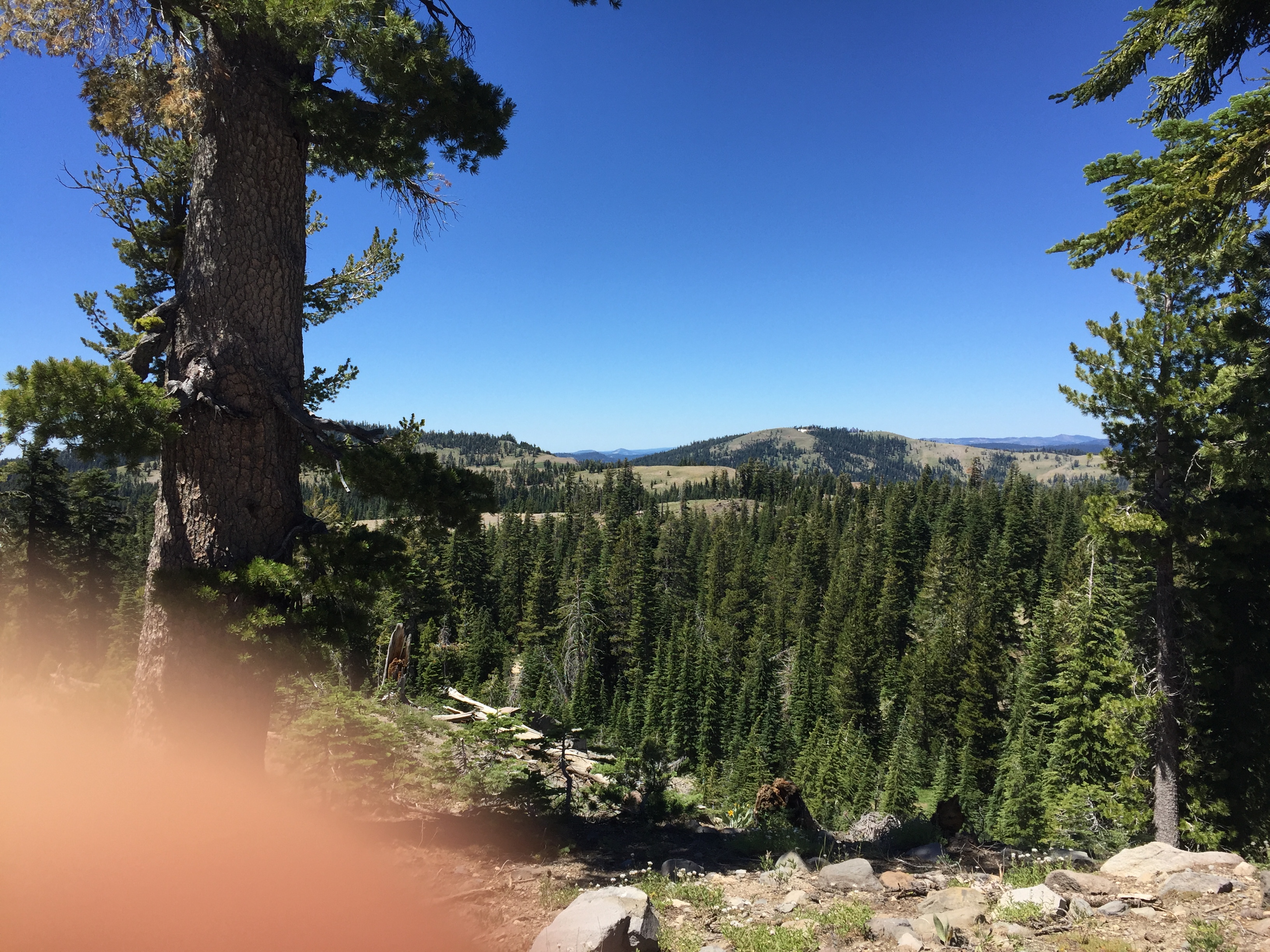 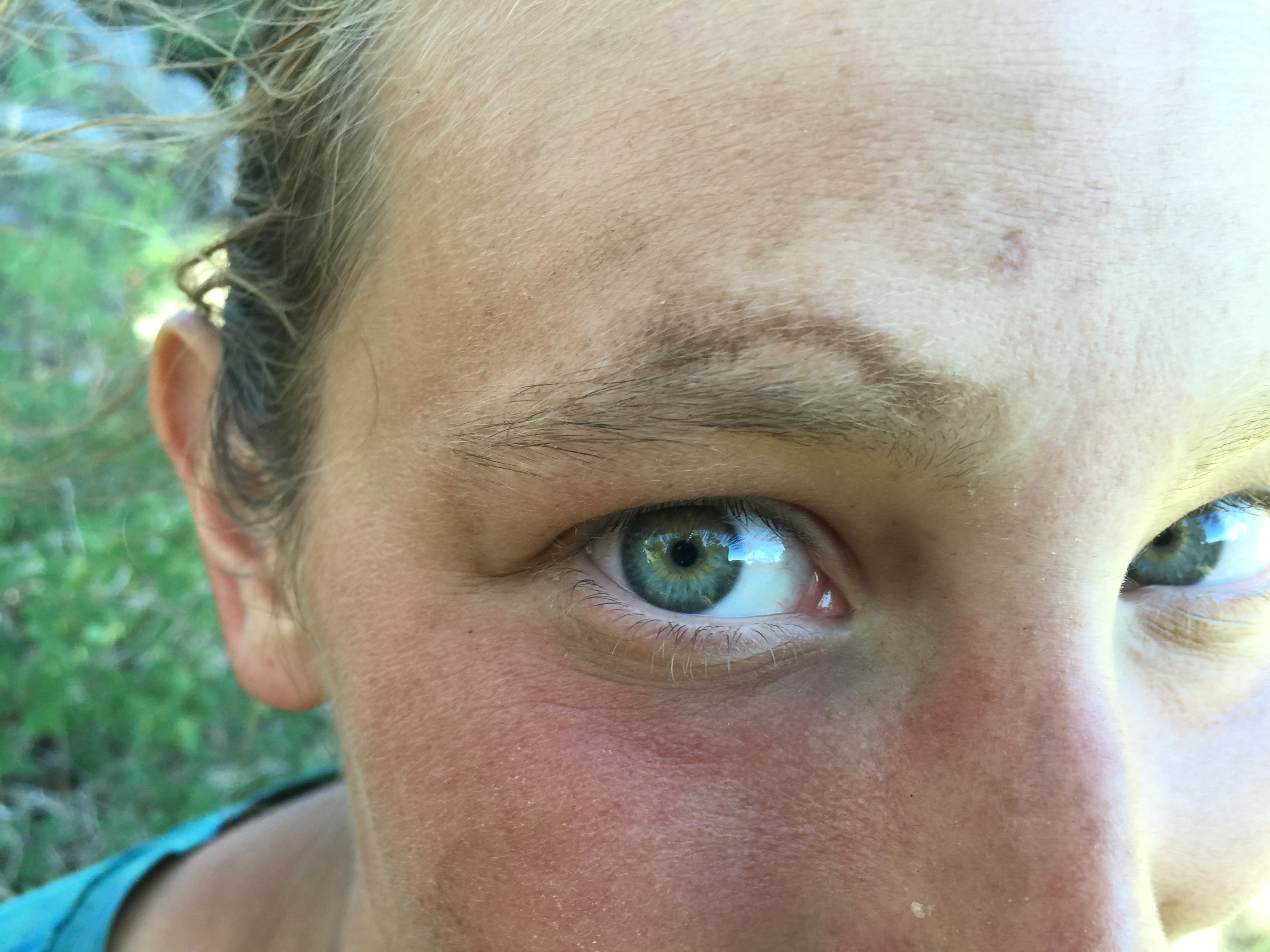 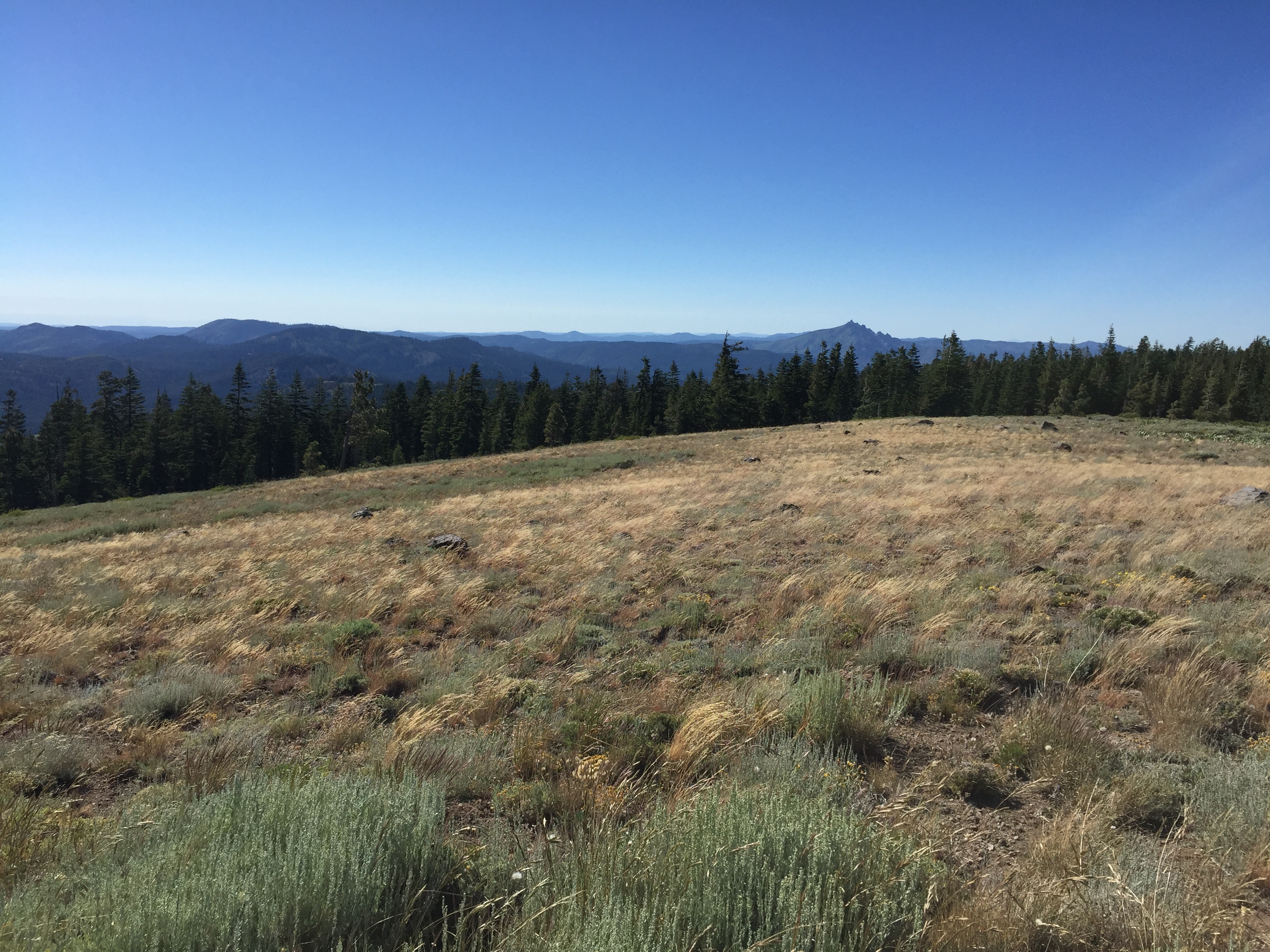 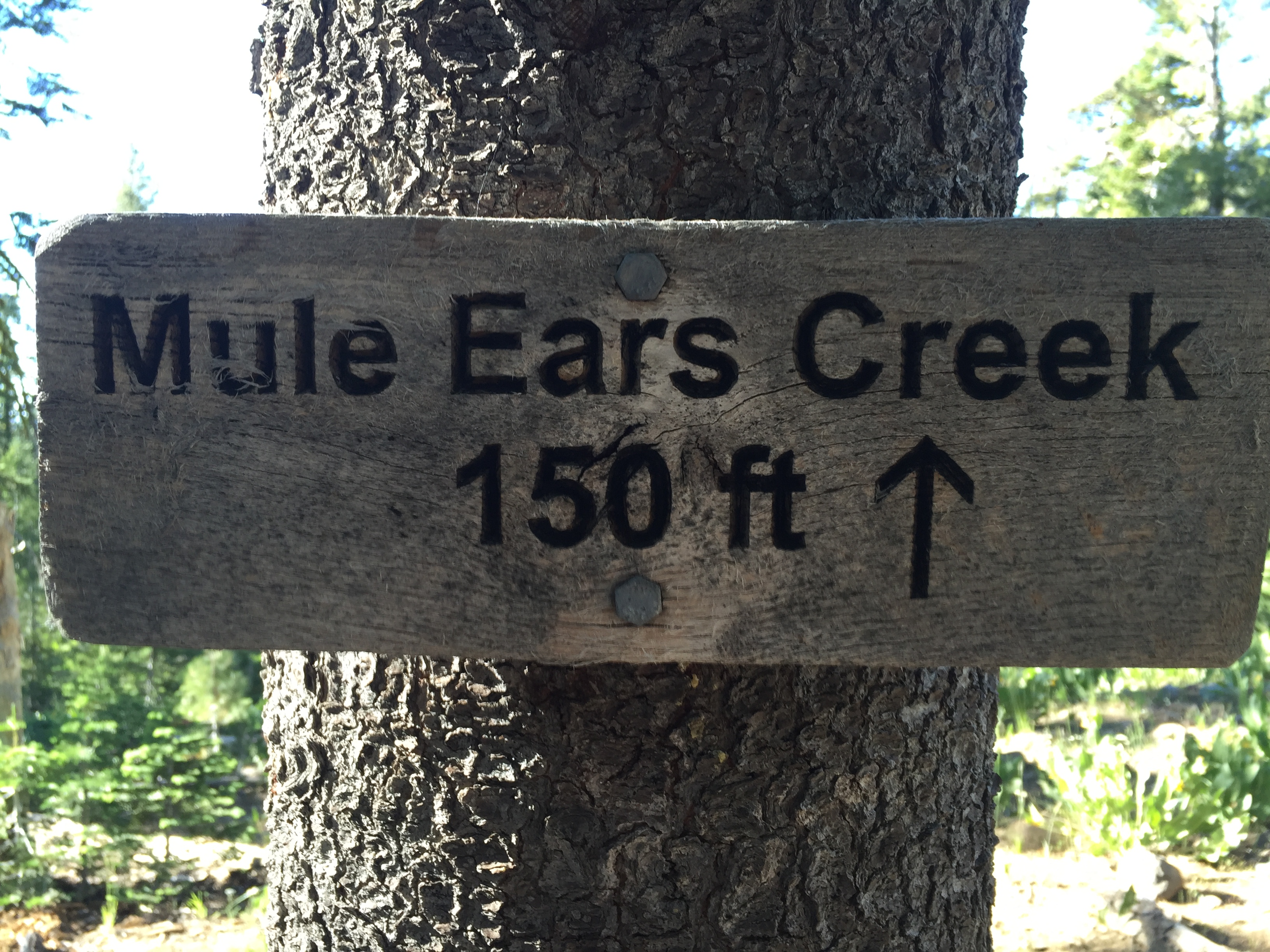 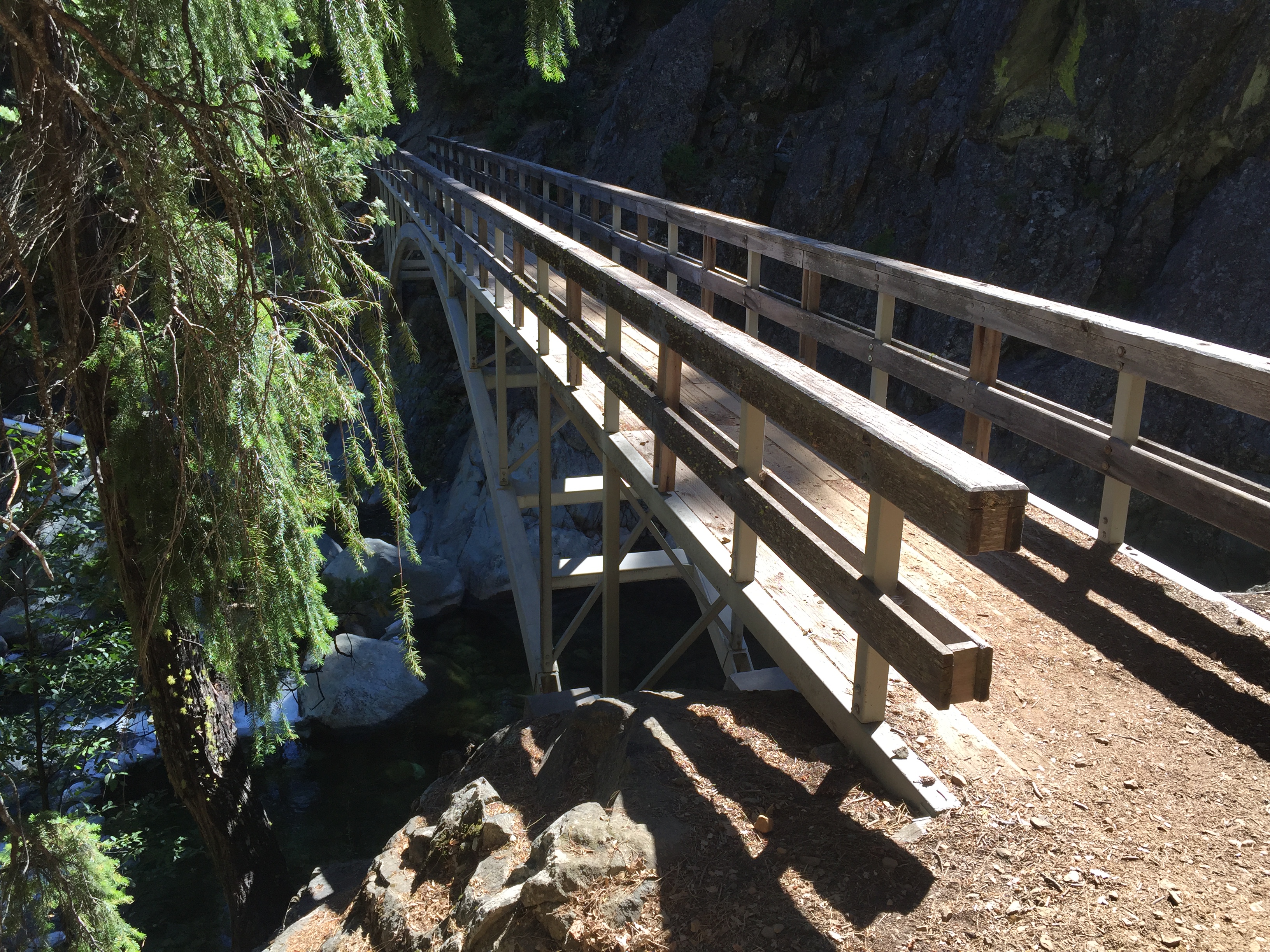 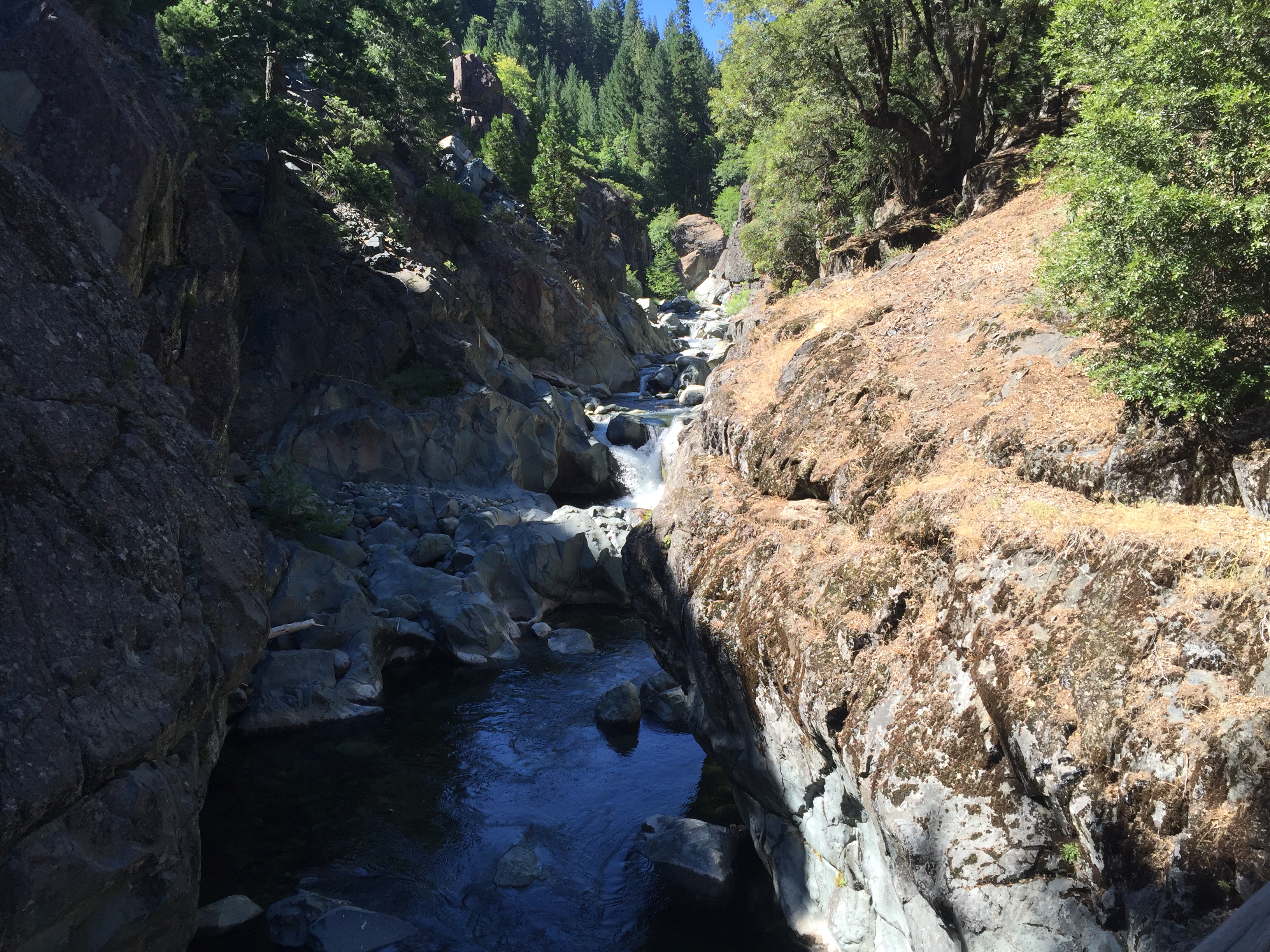 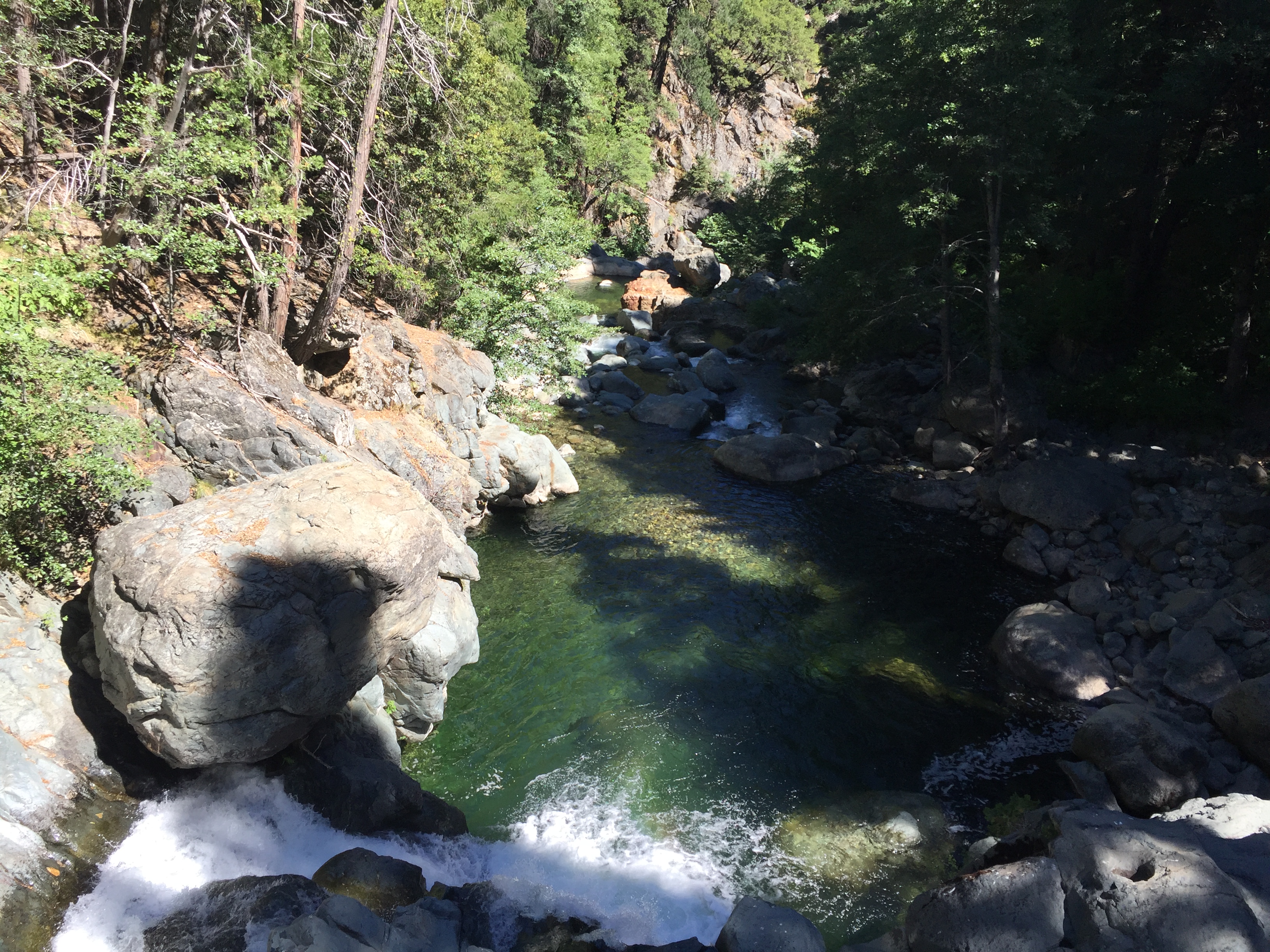 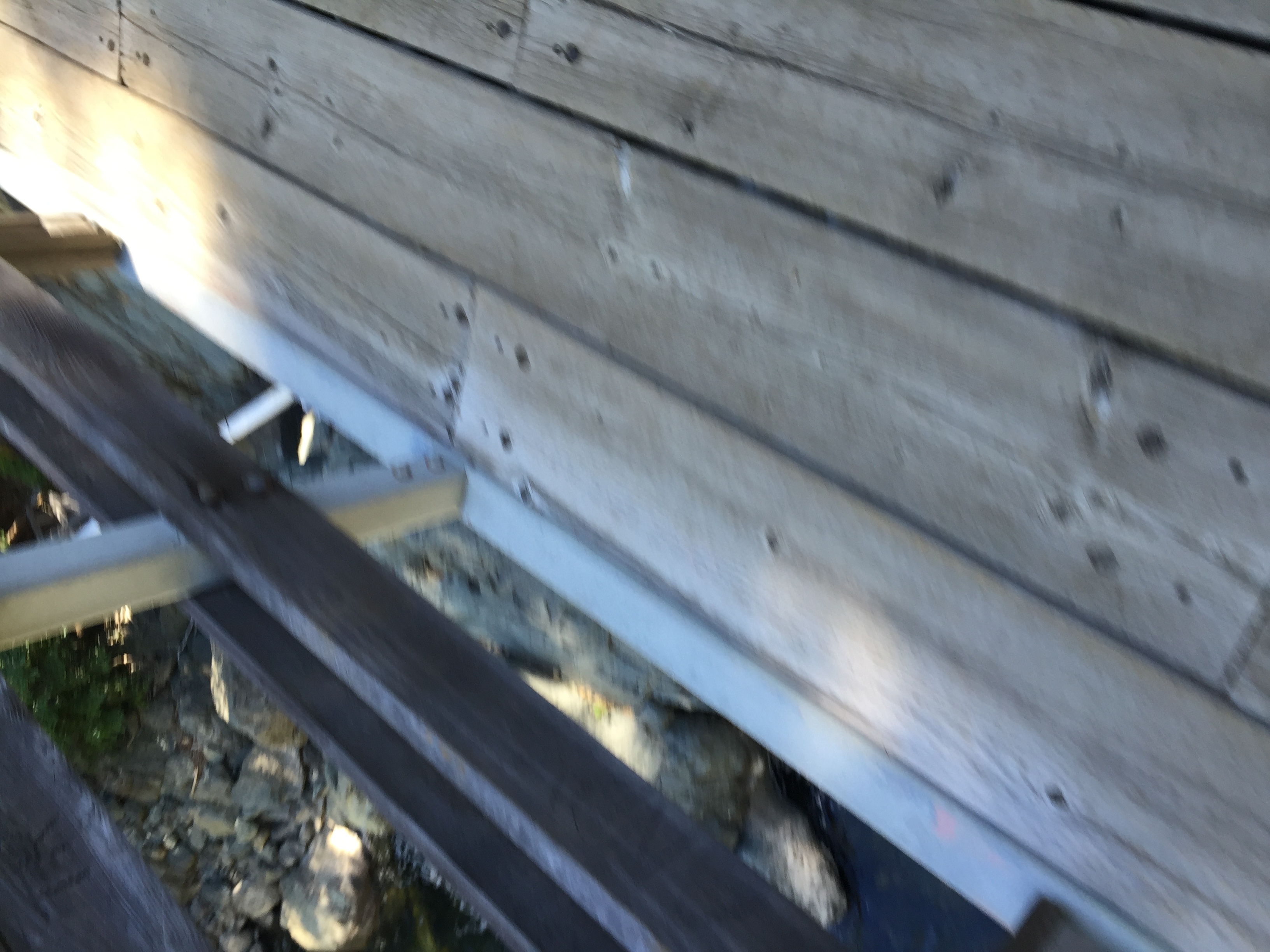 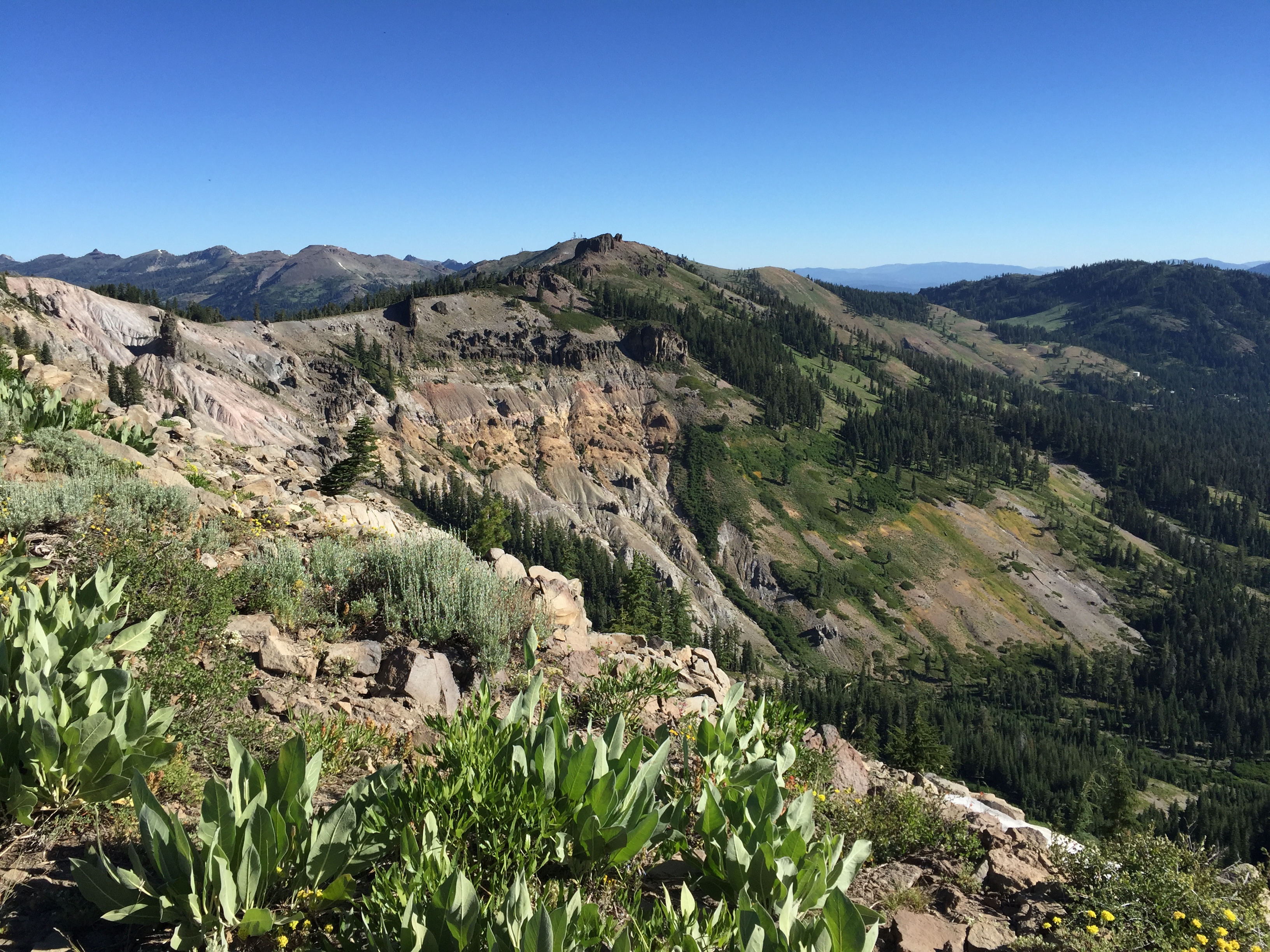 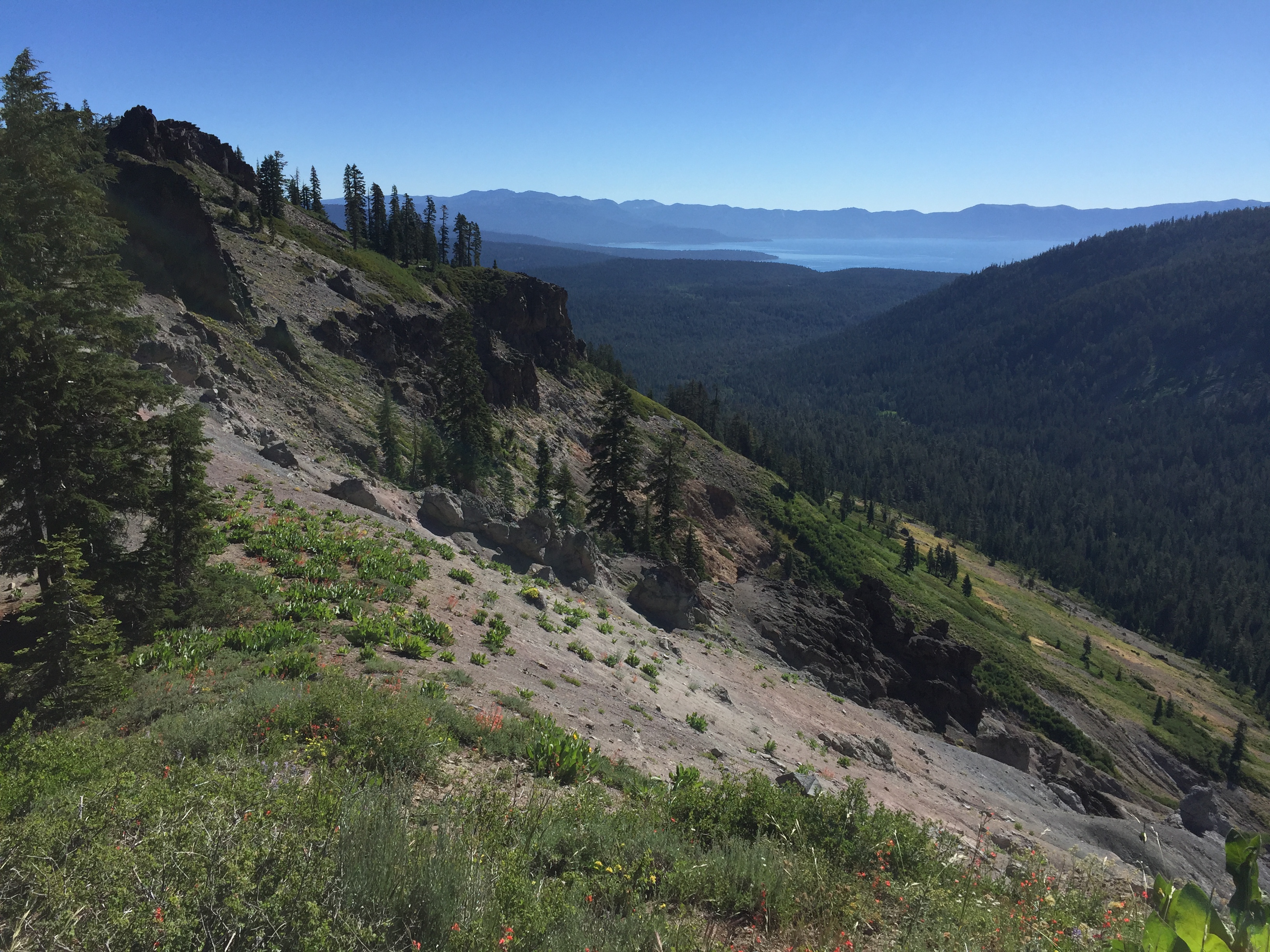 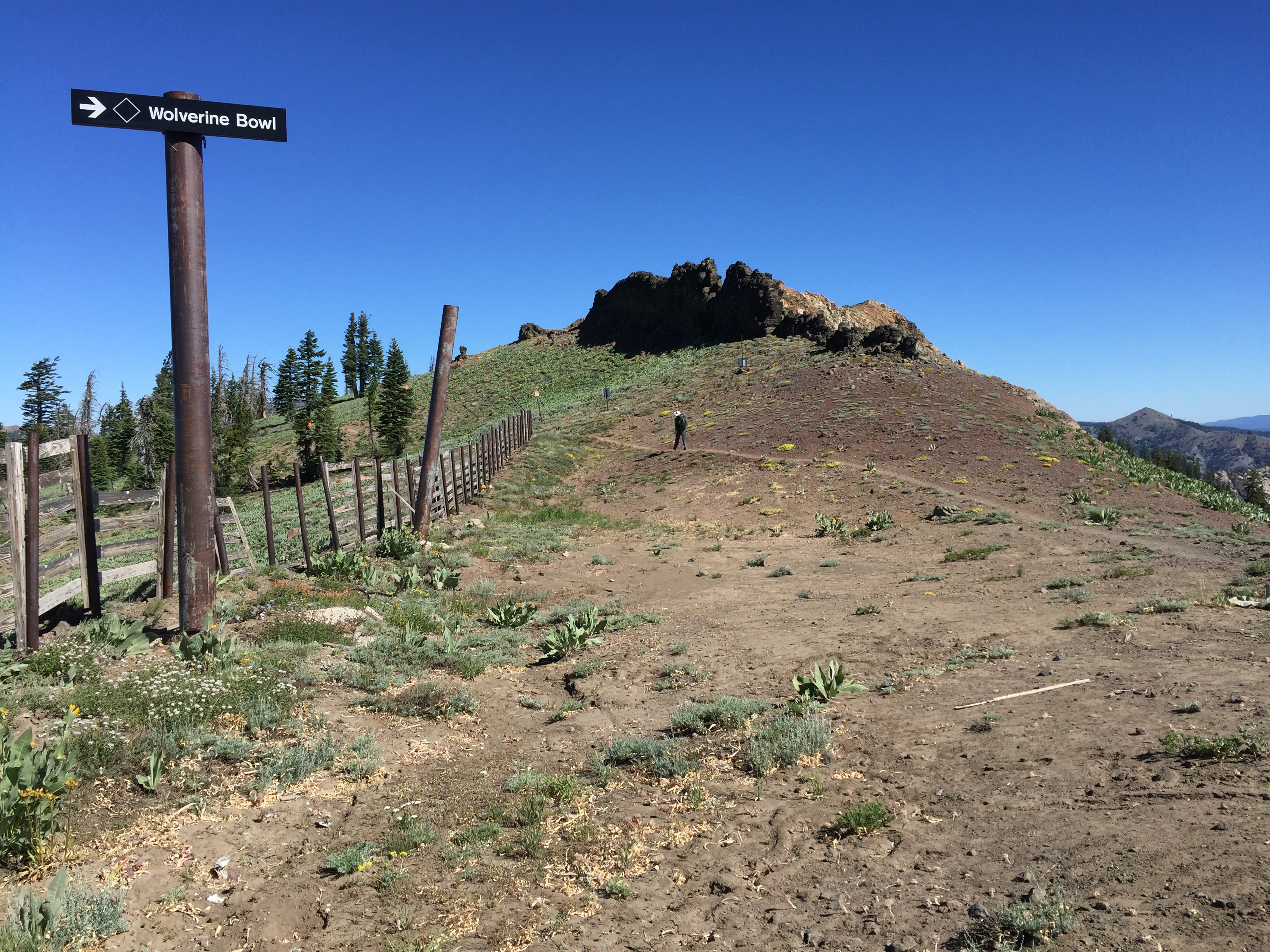 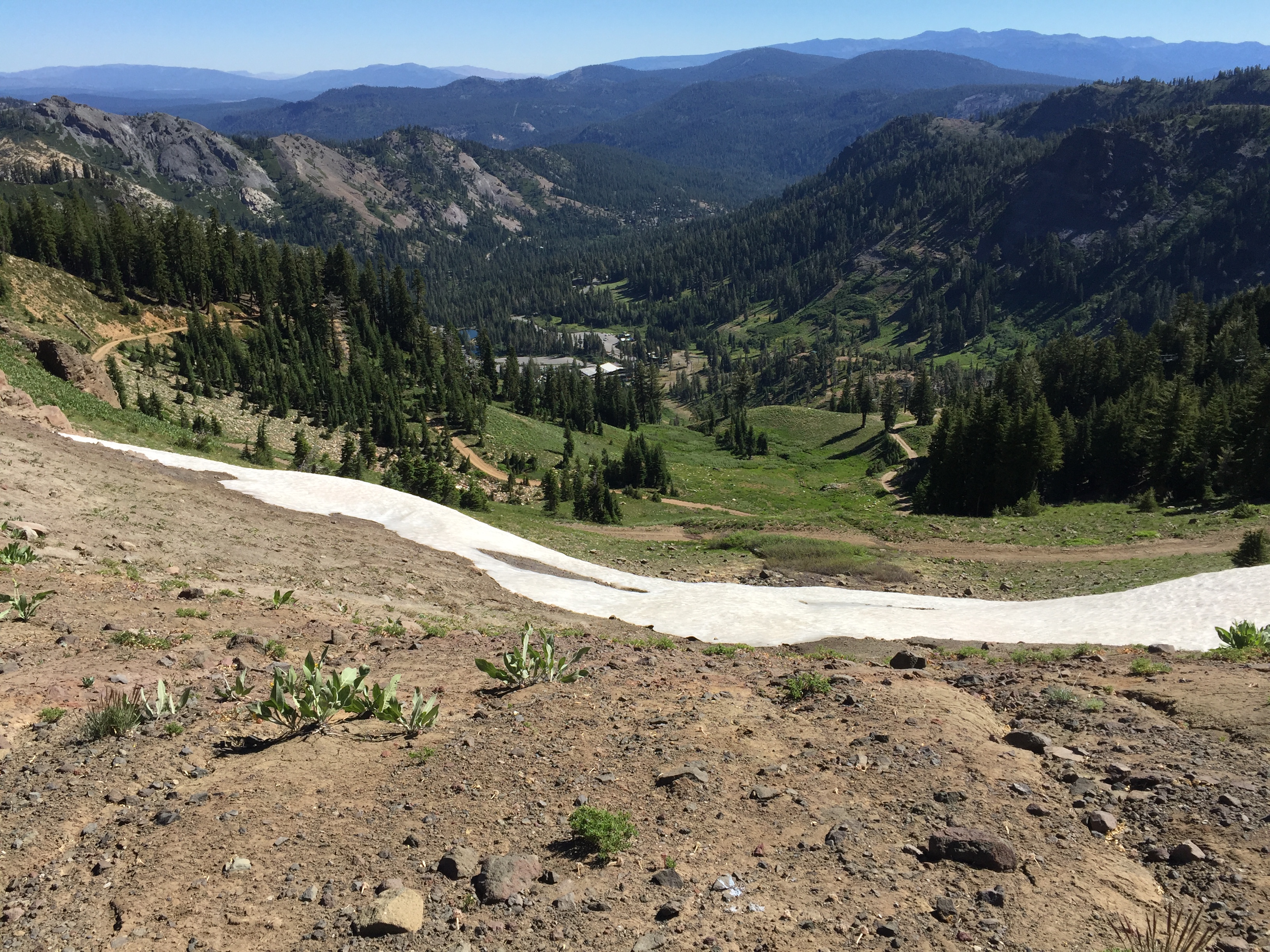 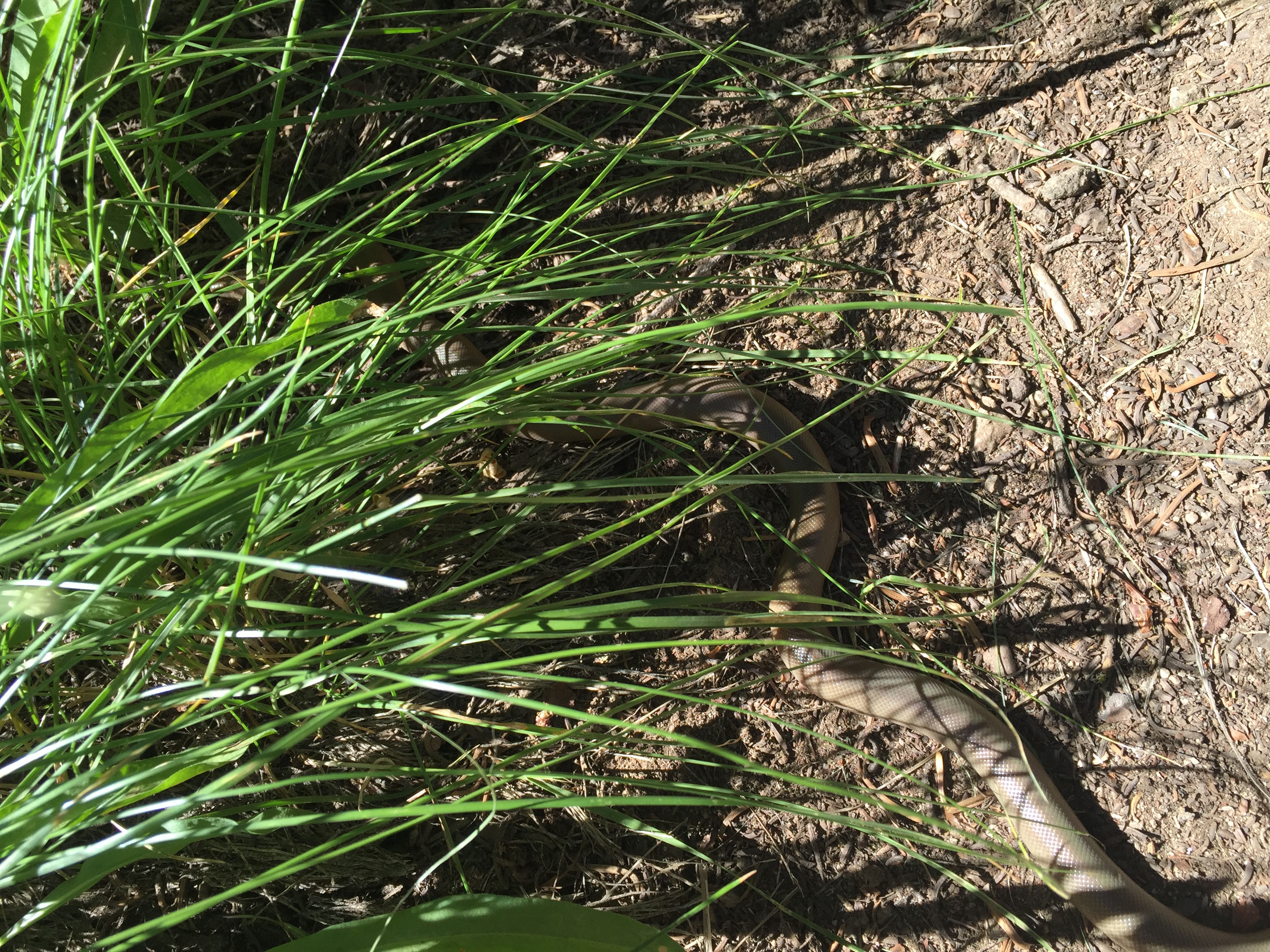 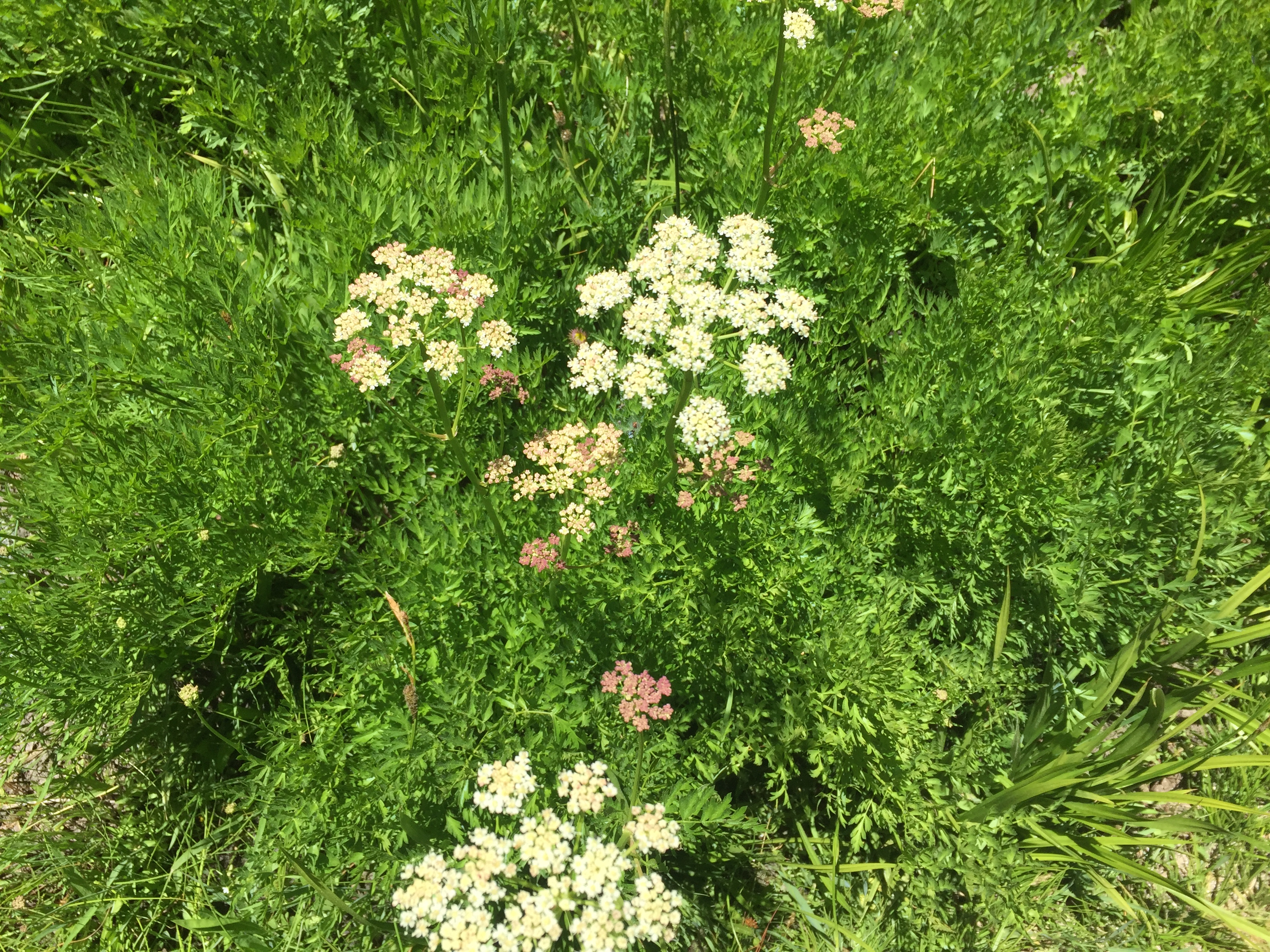 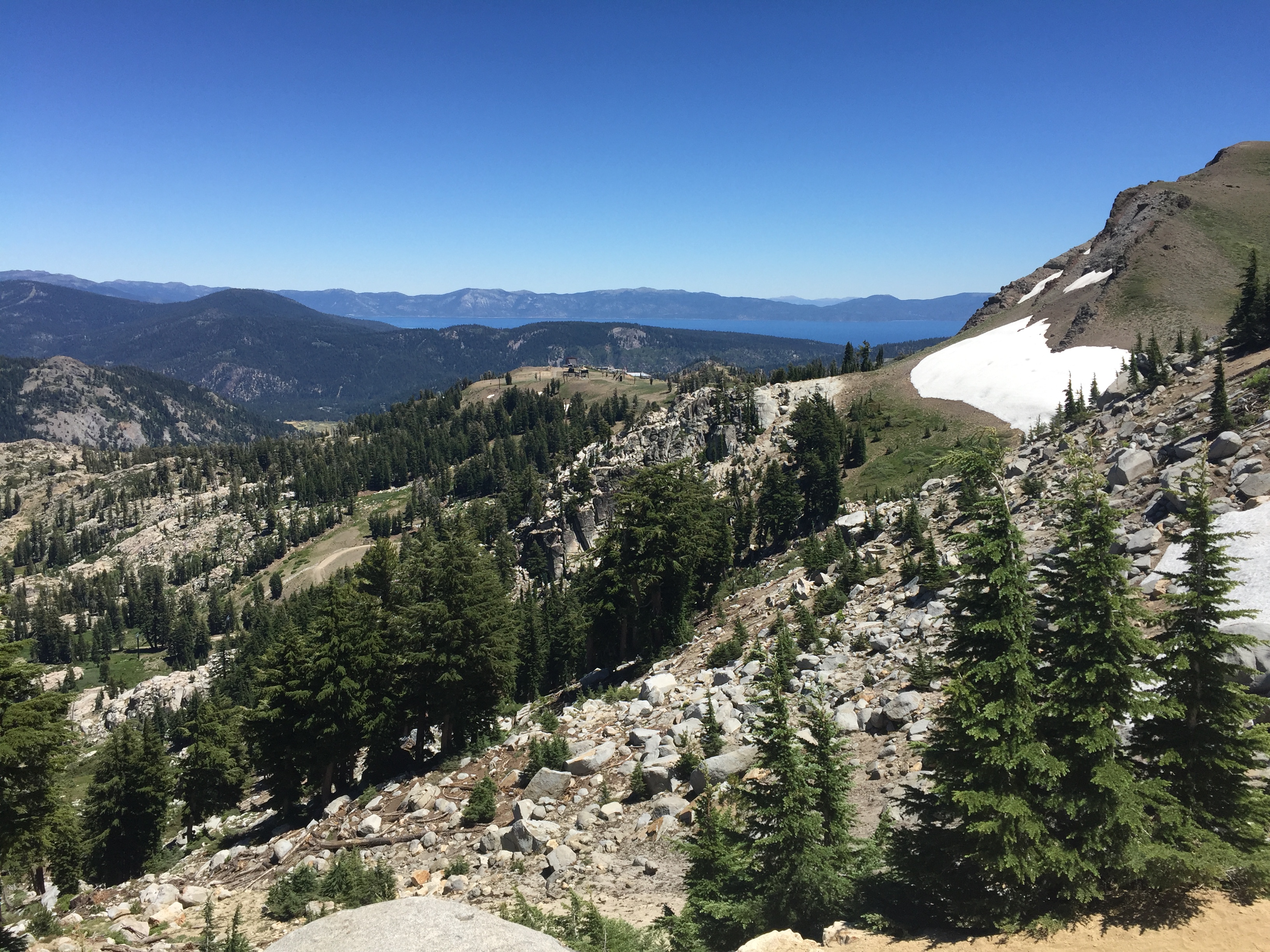 Graffiti is generally frowned upon on trail…  But I am okay with it in chalk.  (No, not my graffiti) 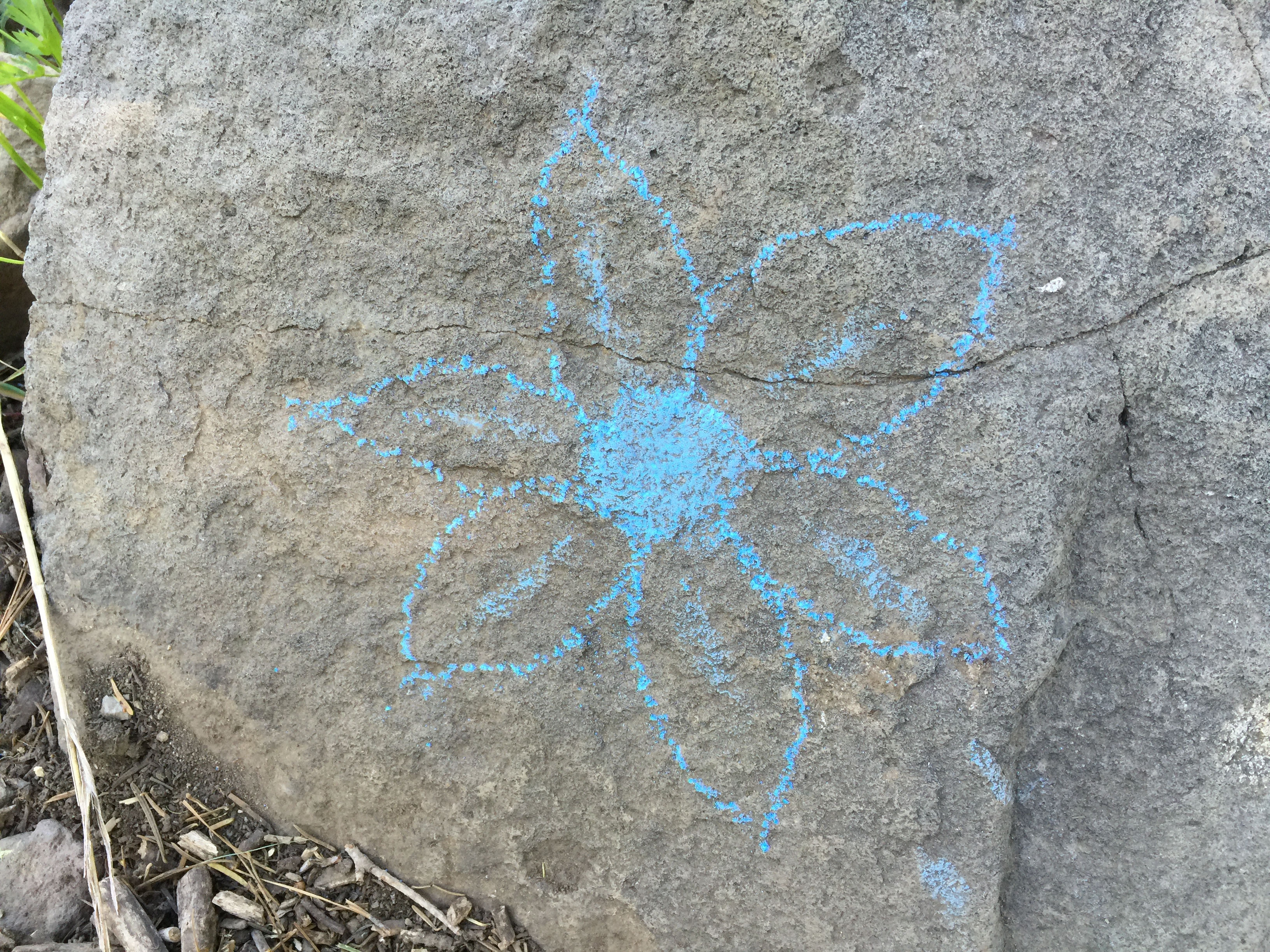 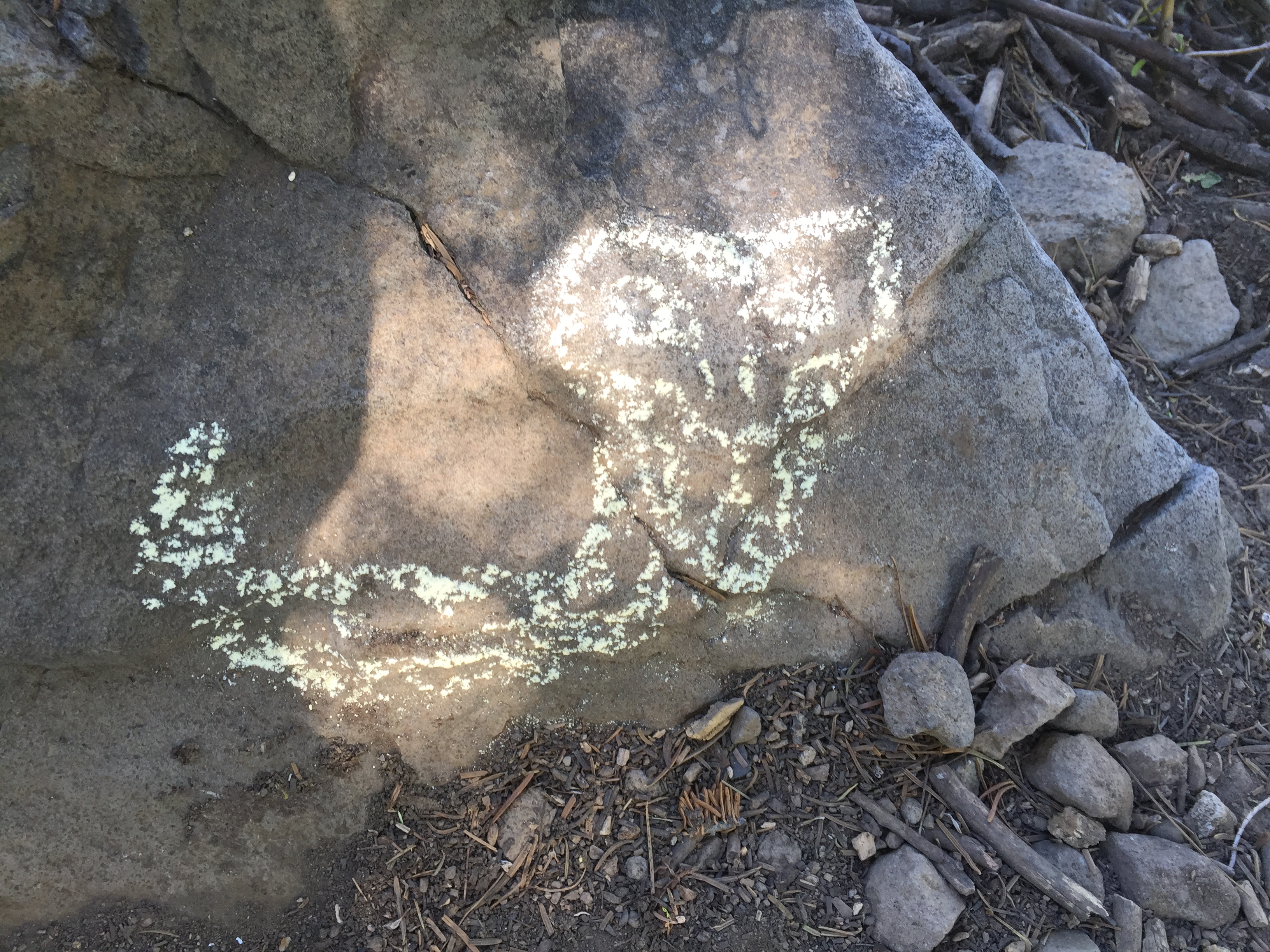 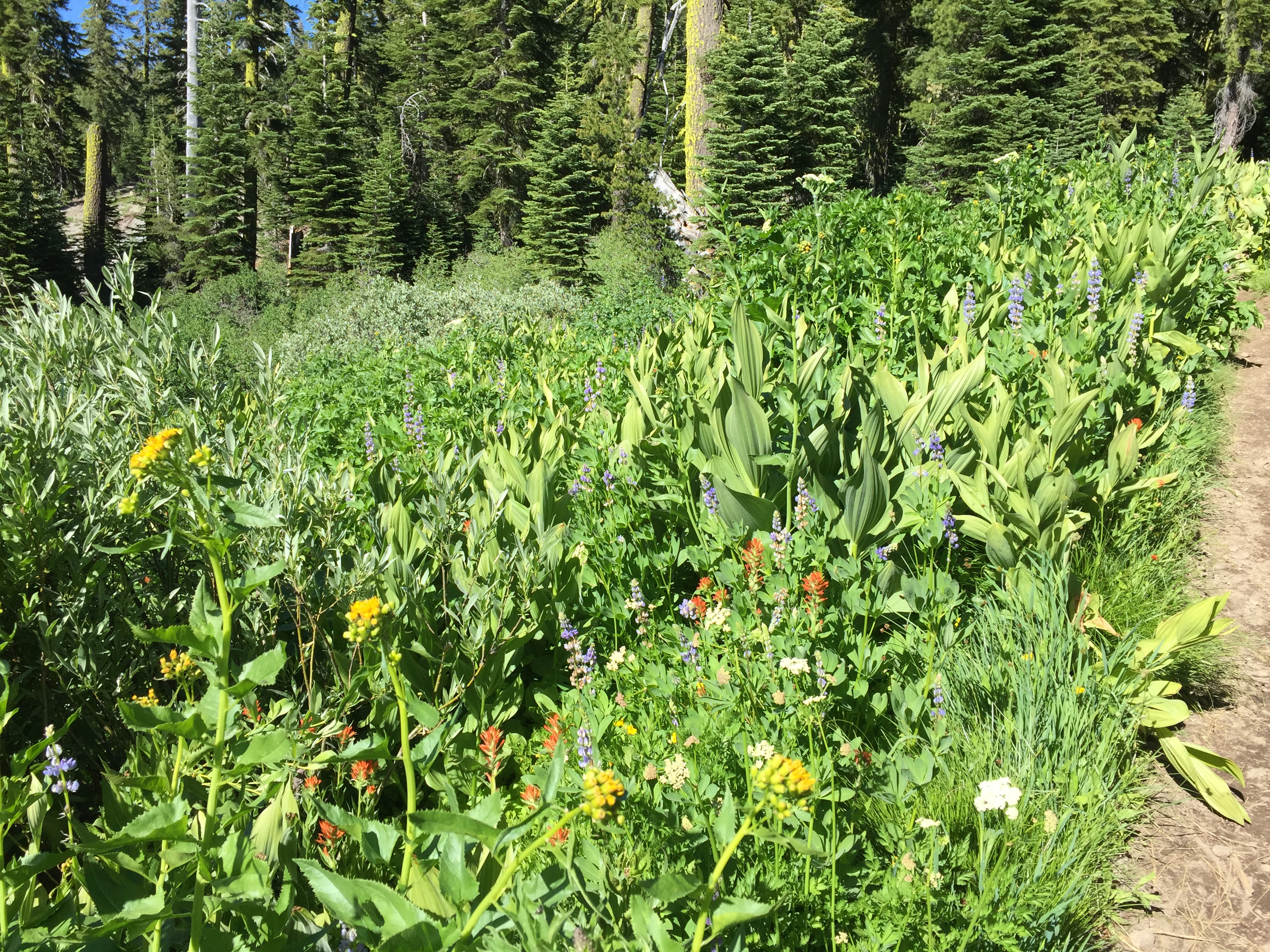 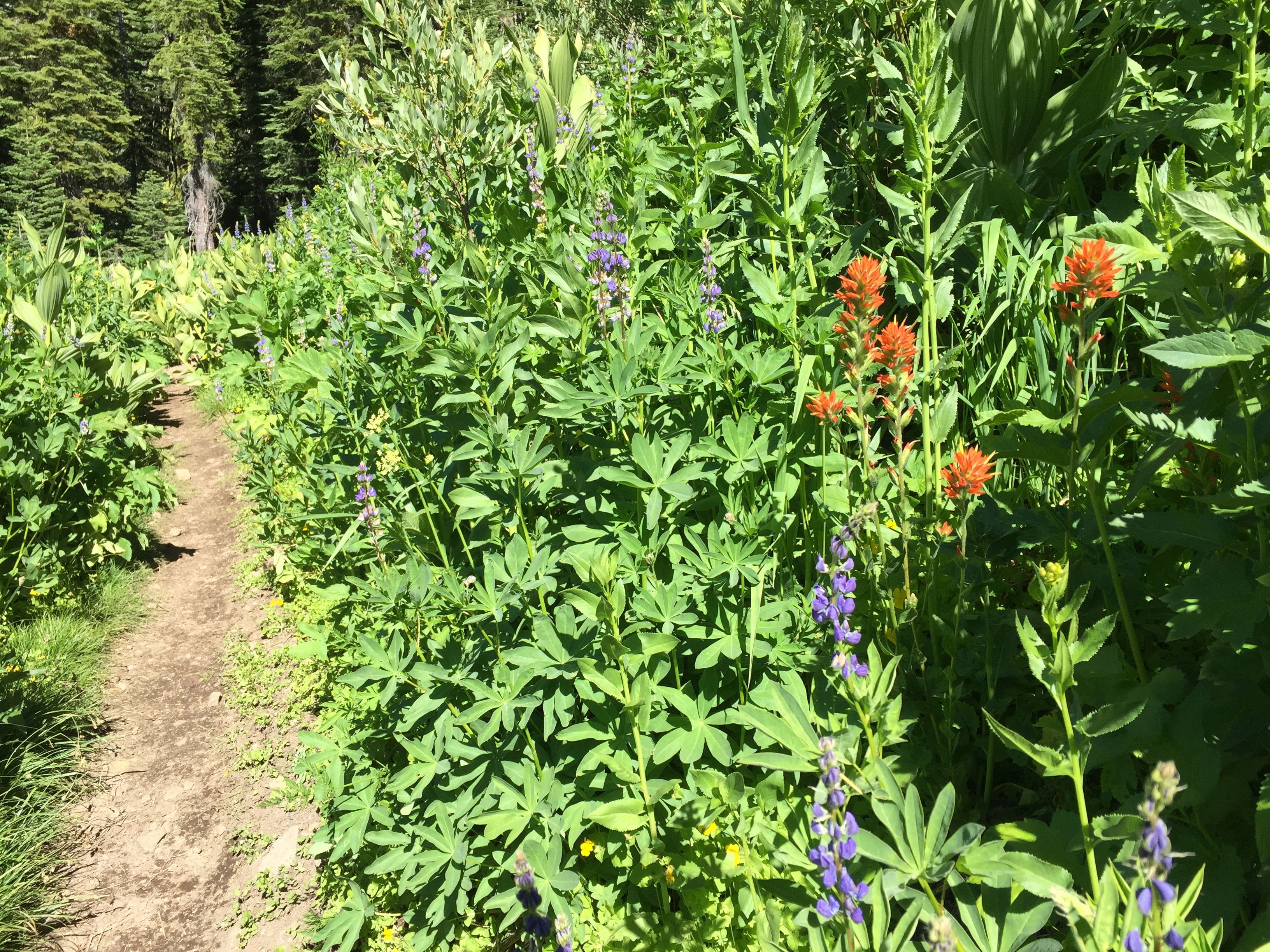 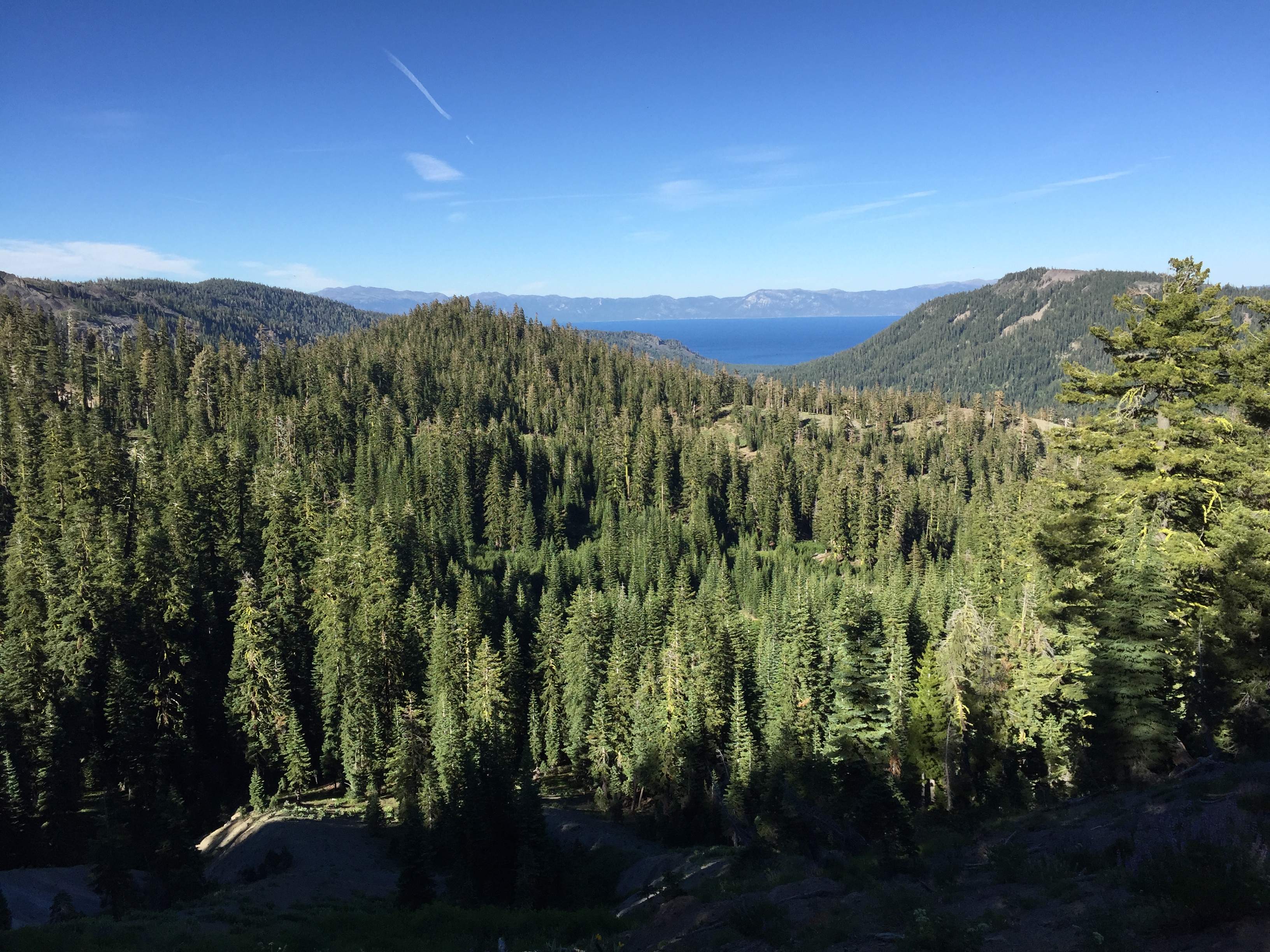 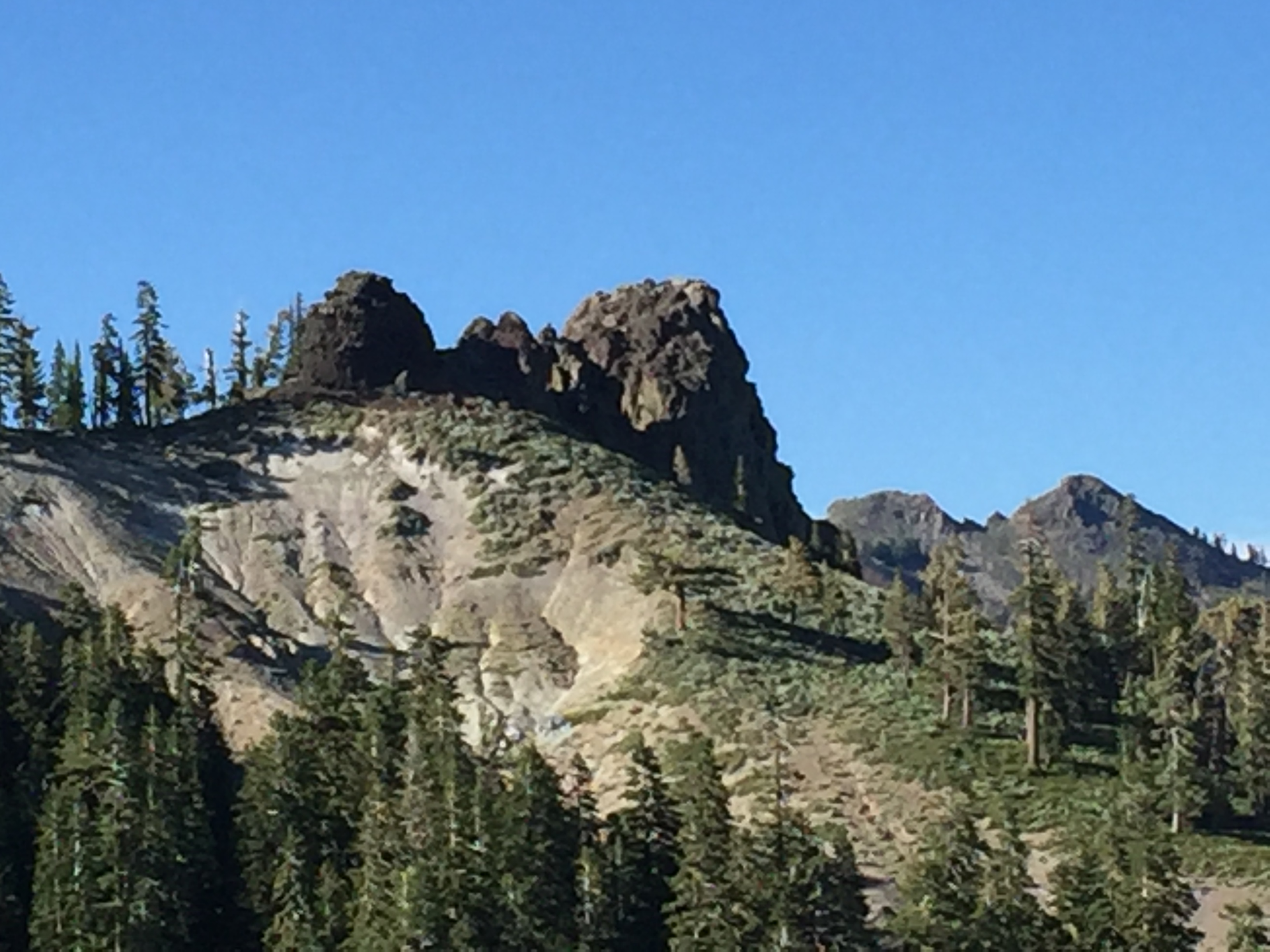 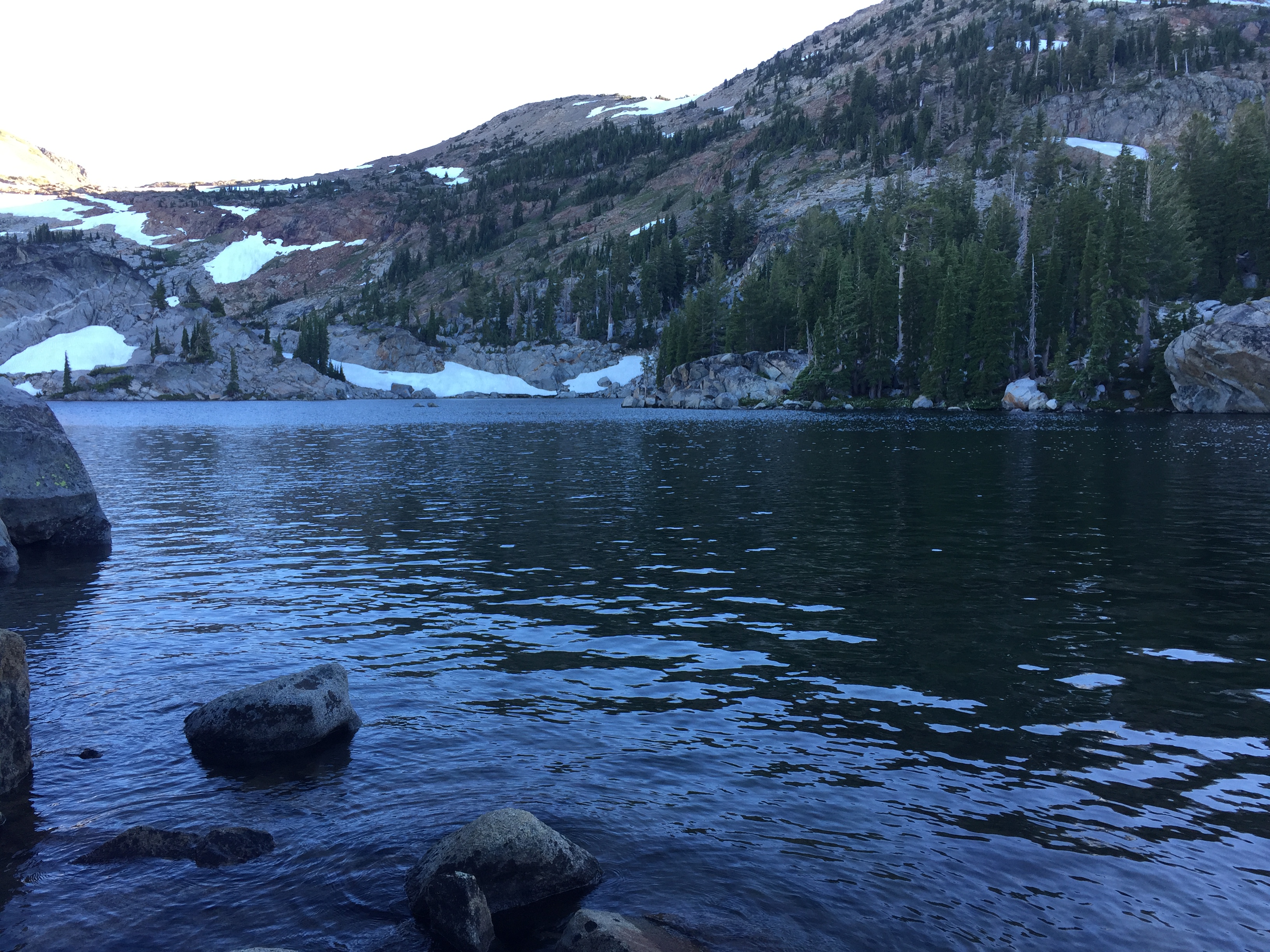