Start: 770.84 bush camp
End: 786.14 Upper Vidette Meadow
Over 15 miles today is amazing.
.
Okay, mom made me “Chicken, forbidden rice, peanut sauce, peanuts, and I added green onions which grow prolifically here. It was AMAZING! I just wish it was bigger. (Side note: the trader joes chicken stock packets are pretty awesome on their own too!)
You know how people stink if they eat onions? Well I already stink more and have been eating onions at every water crossing (maybe every quarter mile) for half the day. 🙂
.
After getting up at midnight for Whitney yesterday, by the end of the day I was so tired I was impaired. I slept very well which is uncommon for me out here – I tend to wake up every time I roll over, but the night time temps (at 10k+ feet) have been mild enough that rolling over and opening up my sleeping bag isn’t frigid (I never have zipped up my sleeping bag… It is bigger that way and it is so warm I don’t need to. There is a clip at the neck, and that tends to hold it where I want it… Except when I roll over. Oh, and the zipper is under me, not on a side)
.
I didn’t see Forrester pass until I was about four miles away, and even when I did, you look at it and cannot believe there is a trail there.
As I approached, I had some of the same thoughts I had on Whitney, it is too big, I need to stop and do it in the morning when the snow isn’t so soft…
.
Early in the morning, snow is ice, and dangerous to walk on. Mid morning it has enough give for traction, but isn’t so soft you step through it and “post hole”. By afternoon, post holing is inevitable. And aggravating.
.
Well, I approached in the afternoon. No helping it, I needed to let myself sleep in, and at eight climbing miles I was slow. I rarely go uphill quickly, it still amazes me when I see people do it.
.
As it started getting steep, the switchbacks in a talus field (broken rock) were often covered in snow, so people make their own trails. The one I followed led me straight in to the talus, and I ended up climbing through the rock for maybe two hundred yards before I climbed on to the trail. Slow work.
.
Above the talus the trail is cut in solid rock. Dynamite. The idea that it existed in such good shape and size seemed fantasy, It was almost something out of a hobbit story. I think one of the videos I took shows it.
.
I made it to the top, and not long after three hikers, two men and a woman hike up naked! I love hike naked day!
.
I really ought to talk about the beauty of the trail on the other side, it deserves its own story, but I am le-tired and going to sleep.
.
P.S. River crossings are obnoxious. 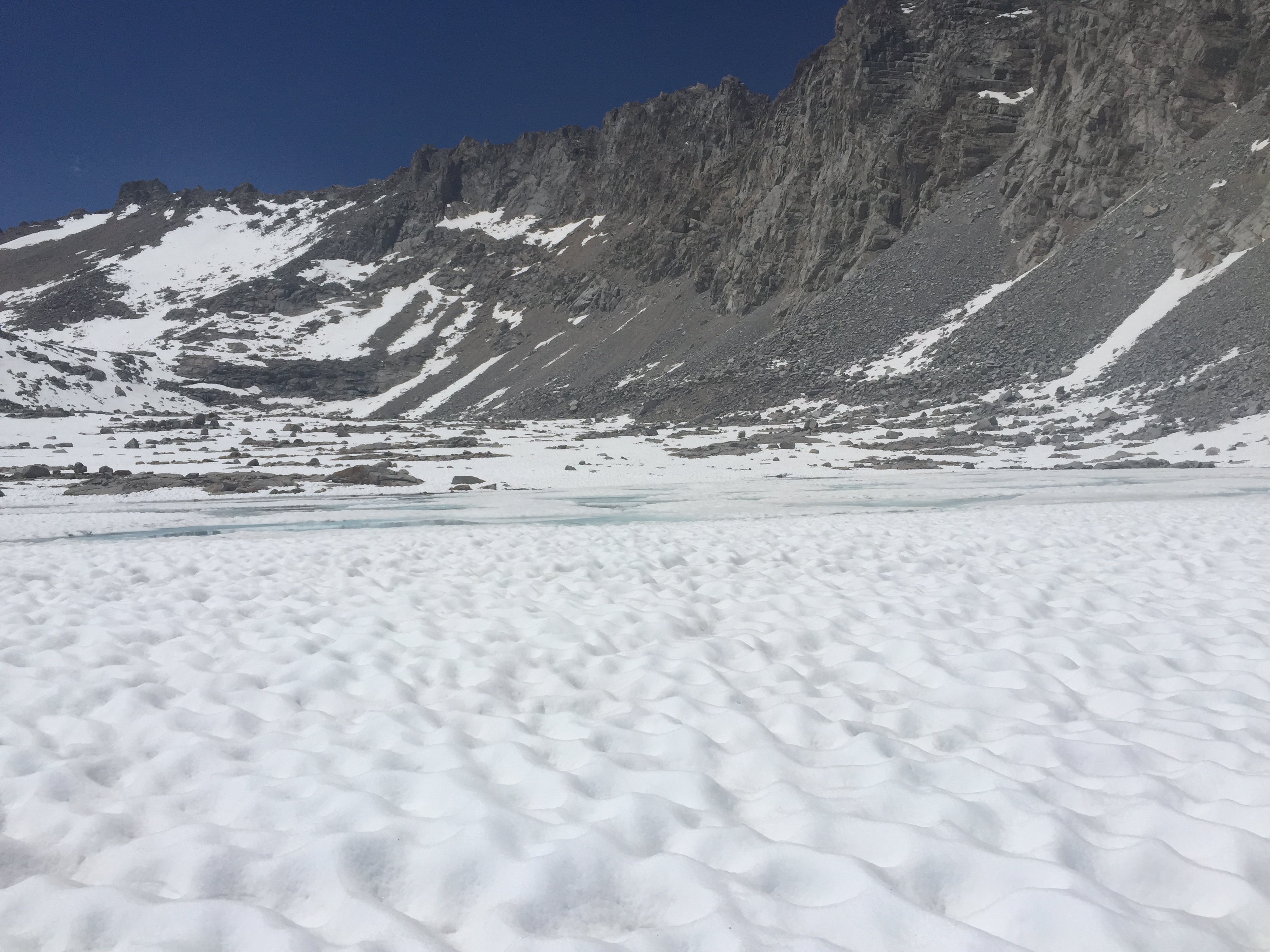 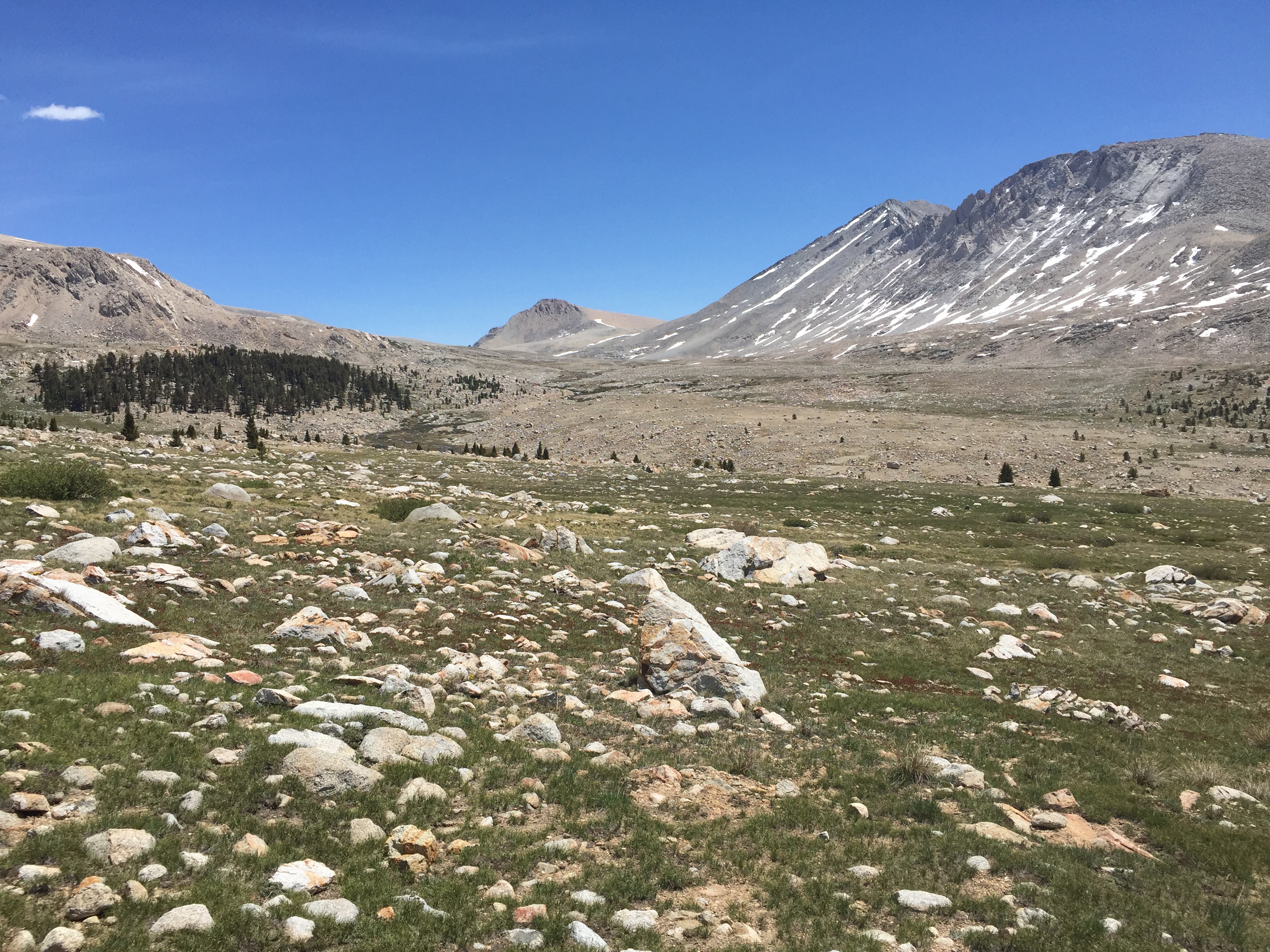 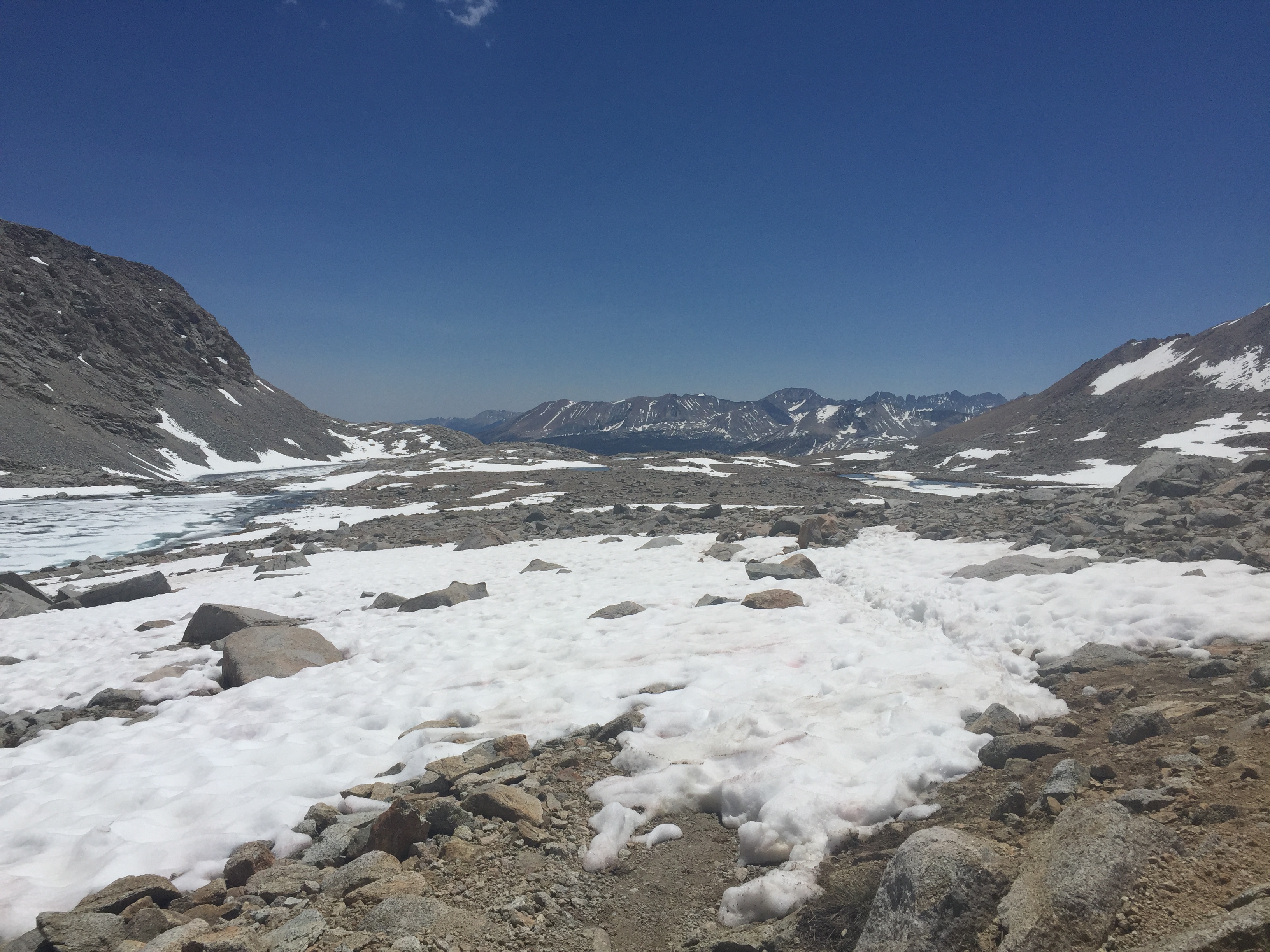 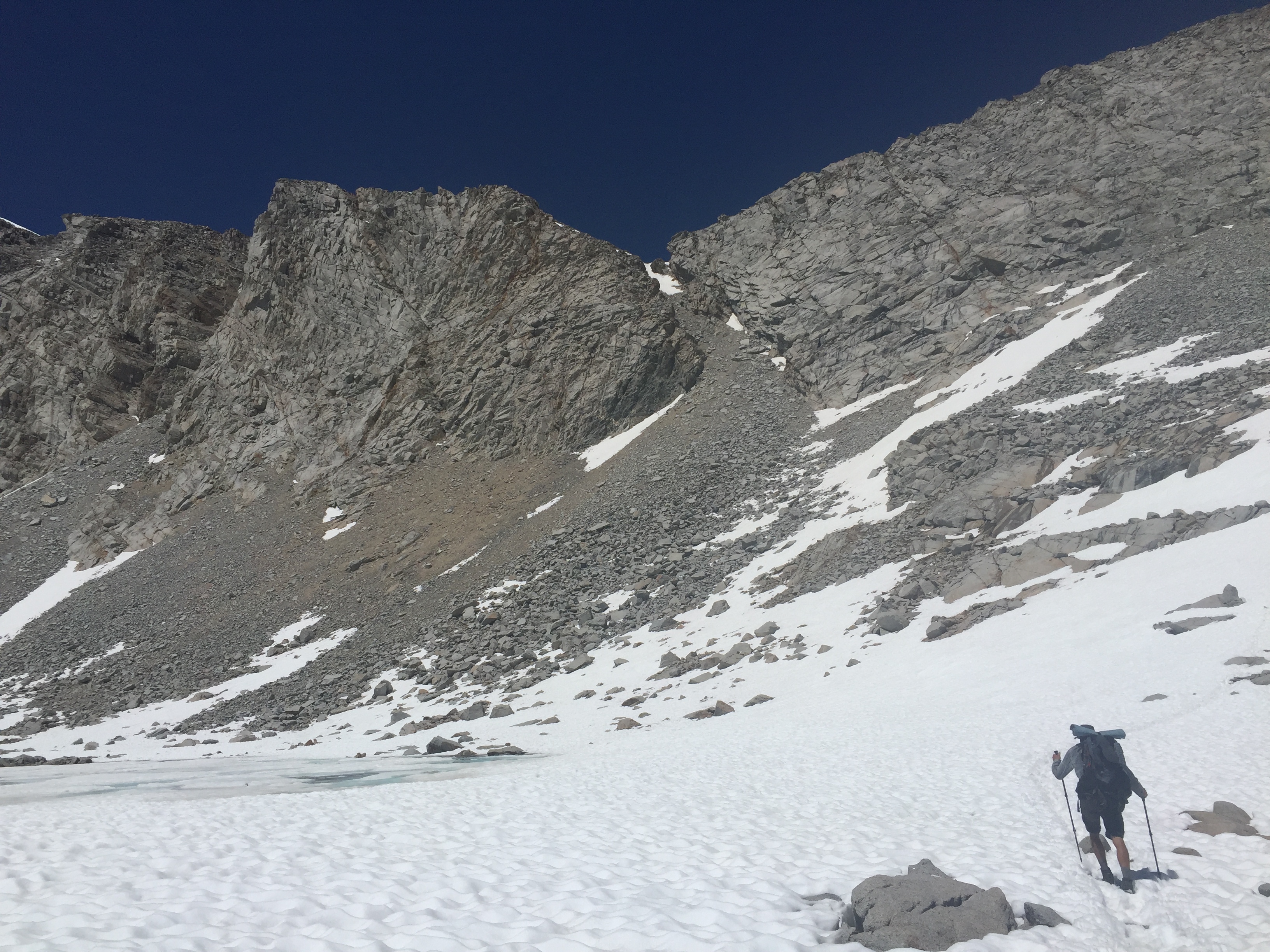 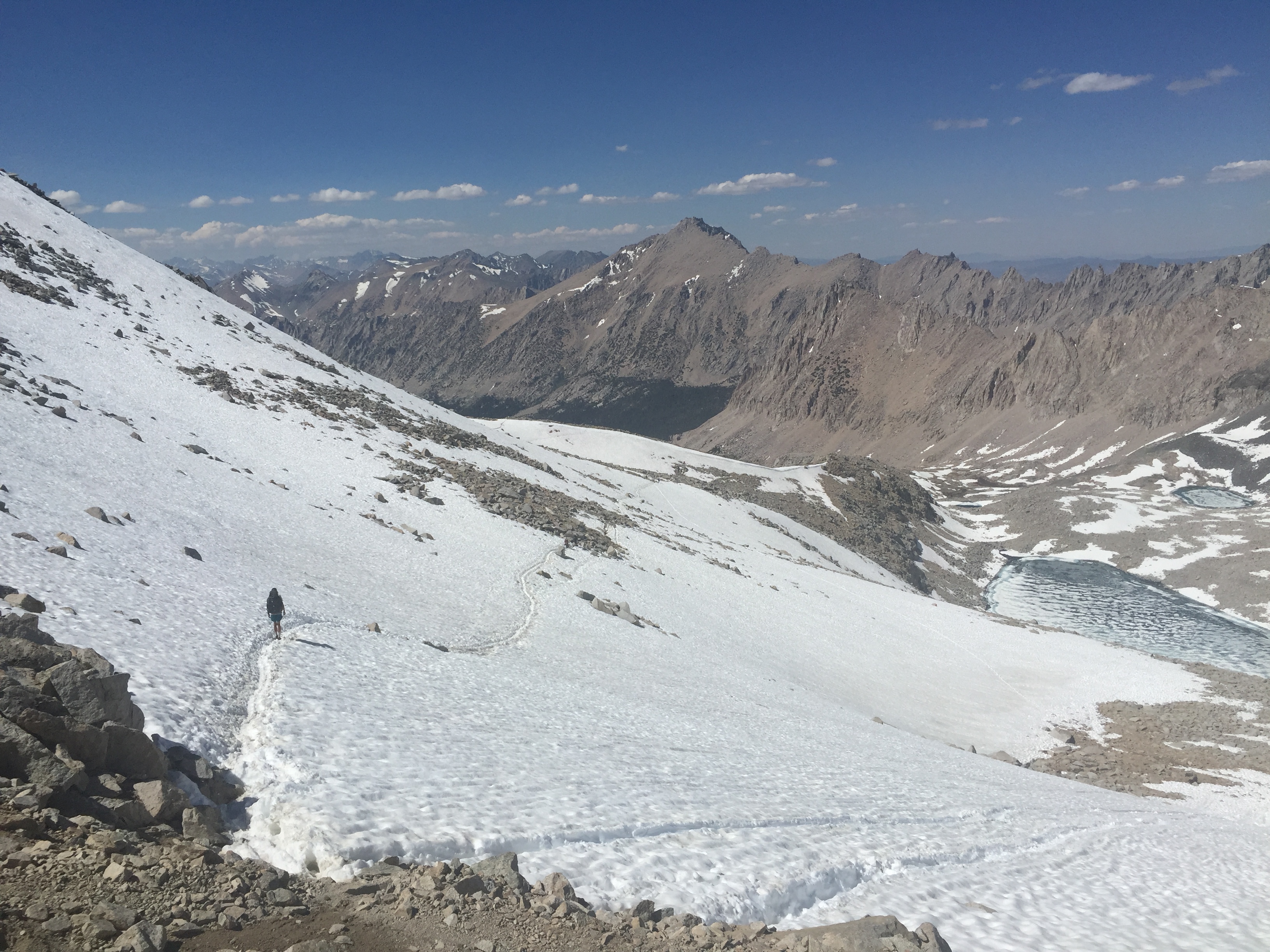 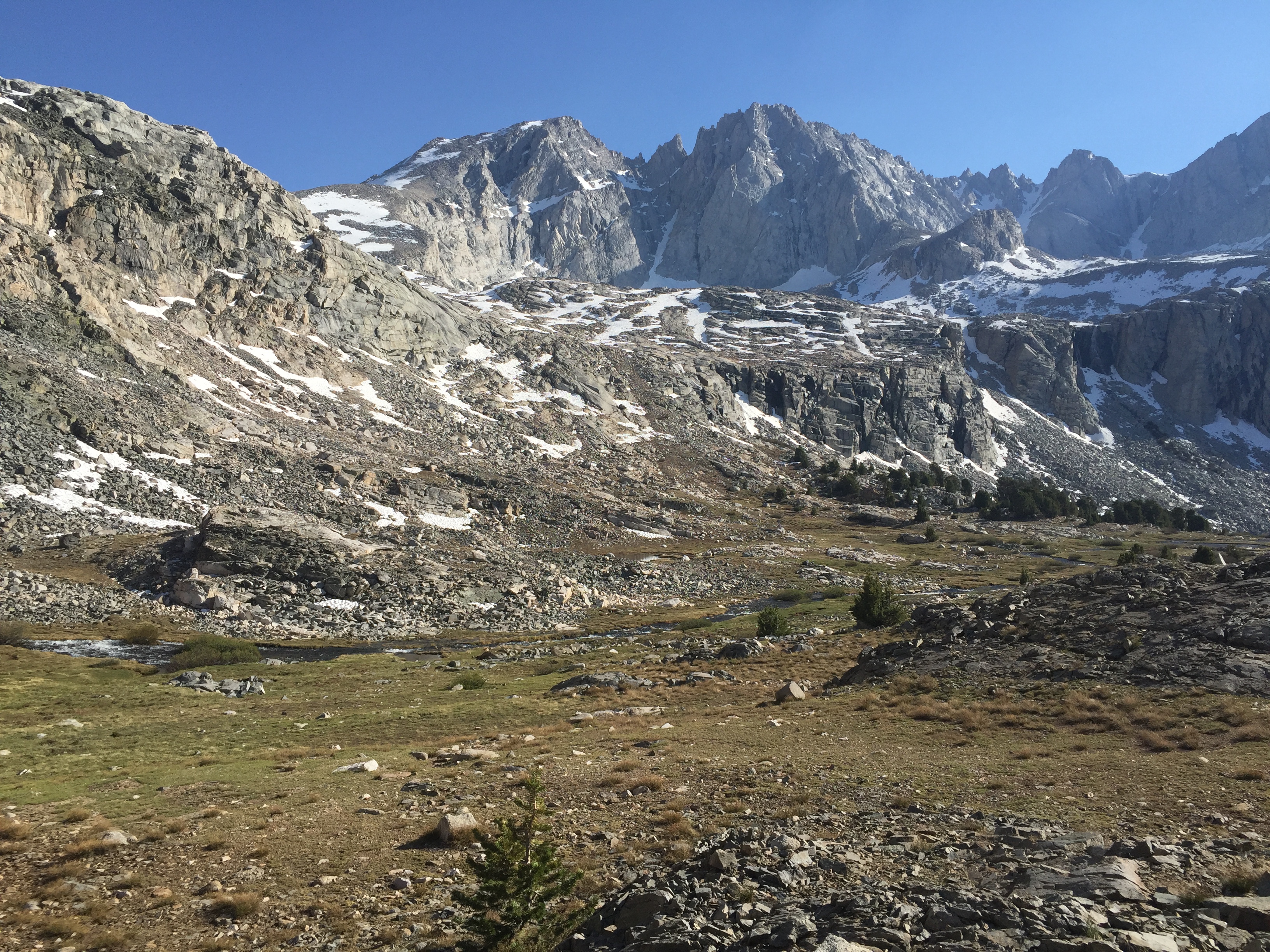 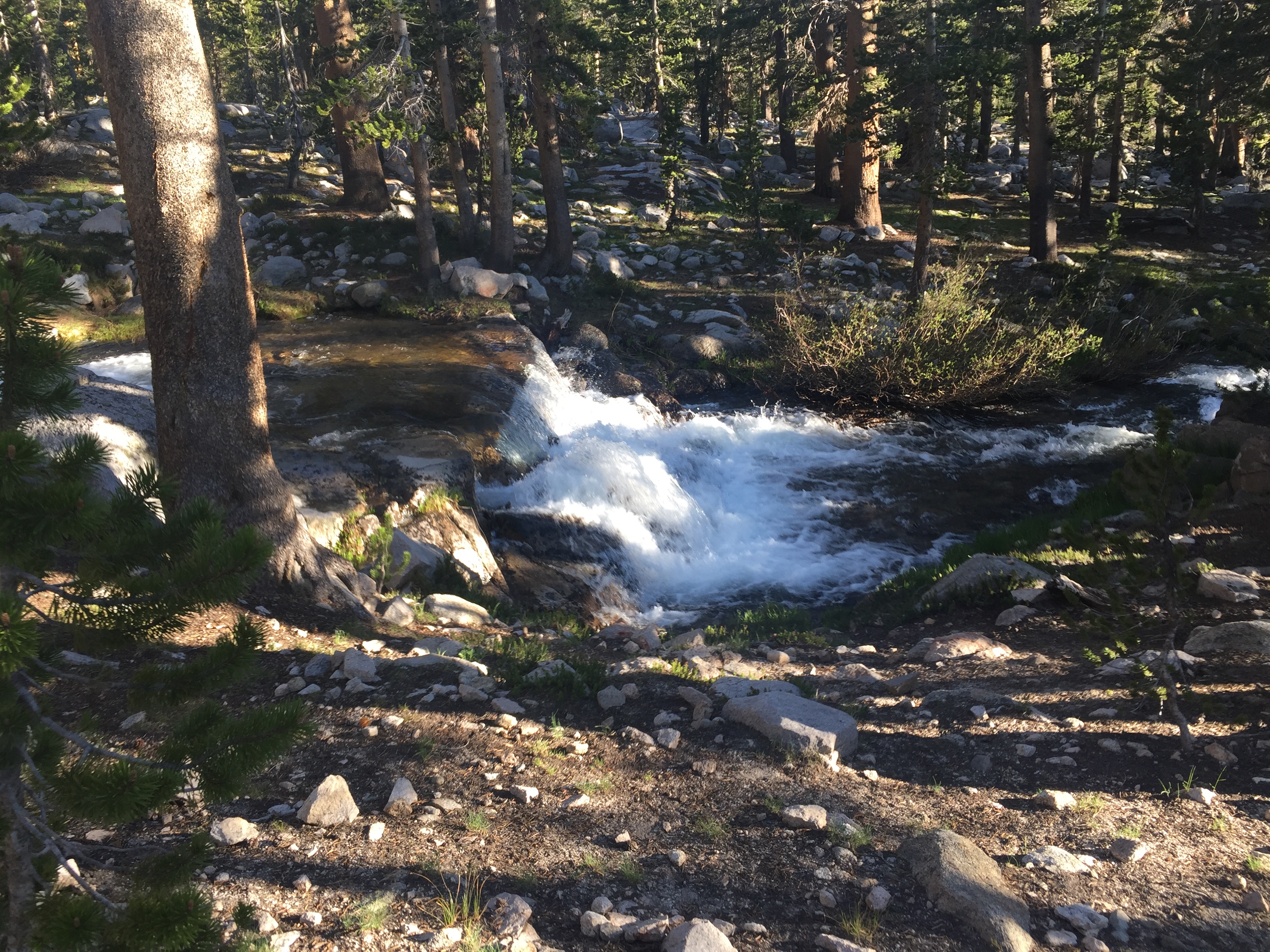 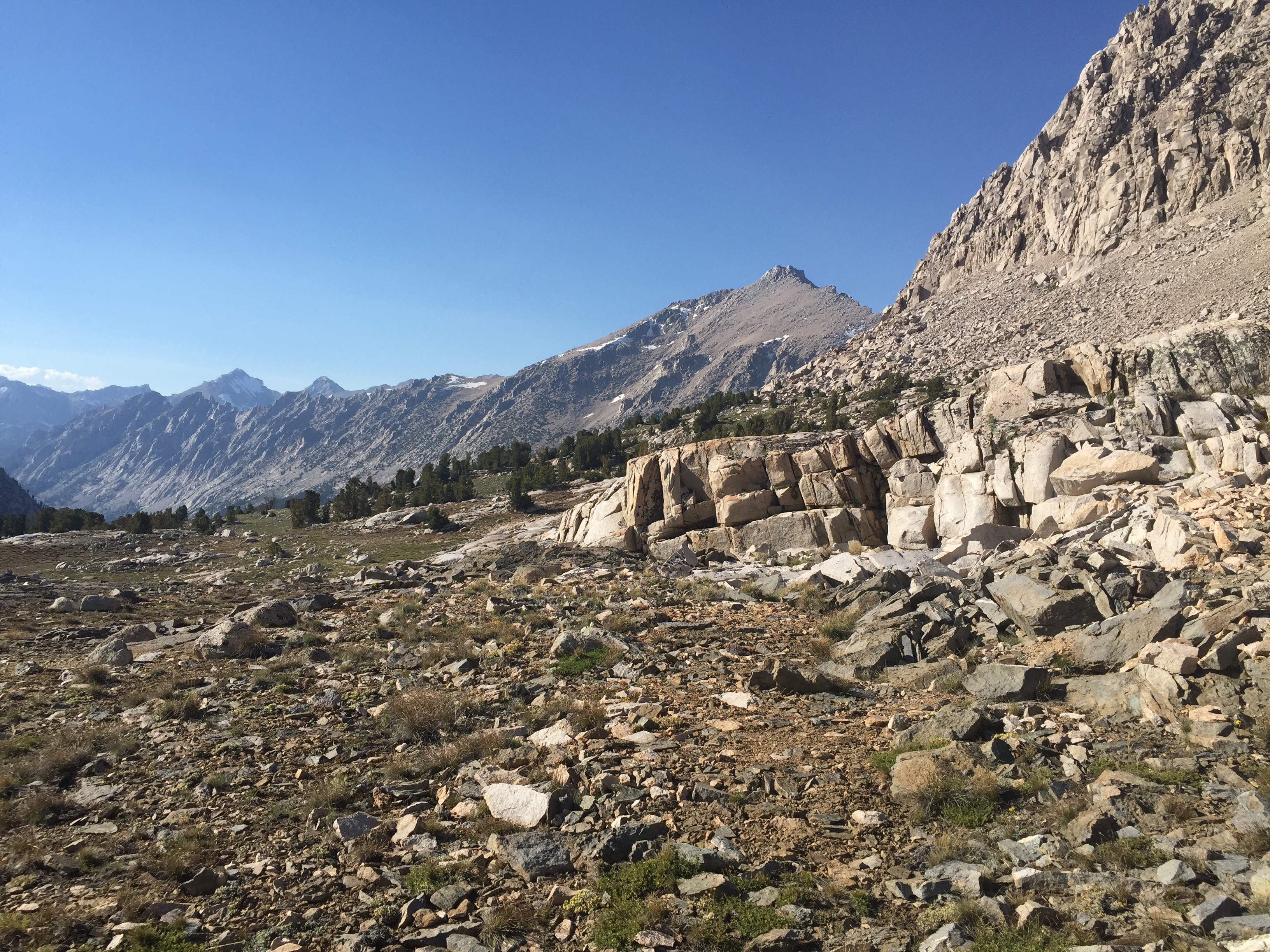