Start 77.36 – Stage coach RV
End 91.19 – 3rd gate water cache
Fitbit: 38,813
Got up around 6, took my time, cooked breakfast, bean soup, in the campground laundromat. Put my stuff together and headed out to hitch. Dave and Claire were barely getting going, OB and Banjo were about 30 minutes faster than I was. OB and Banjo were still waiting for the four mile hitch when I got there. We talked for a few minutes and I dropped my pack to get OB and myself a Fanta. Just as I returned we got a ride. Julie from Julian. Man, I love that town. So friendly to hikers.

.
We got back to the trail and the other two took off. I was stiff and slow. Longish climb of maybe two thousand feet, nothing hard, I just haven’t been handling hills well yet.

.
The trail leveled off and followed the contour for about ten miles, winding in and out of beautiful yet hostile terrain. I still struggled for an hour or two then hit my stride. I eventually caught up to Banjo and OB, re-met a couple of really nice Mexican girls, and made it to the water cache. This is one of the very few officially recognized water caches… I estimate there were 300+ gallons of Kirkland Signature Brand water. Signs up asking people to limit their take to three liters and don’t shower.
Camped with David, Claire, John, and Patrick. John provided the spirits, everyone ate at least two meals.
One of mine — super delicious miso soup with dehydrated Trader Joes rice and tuna fish.
7:51… Time for bed. But first, photos.
Feature:
Sunrise: 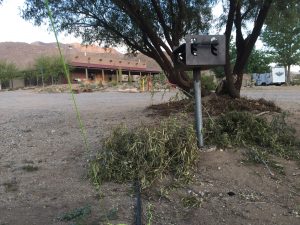 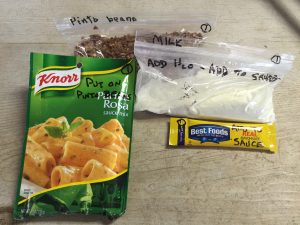 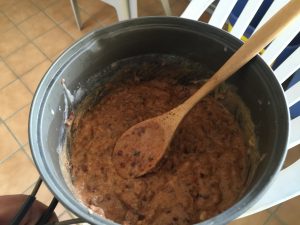 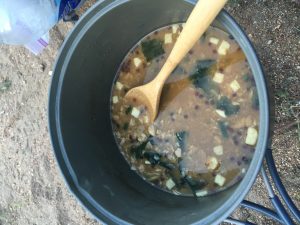 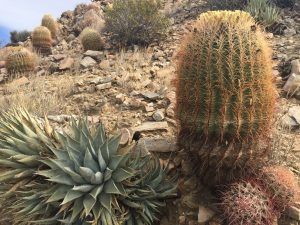 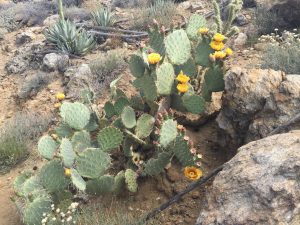 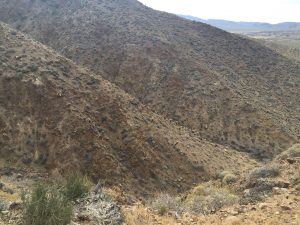 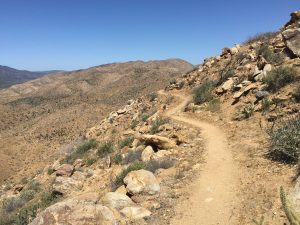 You know someone did it… 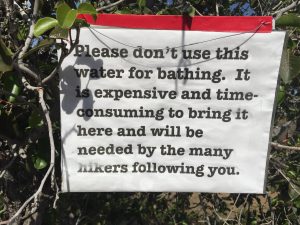 Climbing out of Julian