Start/end: zeroes.
.
I sat around waiting for my friends Moonshine and Spinach to show up. While I was waiting Jackie and several other trail Angels showed up and set up shop. I was planning to leave at four and Jackie sucked me in to the vortex with promises of good food! It worked. :p.
.
I did what I could to help with the setup. Secured the tents with cinder blocks and strung up the solar LEDs.
.
By two my friends hadn’t shown up so I decided to walk to the pass proper to see if they were waiting around there for me. They weren’t, but presto! I had internet access and was able to find they were behind and were on their way.
.
I used a one gallon bucket to wash my pits and underwear and socks… Not clean clean, but feel a lot better than I did.
.
The water source here is kind of fun. Reeds growing out of the source like it is some extreme planter box and all the animals come for water. When I approached I frightened off lots of grouse and rabbits, and there is a constant stream of bees and yellow jackets soaking in the life giving waters. I loaded 8 liters. NOT FUN to carry. :p 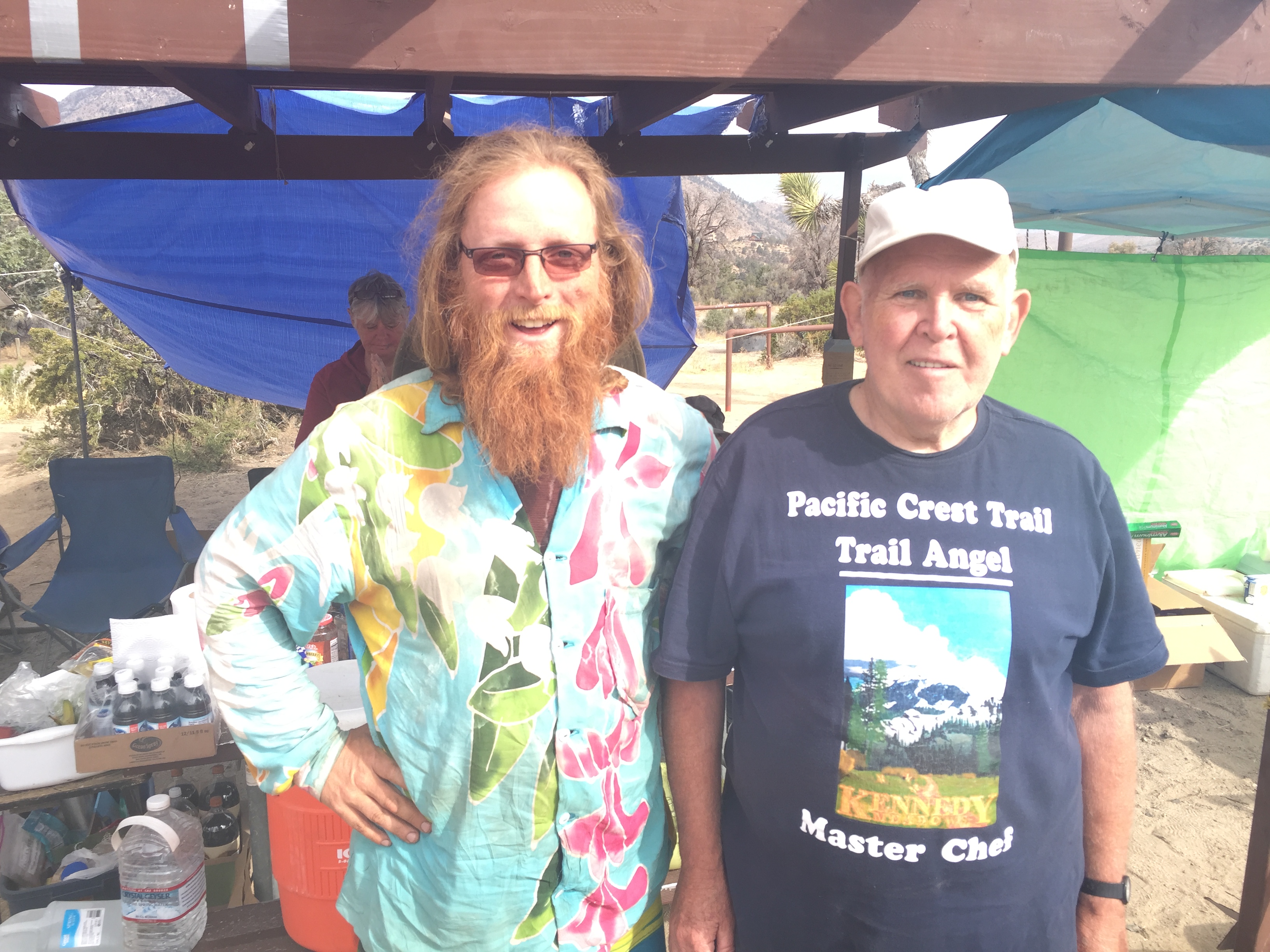 The one, the only, Jackie! 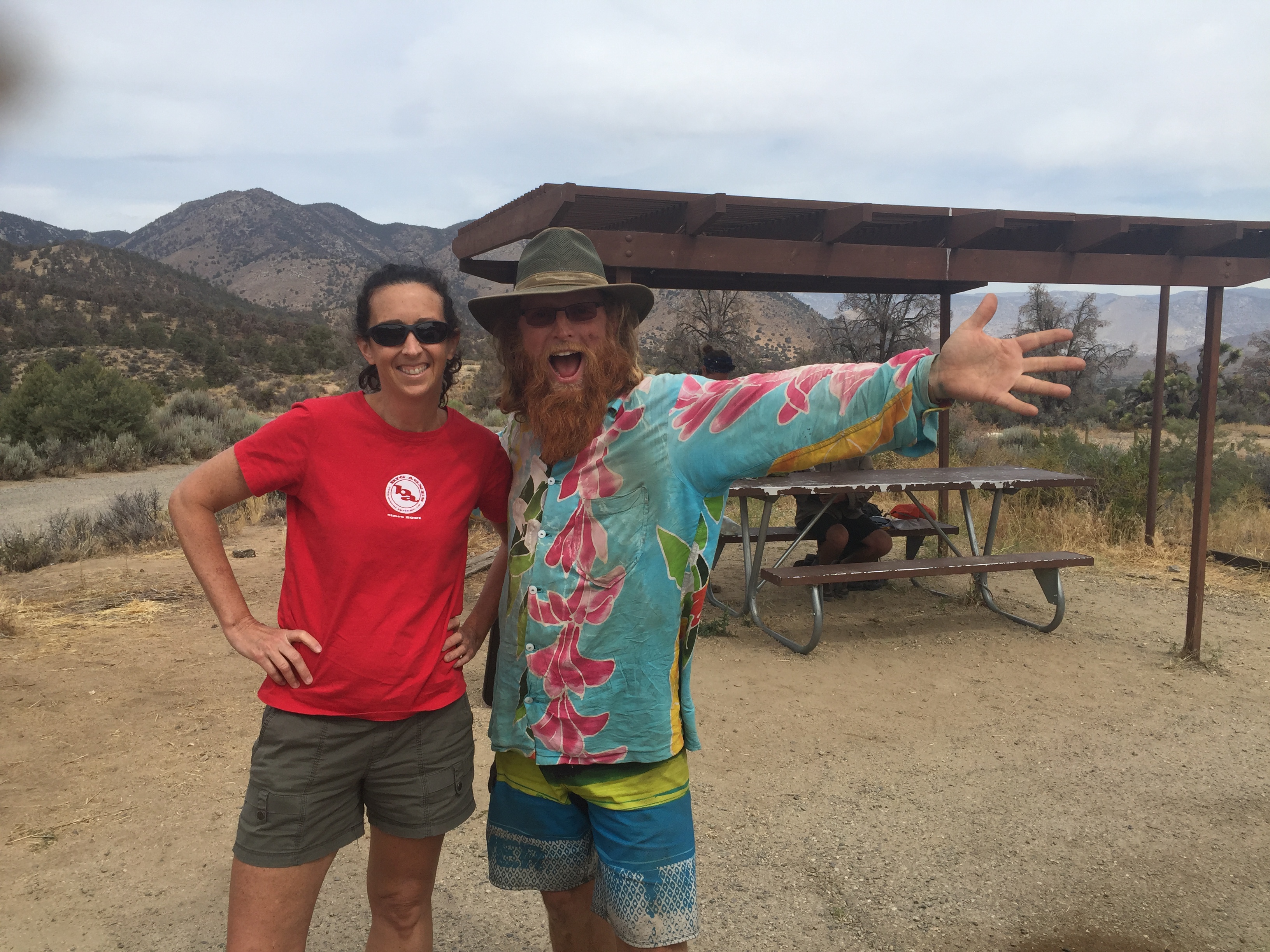 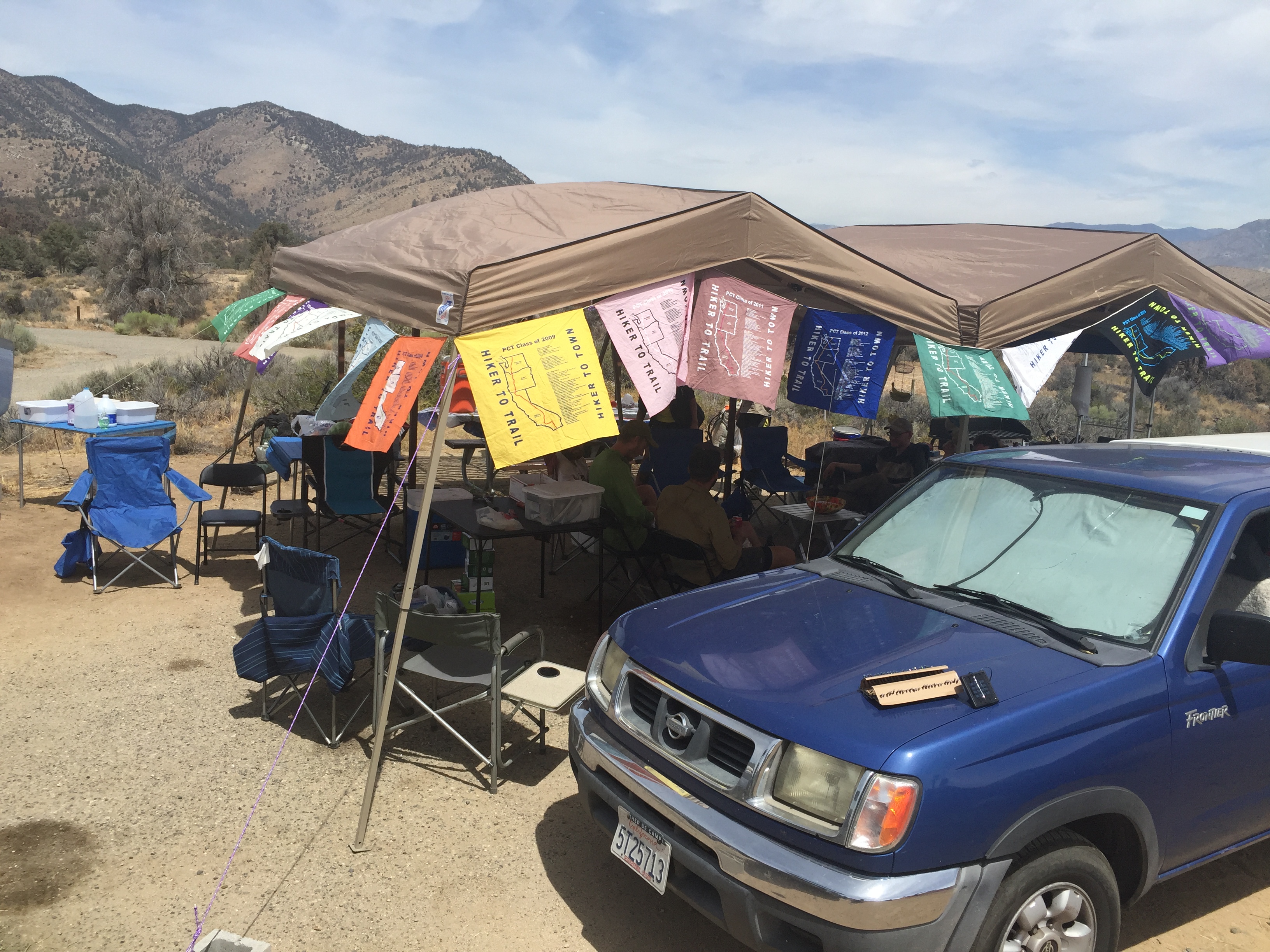 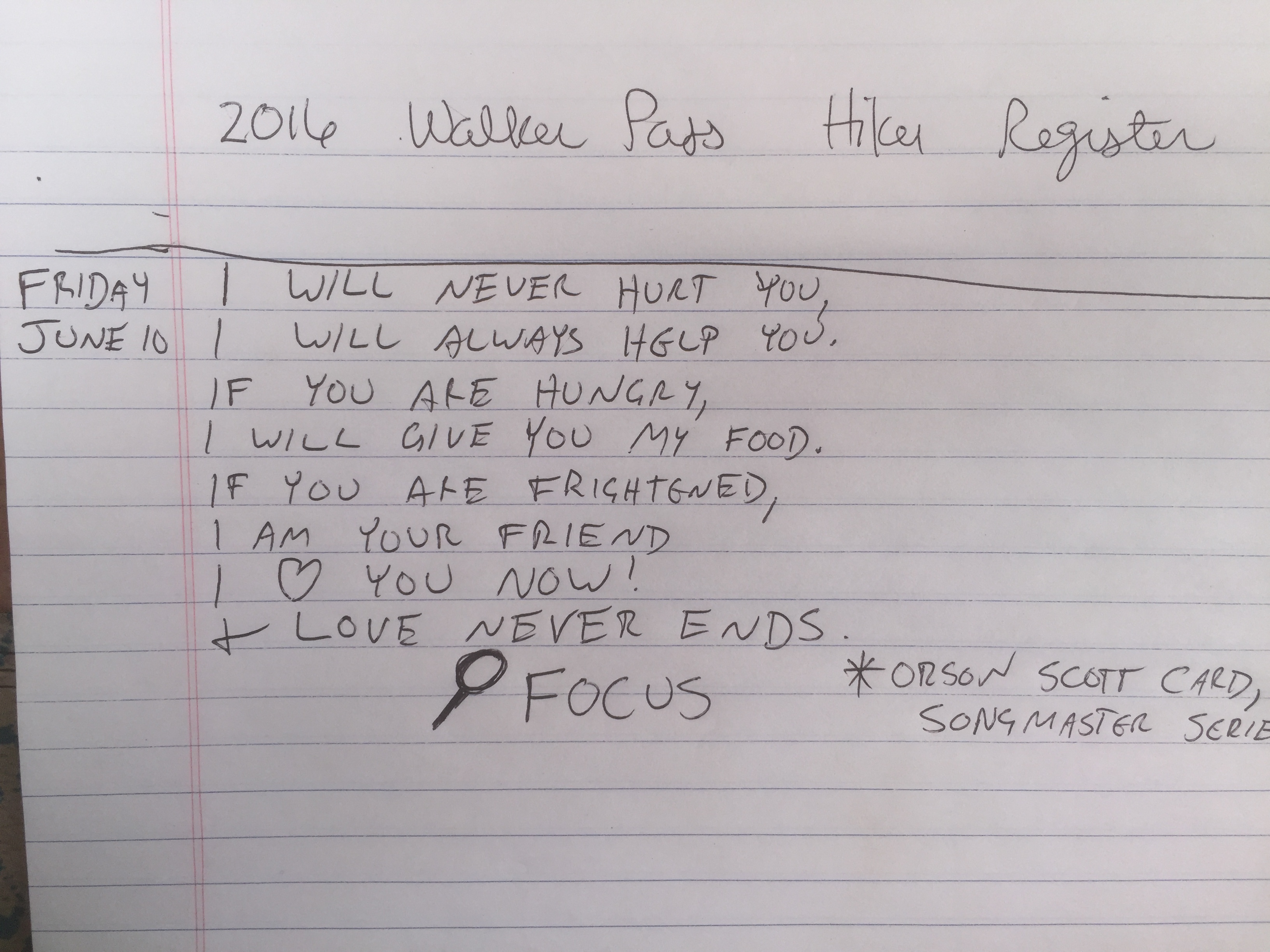 Reeds growing in water source, and the dripping source itself: 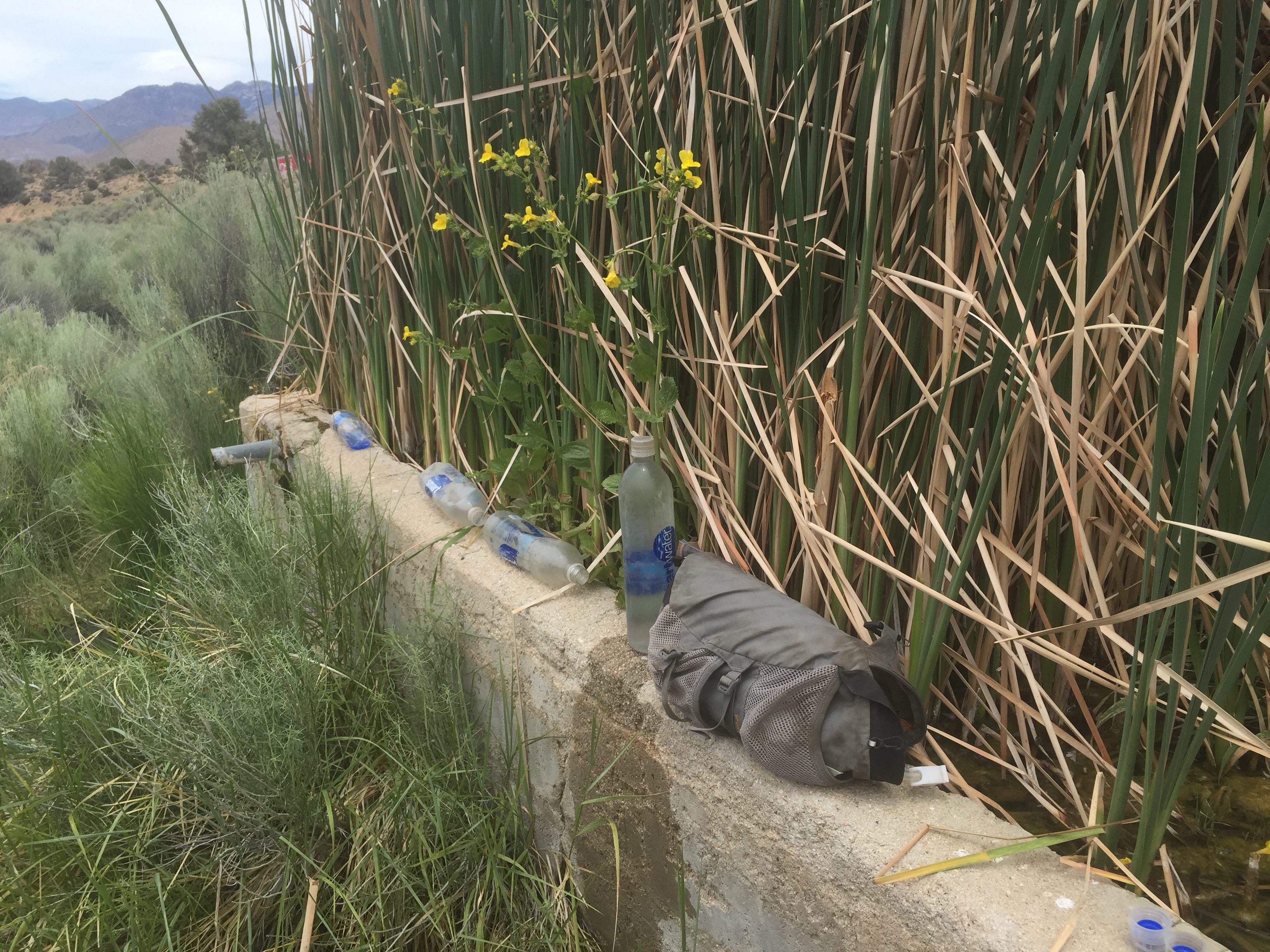 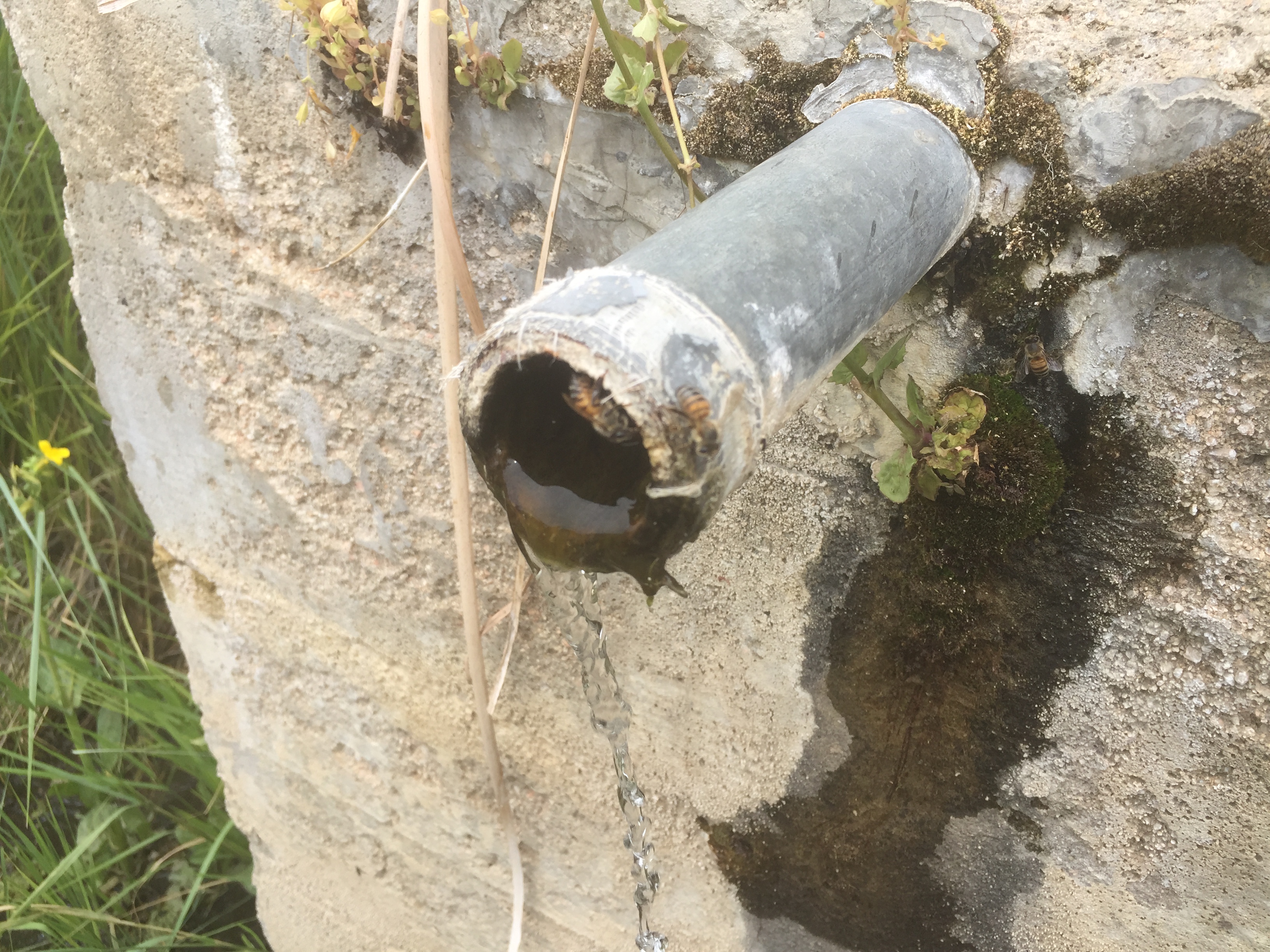 You want a beer? 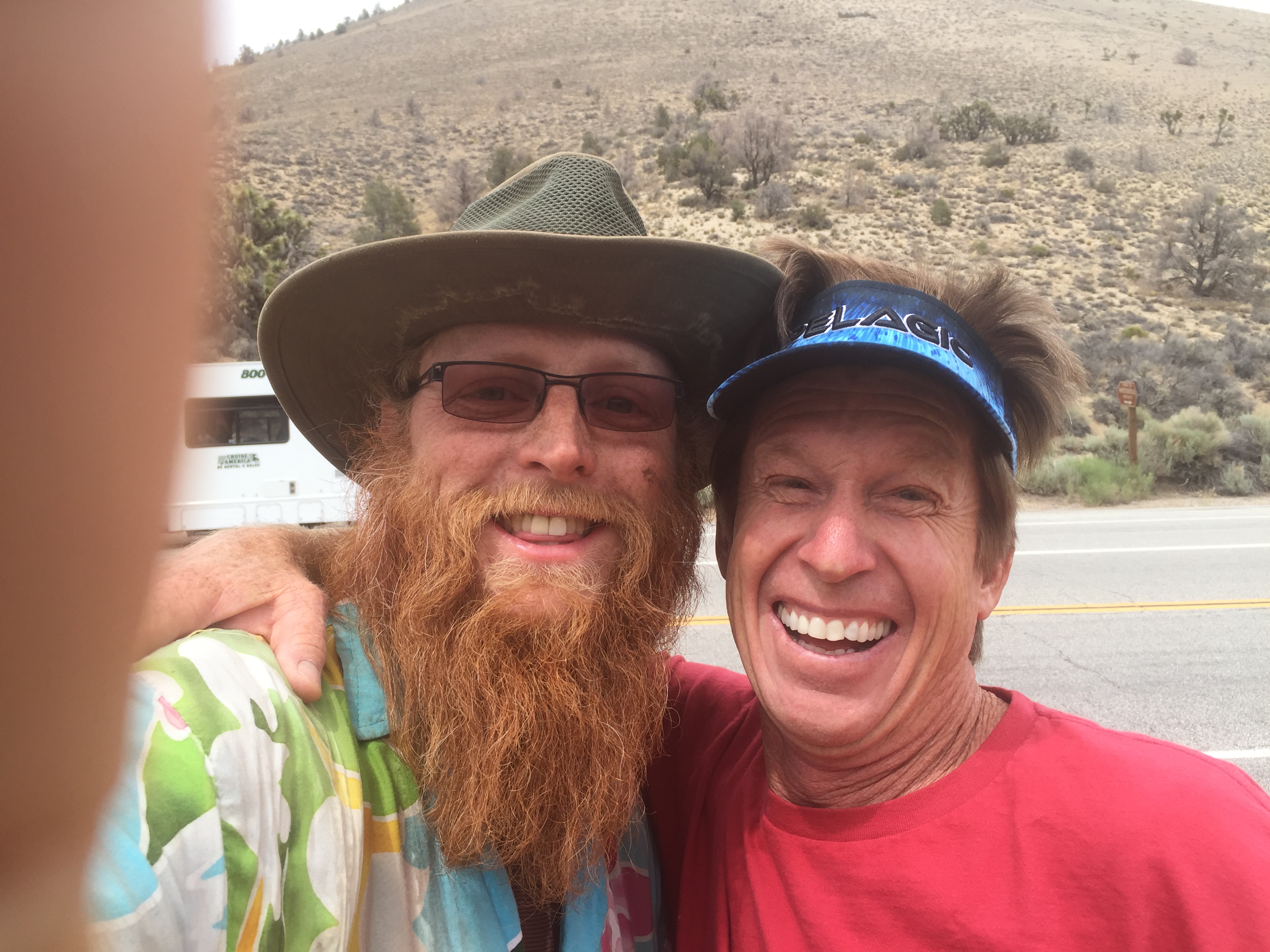 Previous post
Day 49: The march to Walker pass
Next post
Day 51: pancakes and a taste of the Sierras