Start 62.36
End: 77.3 – scissors crossing (Julian).
Fitbit: 40,175 steps.
.
Group got up late, 6am, and barreled down a hill for a mile. My legs needed time to warm up so I slowed down and the group sailed on. Caught up as they were taking off a layer as bodies warmed up and they took off without me. So I ran after them and kept dropping shit. By time I caught up I was so winded I had no chance of keeping up going uphill. Made me a little ornery.

.
The group pushes too hard followed by long breaks. They took a break at about five miles and I kept going at my own slower pace past them figuring that was the only way I’d keep up. At about six miles I came to a water stop and David and Claire were there! Yay! My original group showed up and were there for a long time when David, Claire, and I hiked out at a nice easy pace. Never saw my group again… Weird. At the pace they were trucking I expected I would. Near the end of today’s hike I ran in to a lady hiker who goes by huddles a few times. She seemed the definition of slow and steady wins the race.
I put in 15 miles, at the end there was some trail magic – had a shot of tequila and a beer. Two US Forest service guys were there, apparently cleaning up a LOT of garbage from previous hikers. had a good talk, those guys are serious about doing the right thing for the trail, checked permits, and talked about the ethics of the trail. He suggested I publicly shame the dude who built the fire and I did just that. People in the trail community might think their enforcement of the 50 person a day quota is a joke but the guy pointed something out… In 2013 there were only 300 hikers — this year there are over 4000. Yes, they were slow on the uptake, but they are taking it very seriously and anybody who continues to think it is a joke is going to be surprised.

.
While I was talking to the Forest service men, David secured my ride in to Julian. I arrive in Julian and huddles mentions her son is Steve Climber! No Way! He is the Flextrek Whipsnake guy! I have his shirt in my pack and got some pictures of me wearing it with his mother! 🙂

.
I had three goals in Julian. Laundry, shower, and Internet access. Carmen’s was closed but hikers were hanging out on her porch. Turns out that was the place I did my laundry. I didn’t get to meet Carmen herself, but if you ever read this, THANK YOU.

.
While running laundry I had good internet access and got several days worth of blogging posted.
Then, still wearing only my rain gear so I wouldn’t soil my clean clothes, I went to Mom’s. Free pie (strawberry rhubarb of course!), ice cream, and iced tea for PCT thru hikers! I love you Moms!
Then at David’s suggestion, back to past the PCT by four miles to Stagecoach RV park where a very hiker friendly lady who climbed rainier way back when waived the camping fee and provided free showers.
… Oh my god. Perfect!

.
Clean body, clean clothes, fully charged phone, great company, easiest tent pitch, fed belly,
aaaaaand – Clair French braided my hair for me. Sweet! There is no better way to keep my hair unmessy when going a week between showers.
.
Any time a thru hiker can put in full miles, visit a town, get clean, eat, and do chores, and then be set to put in a full day the next day… That is one hell of a fantastic day!
.
Photos:
Sunrise: 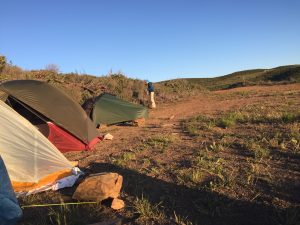 Plants and flowers and HUGE ASPARAGUS! 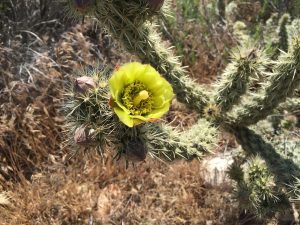 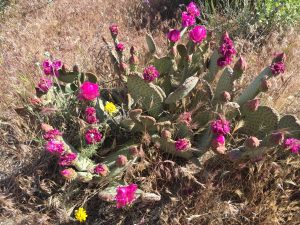 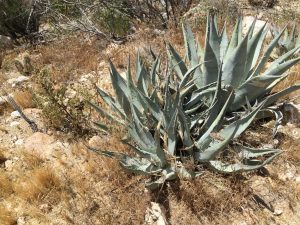 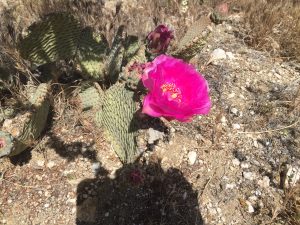 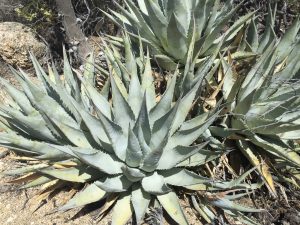 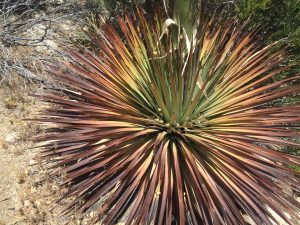 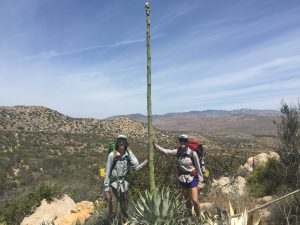 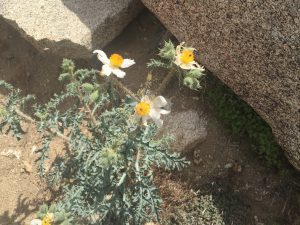 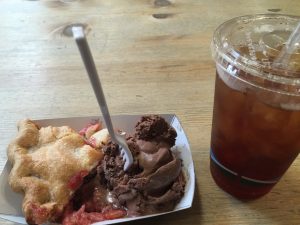 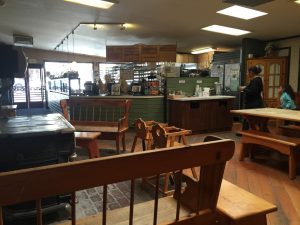