Start 436.08 North Fork Ranger Station
End 444.31 Acton KOA
.
Woke up this morning and no one was interested in big miles. We took our time, ate, used the facilities, and got moving. I started a few minutes ahead of the group, unsure if I was feeling strong or weak today, and about five minutes later the rest of the group flew past. They were half jogging on the downhills, and there is no way I am playing that game.
.
Let me try to explain something… My feet, my legs (this is true with most of us I believe) are always tight. After moving for a few minutes they warm up and loosen up, but if you stop for a twenty minute break you have to start all over again.
After a break:
Walking is difficult. I start out at more of a hobble.
Stretching, especially calf stretches help some… But they help more when you are cooling down and still want to be mobile around camp than before warming up.
On most days, 5-10 minutes of walking will warm your core up, and that warms your muscles and joints enough that you can safely exert yourself. On a cold (especially downhill) day this can take much longer.
Running is out of the question. Even when I am fully warmed up, running feels way too dangerous and tight on my ankles and Achilles. This isn’t true for everyone, and I hope when I finally get my legs it resolves itself, but for now… I just don’t run.
.
A few other notes: nearly a week off trail didn’t alleviate this tightness.. Overall my feet are doing way better than average, no blisters, but I really hope this tightness goes away eventually.
.
Back to today… One new person, Kodiak, and her dog, a beautiful labradoodle named hooli(short for hooligan) left camp right before I did. Every time I rounded a corner there was a flash of red and a dog, maybe 100-200 yards ahead. Right at the end of the eightish miles everyone from camp piled up and met a trail angel named Coppertone. He was a little ultra religious for my taste, but hey, coconut creme pie and bananas go a long way to making any walk of life my friend.
.
At the KOA we discovered pizza delivery was $33 for a large two topping. Outrageous. We all took showers, did our laundry, and then Kodiak and I hitched in to town and went to “The original Acton market” not to be confused with “The Acton Market” across the street.
This place was amazing! Large combo pizzas for $10. Watermelon, cakes, steaks, avocado, cucumber, it was maybe the best provisioned small grocery store I’ve ever seen. All the avocados in perfect ripeness. I bought:
A pizza. Duh
Two avocados.
A cucumber.
A six pack of a grapefruit ale.
In addition, Kodiak bought a watermelon.
The ale ended up tasting like Squirt, I drank one and traded/gave the rest away. It wasn’t “bad”, it just didn’t seem right… Like no sweet alcoholic pop.
.
We sat there outside the store for a while blissed out on too much pizza and walked half of the four miles back before we caught a ride. (Note, didn’t drink beer till we were back).
People gathered, we shared the beer, pizza, watermelon, and just sat around eating or talking or petting Hooli until it was time to go to bed…
.
There is a totally obnoxious bright as the sun security light beaming straight in to the camp area from where they are doing construction in the KOA. I considered covering the camera up while I hopped the fence and turned it off but wasn’t feeling the nerve. Bastard light will probably wake me up a few times…
Funny, I’d be more comfy sleeping in the bush. FAR away from lights and trains. Imagine that. 😛 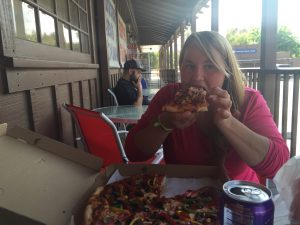 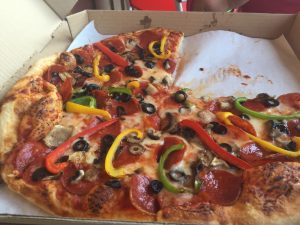 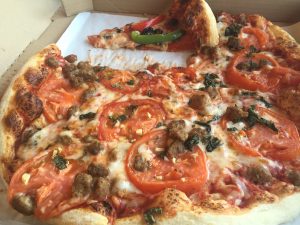 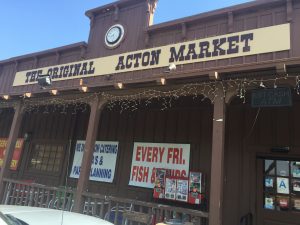 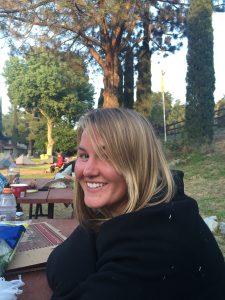 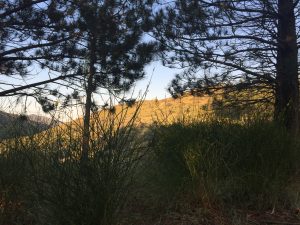 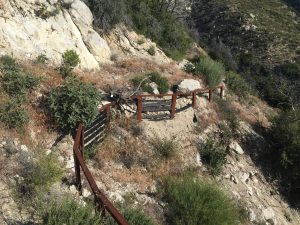 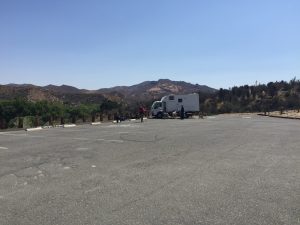