Start: a camp above Wrightwood
End: Wrightwood – The Holistic Spa
Yeah, no miles, my ass hurts and I hitched to town to park my ass… So it can heal.
.
I woke up this morning to a female voice shouting “No” and a whistle blowing. I jumped out of my tent and ran around trying to figure out who was being assaulted to find it was kids chastising a dog and blowing a whistle at the dog… Fucking shit.
.
Well… Now I am awake.
I hitched to town with a guy I met yesterday. Don’t remember his name and I feel a little badly because I didn’t thank him properly. He took me to the local hardware store “Mt. Hardware” – no relation to the outdoor gear brand. They had free donuts for hikers and a BADASS old school PCT blaze sticker which I put on the back of my phone case. I bought a new sheet of tyvek to replace the one I lost. Another hiker on his way to town gave me the number of a place that houses hikers for $10 called The Holistic Spa.
.
The hardware store pointed me to a cafe with pretty badass omelettes with everything on it. Gabbed with a few hikers, was informed by Spoon that he was rejecting his hiker name. BOOOOO!
.
The spa called and it was time to leave and meet up with them. Apparently at this point I left my hat behind and lost it. I wandered a bunch of helmeted people ready to go down a zip lines, managed to make them laugh, but don’t remember why. Headed out to the spa, and boy are these folks characters!
.
The place is run by two awesome black women with nicknames Kitty and Peanut (real name Novel), huge personalities. A husband, and an enormous dog named Jake. I showed up with another Charlie which is definitely confusing at times, and realized other people are coming so I expedited getting my shower and doing laundry.
.
Guess what? The new people were Blaze and Twang and Storyteller and Hobo Joe and one or two others. SWEET. We all decompressed for several hours, got a ride out to get burgers, and a beer, the women found me a new hat… Maybe not… then we couldn’t get a ride back to where we were staying in the dark. Time to walk my sore ass back.
.
One problem… Nobody really knew how far it was.
.
I started walking/hobbling in the right direction with two other guys, they passed me quickly. One mentioned google maps so I found where the maps said what would be the location… About two miles past where I expected it to be (four total) and kept walking… Walking… Walking… The rest of the group appears in front of me and argued about where the place was and I decided that Google is right so much more often than wrong that I’d trust it and just keep my tortoise march and go.
…
Google was wrong.
.
We got back to the place, and someone pointed out that tonight, and several other nights — are adult slumber parties! How cool is that?
Time for bed.
Charlie. Err Focus. 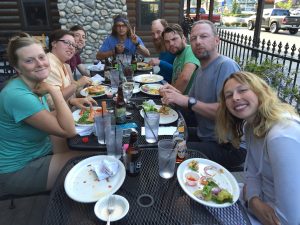 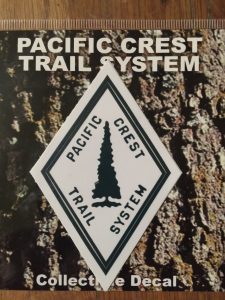 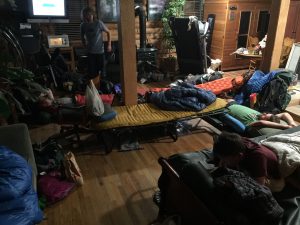