Start: 300.92
End: 318.0
Lots of frogs and crickets to serenade me to sleep last night. 8 miles to the hotsprings with Nick, Squirrel, and Clockwork. We split up at the springs, the women didn’t stop.
.
I spent three hours or so at the springs, and ran into Hugo and Mia.
Mia was wearing a really pretty dress, and in a brain fart told her she looked ‘famishing’… One or two people looked at me puzzled, and we realized I meant ‘ravishing’! Haha! I think she could take famishing as a trail name.
I soaked, appreciated the naked bodies, thought about staying for the night but realized I would have to contend with partiers all night so moved on. A few mild sunburns later…
.
The hike out from there was pretty dramatic, hiking along a canyon until it suddenly opened up to the Mojave Desert to the north, and a huge dam that doesn’t appear to have any purpose, not damming anything other than being an eyesore.
.
Ran in to my first water crossing that required getting wet. Sandy bottom so I took my shoes off and crossed.
I hiked late, tried finding a campground, didn’t find it, sun set, and just as it was getting dark found where Trash Panda, She Bear, Nick, Squirrel, Clockwork, and a few others. I was exhausted. Threw up my tent, and although I was famished I simply ate some gorp and passed out.
.
Sunrise: 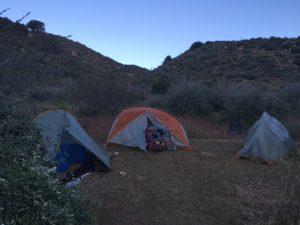 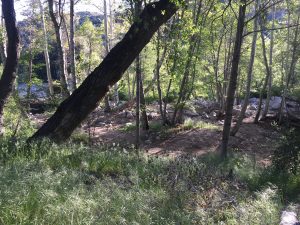 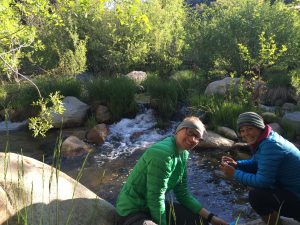 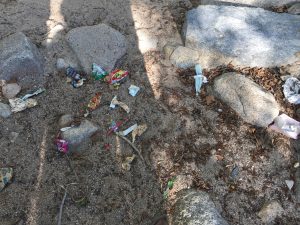 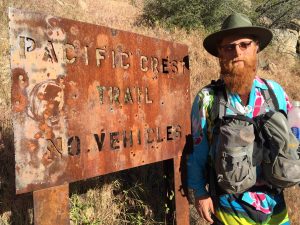 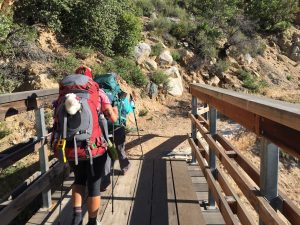 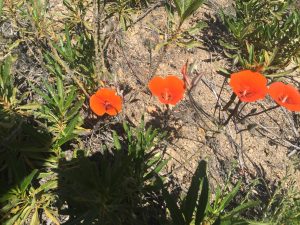 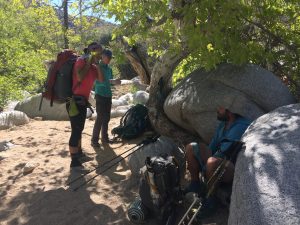 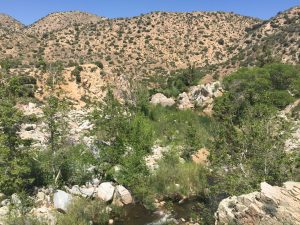 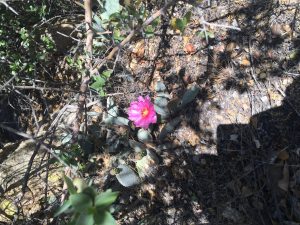 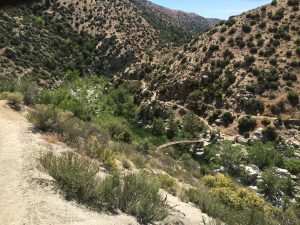 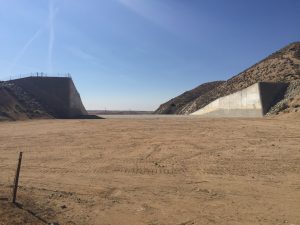 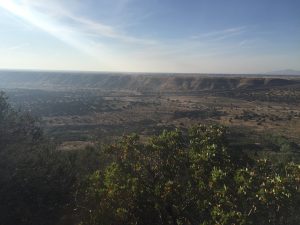 Bridge
Welcome to the Mojave, we've got heat and sand!

Previous post
Day 18: This Is SPARTA!
Next post
Day 20: A hard day… With a few awesome things.