Start: 193.62 bush camp
End: 210.8 Ziggy and the Bear
Fitbit: 44,910
.
It turns out that my low miles yesterday was a lucky break. I had low wind last night and slept well. Pretty much everyone who went further was more exposed and suffered windmaggedon.
.
I woke up with 1.5 liters of water and 12 or so miles to the nearest water source. Easy in the cold, but I’d be in trouble if I had to walk with so little water in the heat. So I was off by 6:05. I was on a mission. I was *still* going down down down. A total of 9000+ foot drop from the peak where I started yesterday. I only saw three people before I reached the water, and one was a girl traveling with a squirrel… I asked if she had a trail name, she said no, so I named her the obvious.
SQUIRREL! 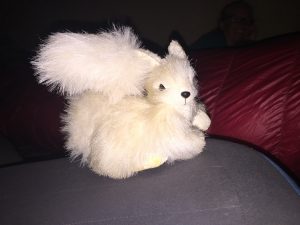 She accepted. I’ve named two people now. (Banjo also)
I walked with Squirrel and Robin from the water to Ziggy’s, and the wind, again, was fucking nuts! We were walking on loose sand. Lost my hat at least five times. Full body sand blasting!
.
Finally made it to Ziggy and the Bear’s… Only having eaten maybe 3 cups of gorp, just after 2pm… So 17 miles in about 8 hours! Not bad.
.
At Ziggy’s I washed my hair in a sink, my body in a cold shower, and my clothes in a bucket. Got my food box, ate almost a whole pizza, and am now about to sleep like a sardine.
… I am not giving Ziggy and the Bear nearly enough attention in this account… Ah well.
Sunrise: 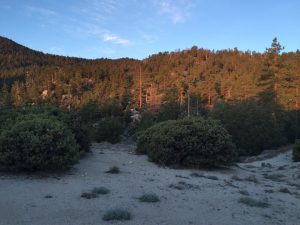 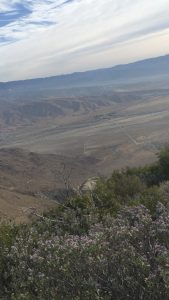 A lot of the rocks in this area had a lot of neat striations and intrusions. 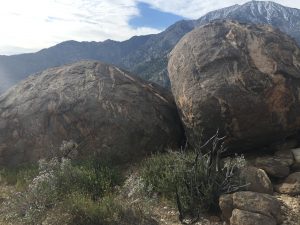 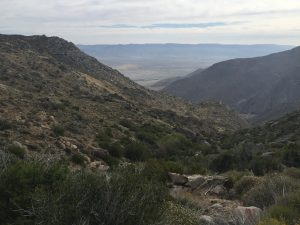 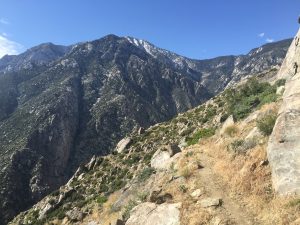 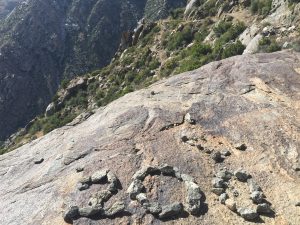 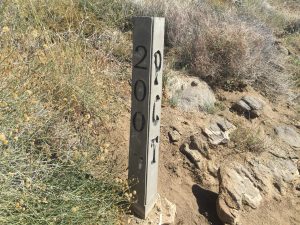 Tons of lizards (and a big snake, I think it was a California Nightsnake —  http://www.californiaherps.com/snakes/snakespics.html) today.  This one let me get the camera really close which is usually impossible.  He was running on a vertical rock like it was nothing. 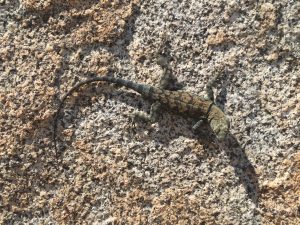 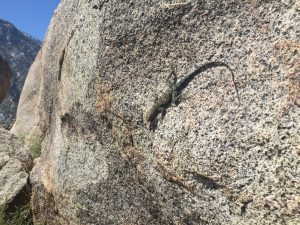 This was the first time the PCT was paved. 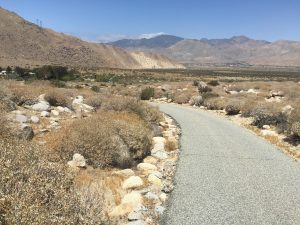 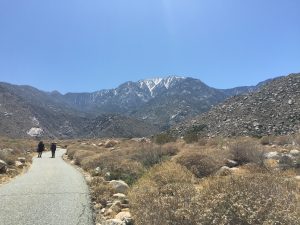 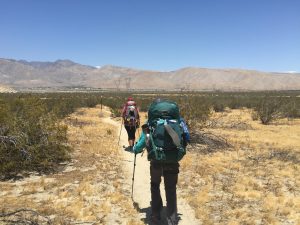 This last one is SQUIRREL! 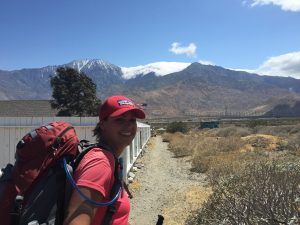 Previous post
Day 13: I slept on a mountaintop
Next post
Day 15: A zero from here to there