.
I woke up around six, full house, nobody up, snoozed a little. At 6:30 I started rolling up my kit as quietly as possible… No sign of life from the others.
By 7 I was ready to go. First signs of other life. Well, an early start wasn’t happening so at 8 I wandered over to the outfitter and waited till 9 for them to open. They didn’t have what I wanted so I wandered towards the trailhead while the others went to breakfast. A few blocks later, without even trying to hitch, a really nice man, Ned Roberts, stopped and gave me a ride to the trailhead.
.
Trailhead was about 6400 feet, I motored up the first part to 8,100, took a break expecting to keep motoring, but no. The rest of the day was pretty much pure torture.  The last 1000 feet or so I took ten steps, stopped to breathe twice, took ten more steps, etc.  it was the only way I could make myself move enough to matter, otherwise I was taking longer and longer breaks very often. I was at the trailhead at 9:30, didn’t make it to the top until 4:15ish. Lots of people, took lots of photos, and had a tuna fish sandwich for dinner.

initially I intended to rush down the mountain and find a camping spot before dark.  Instead I stayed in the four man cabin at the top with six other people. 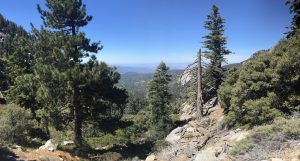 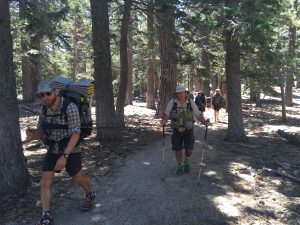 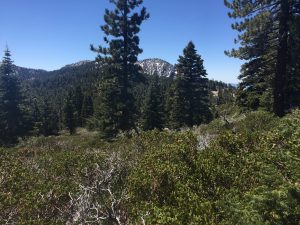 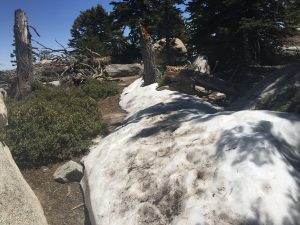 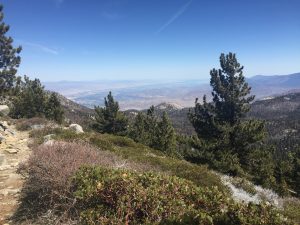 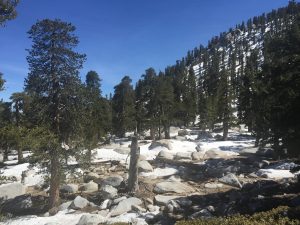 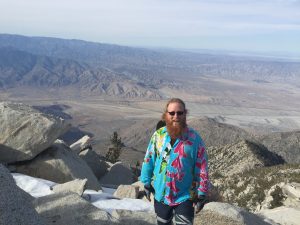 Previous post
Day 11: resting is a lot of work.
Next post
Day 13: I slept on a mountaintop