^^ title is a pneumonic to remember the Supreme Court justices last names. I’ve been listening to the podcast “More Perfect” about the Supreme Court.
This entry is going to have to suffice for four days, been a little lax.

.
… Later… Huh, had no idea I’d write so much. Could have made these distinct posts.

.
Day 112
I left Drakesbad and ended up in the Lassen wilderness. You might call it the burned down wilderness! In spite of all the burns I have already walked through, this one still shocked me. I think it is the sheer number of tall straight tree husks left standing, dead.
.
I ended up getting water from a lake with millions of frogs covering its dehydrated shore. I tried getting it on film, but I am not convinced the video does it justice. I can’t imagine why the site wasn’t a feeding frenzy for birds. I will say that it was remarkably void of insects. 🙂
.
Day 113
I ended up in Old Station in time for lunch. I started by ordering “I’ll have a blonde”, and was oblivious to how that might have sounded to the too-young waitress, idly wondering why she seemed to be in a bad mood until I put two and two together like 15 minutes later. Yep, you guessed it, she was ultra blonde. Oops! Haha. The place had good wifi and I ended up sharing my table with another hiker. He bought me a second round and I decided I might as well have a second meal too.
.
I filled up to my max capacity of 5.5 liters for the hat creek dry area, and after putting my pack on and being crushed by the extra weight I decided to hitch past 30 miles instead. An old timer picked me up. Logger. Made a point of moving his gun out of its hidden spot in the divider between the seats and in to his door handle. :eye roll: hey mister, I might be crazy but I’m not dangerous. <– yes, I actually said this. Other than his shenaniGun, he was personable and seemed happy to take me wherever I wanted to go. Oh, yeah, and now that he is dropping me off, here is a pamphlet all about the lord he gives to all the people he gives rides to. :EYE ROLL: I’m sure the landfill will appreciate it more than I did. Old timer was pulling all the cliches. But hey, now I’m in Burney.
.
I ate again, then deciding I really would rather camp on trail than pay for a motel set about finding a ride. I used a tactic that seems to work fairly well and hung out outside a Safeway which was an unusual Safeway due to the fact that there were no tables to sit at. Being the resourceful hiker trash that I am, I took a plastic chair off the stack they were selling and parked my butt on it while I used a handy outlet to recharge my phone and battery.
.
A cute (Safeway) employee gave me a ride, she decided I was safe enough, and I appreciate that. She also said she’d never gives locals a ride, so either I made a good impression, or she knew hiker trash in general are a safe bet.
.
I walked about a mile in and found trail magic picnic benches set up. Bonus! I donated my last two bucks in cash and camped there.
.
Day 114
I ran in to King Arthur as I was slooow breaking camp and walked with him and Ice and Soda to Burney Falls. I promptly lost then as I got my resupply package and installed a new (smaller because I have lost weight) medium sized hip belt on my pack. Wow, I didn’t realize how badly my pack had been fitting till I dialed it in! Feels better.
.
It was freaking hot, I suspect 100 degrees. Six miles out of the falls I took a dip in a creek to cool off and rinse off some socks and underwear. I camped three miles later at a sketchy water spring… That had LTE. Sweet.
.
Day 115
Another 10ish am start. Geez, the hot days around here take a long time to get to temperature. I really ought to start earlier. Looks like I did 16 2/3 miles. That’s actually better than I expected.
.
King Arthur must have passed me during my late start. His, Soda’s, and Ice’s prints have been tantalizingly fresh all day. Never actually caught them, and stopped to set camp when my feet hurt. 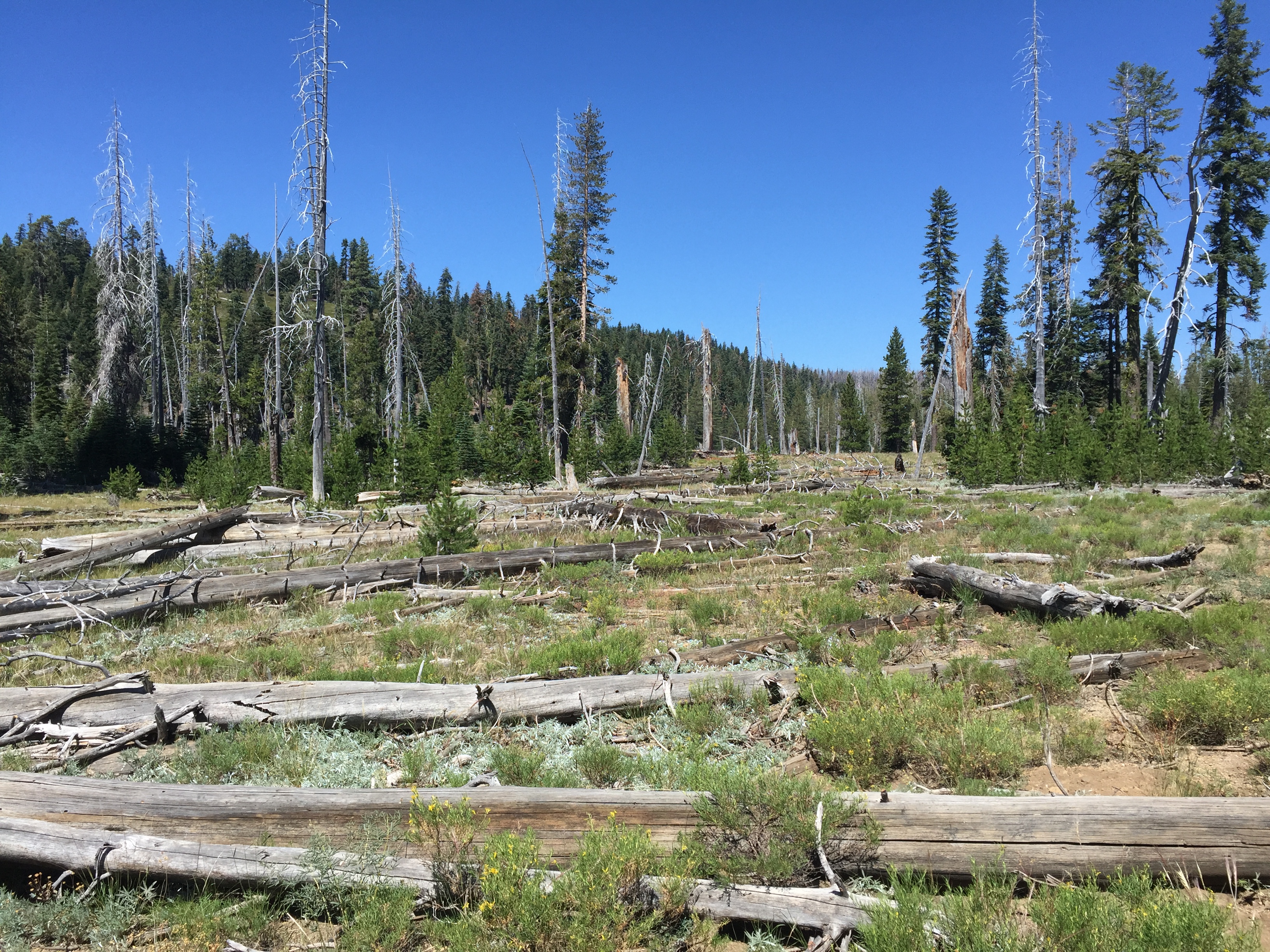 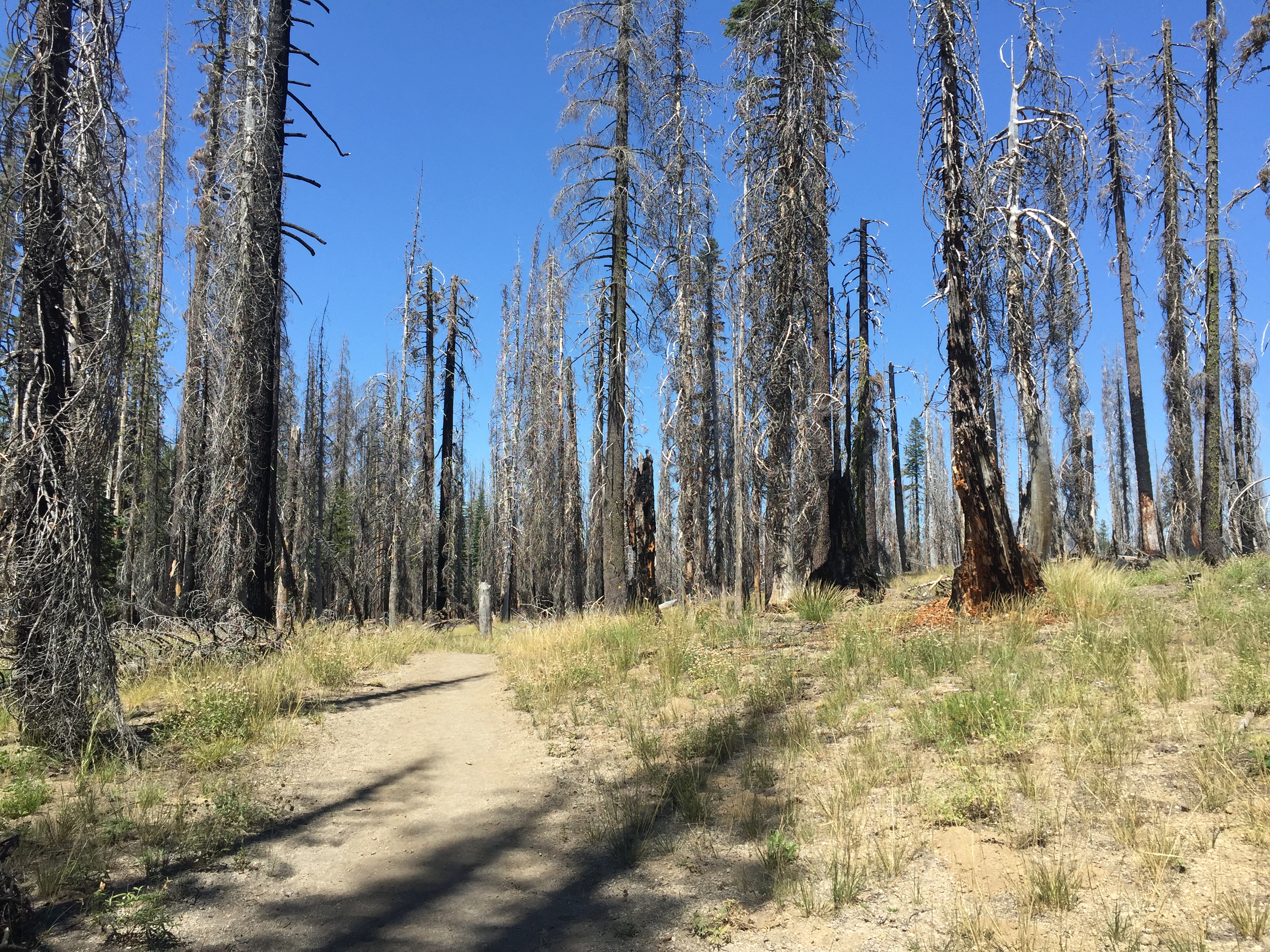 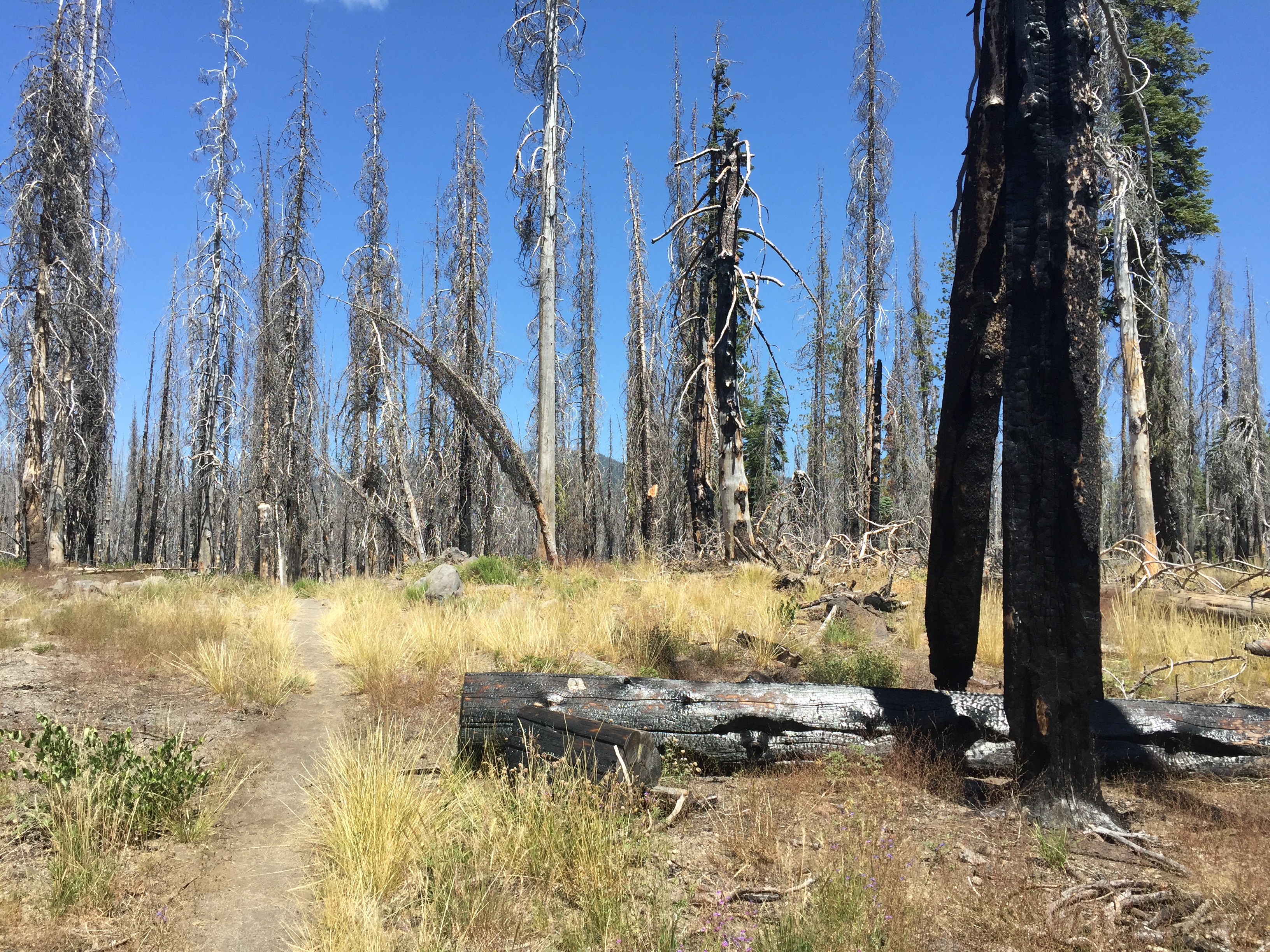 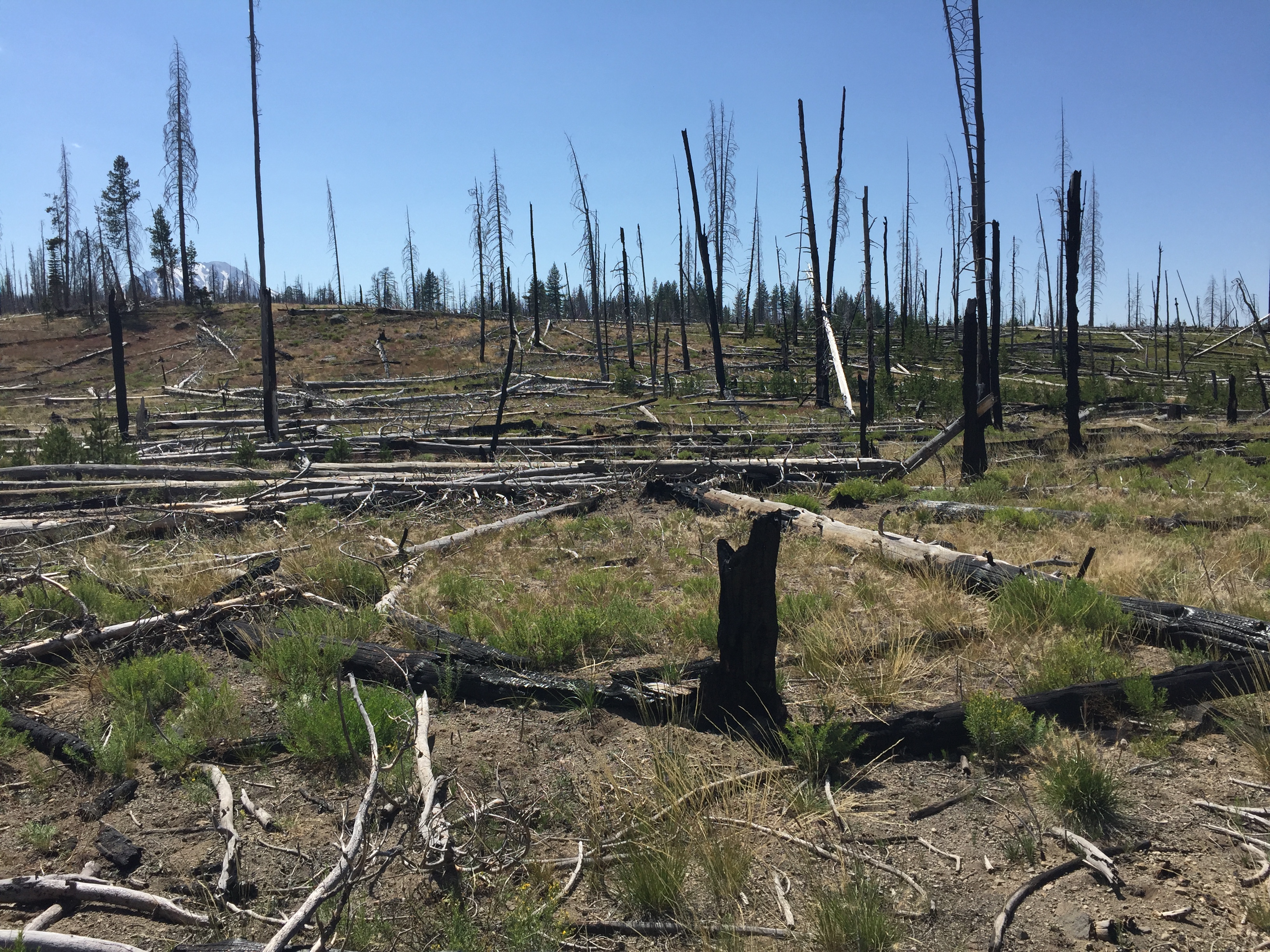 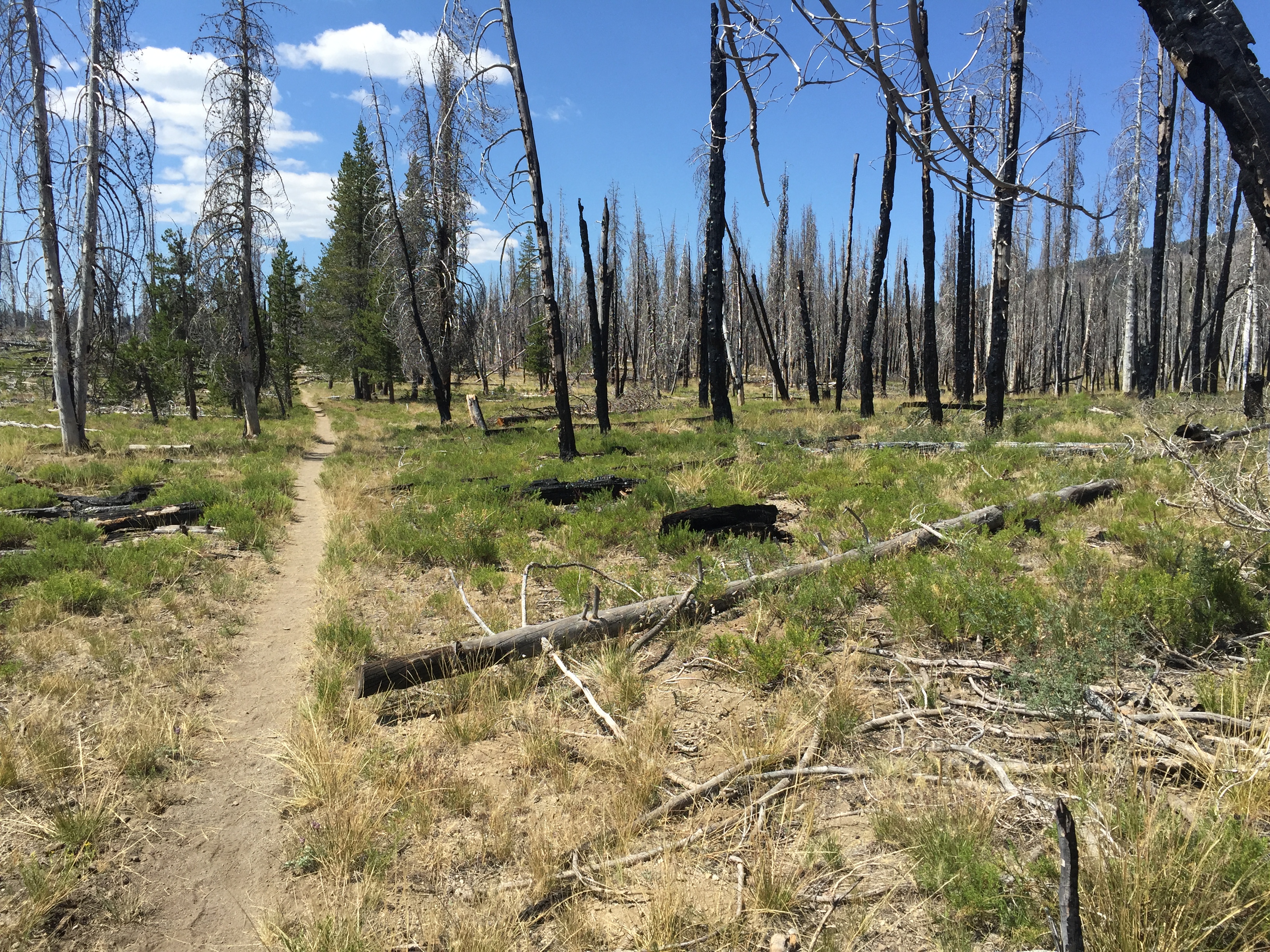 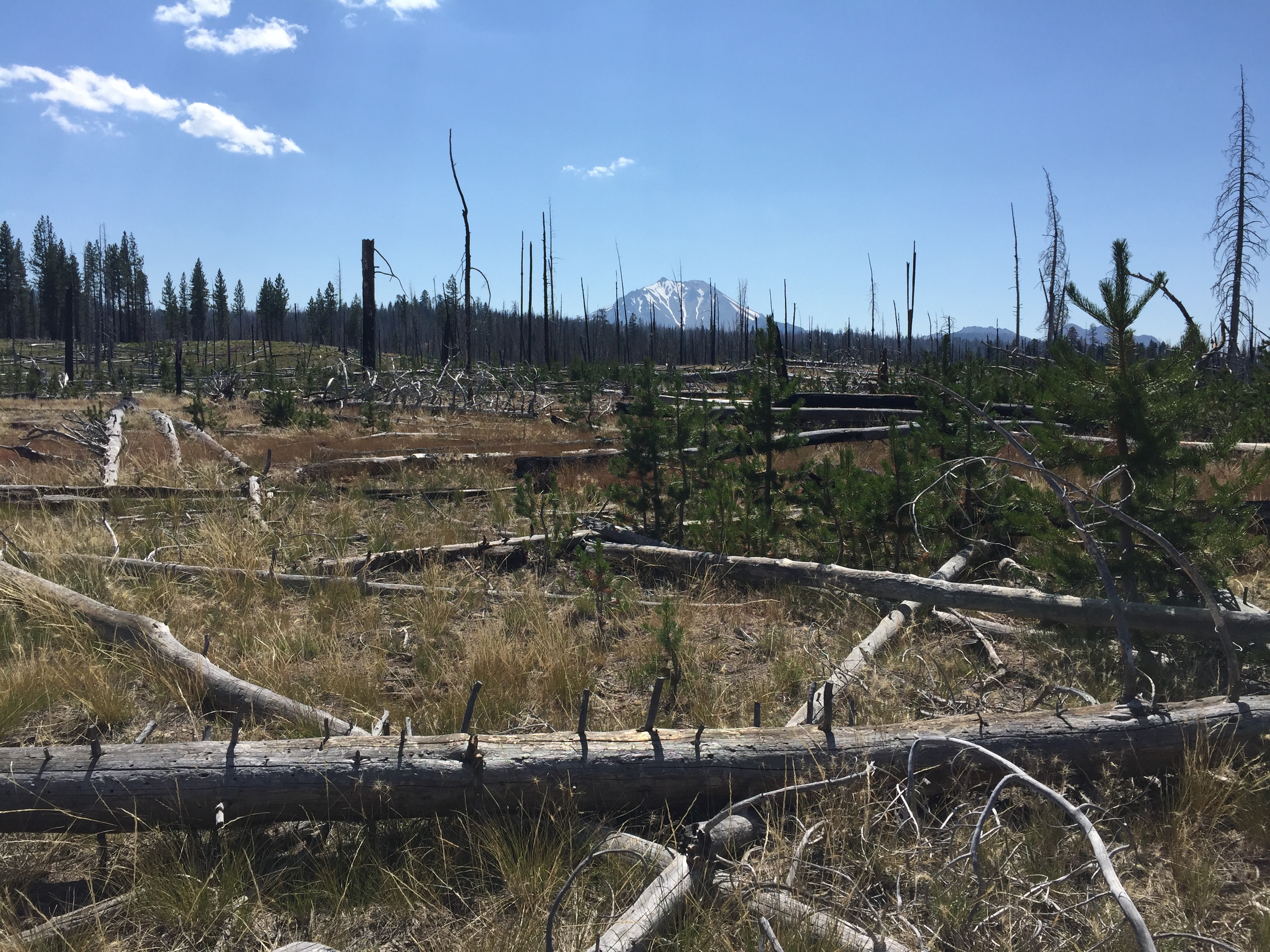 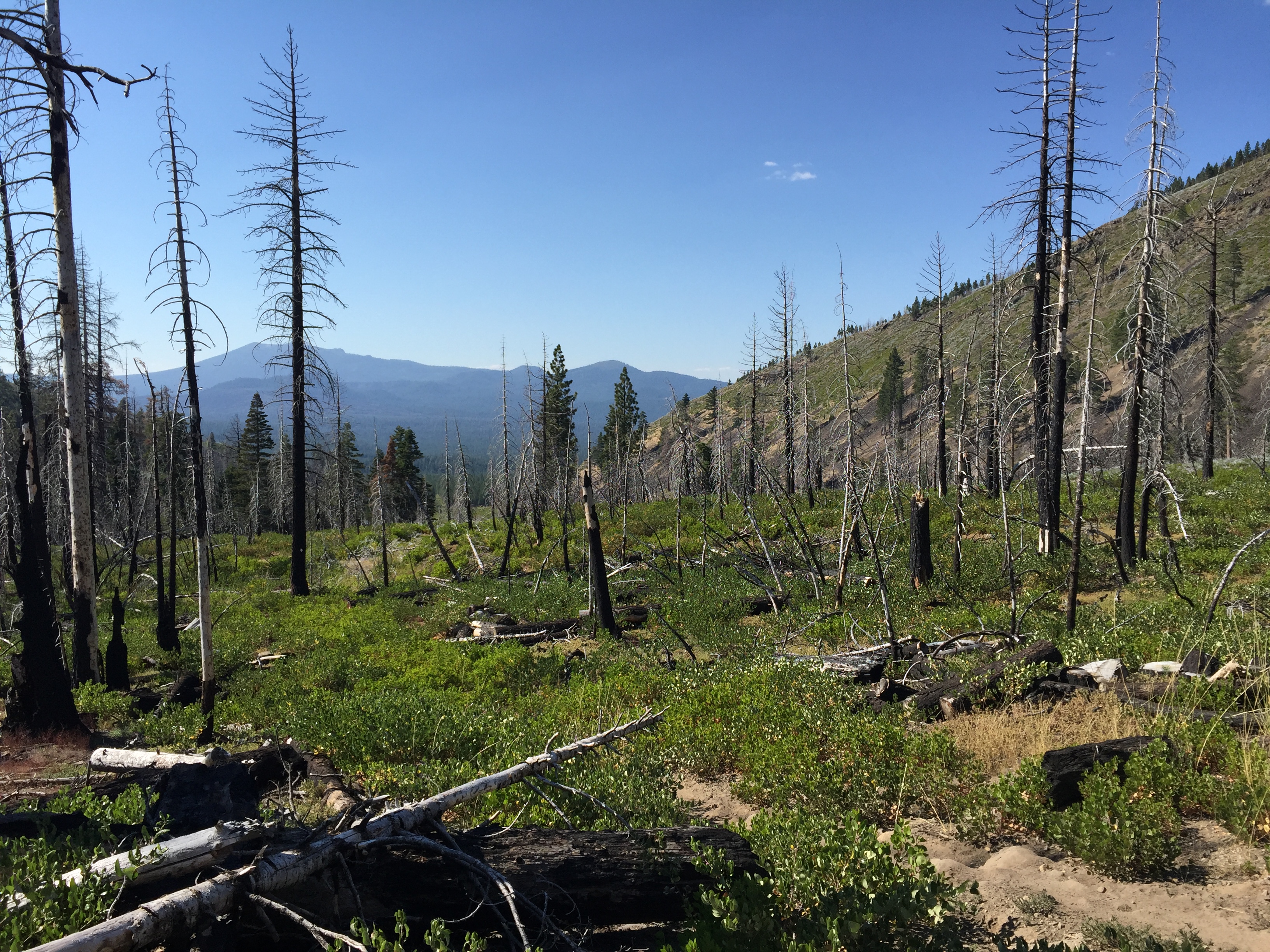 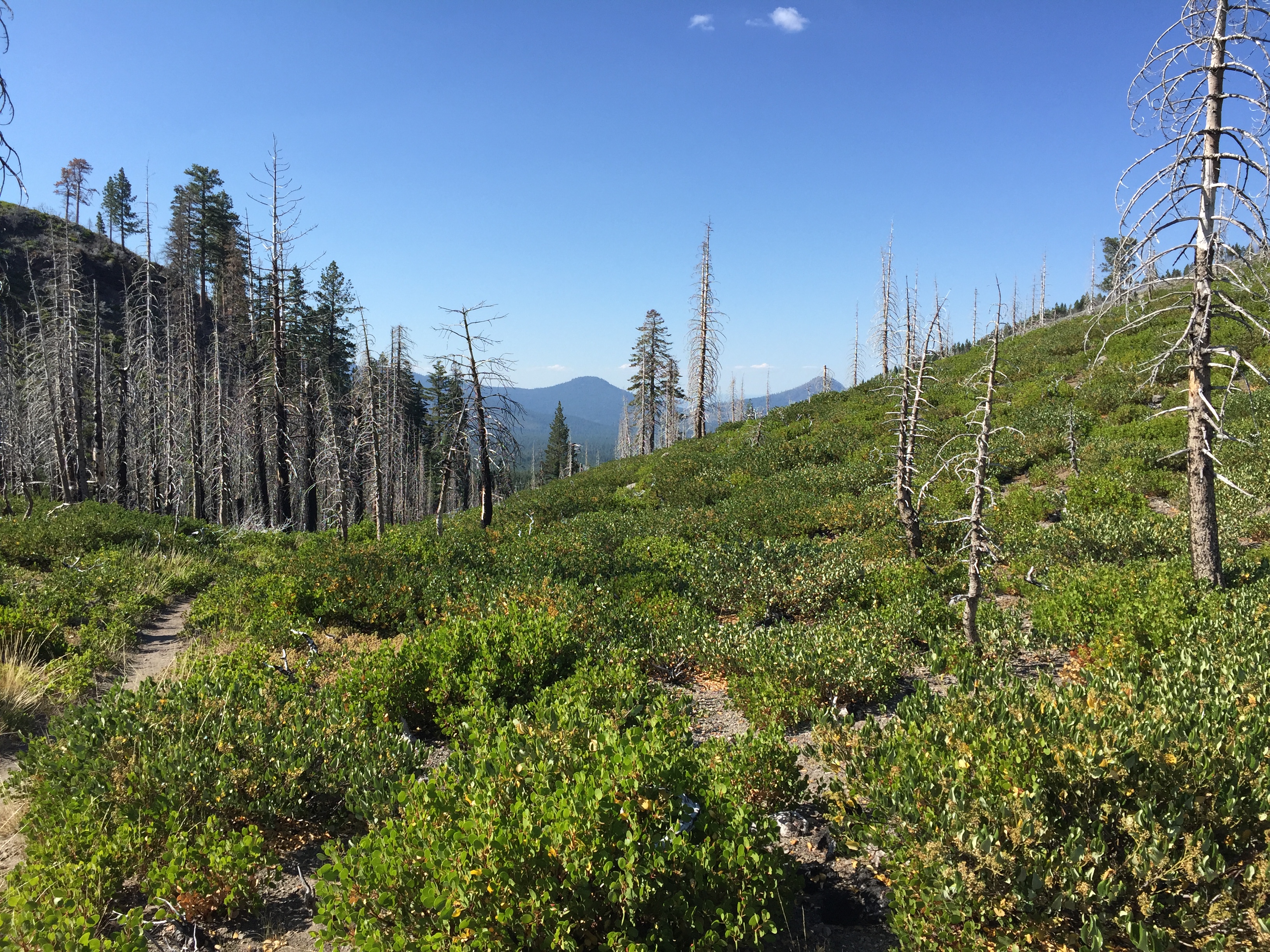 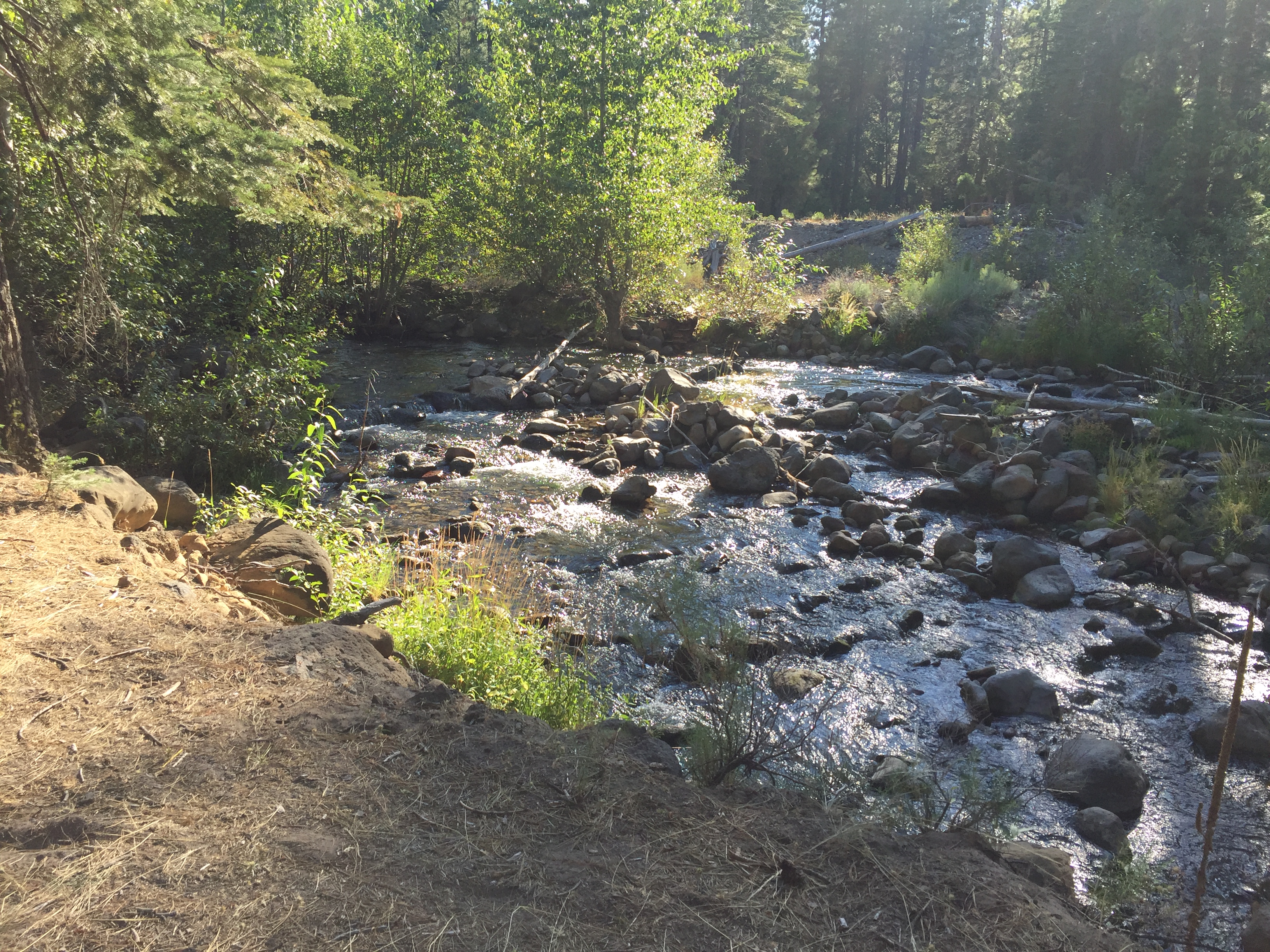 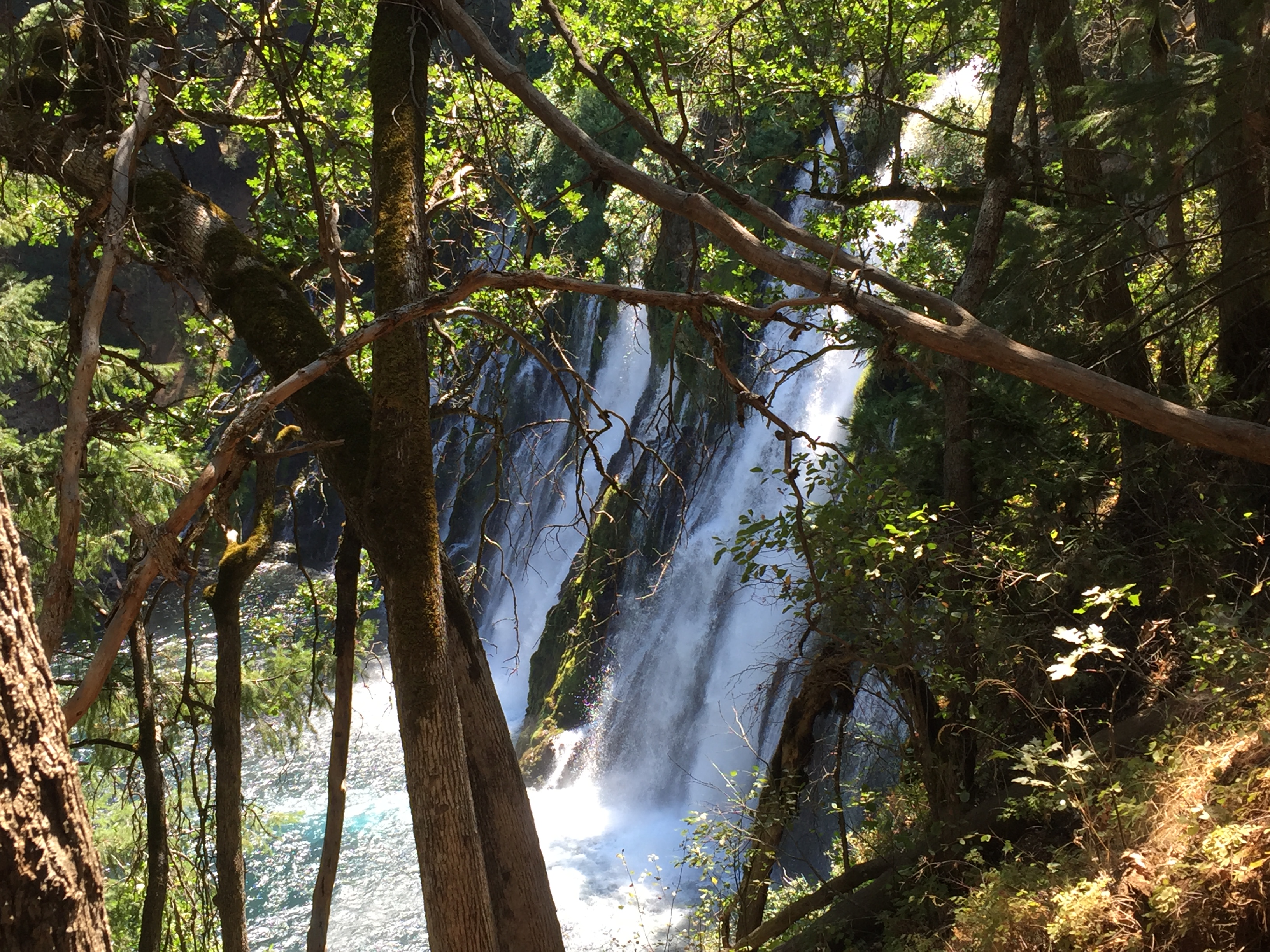 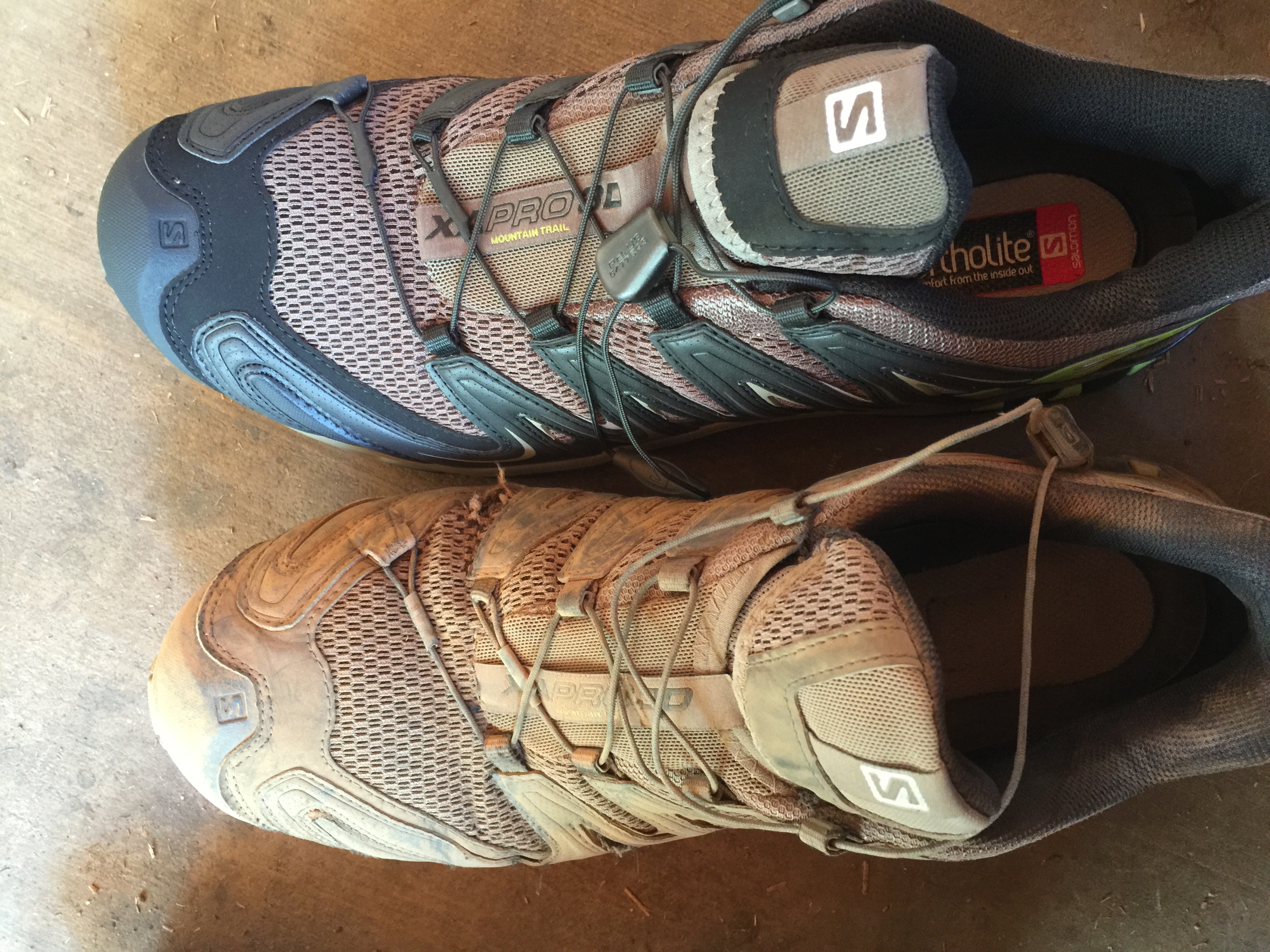 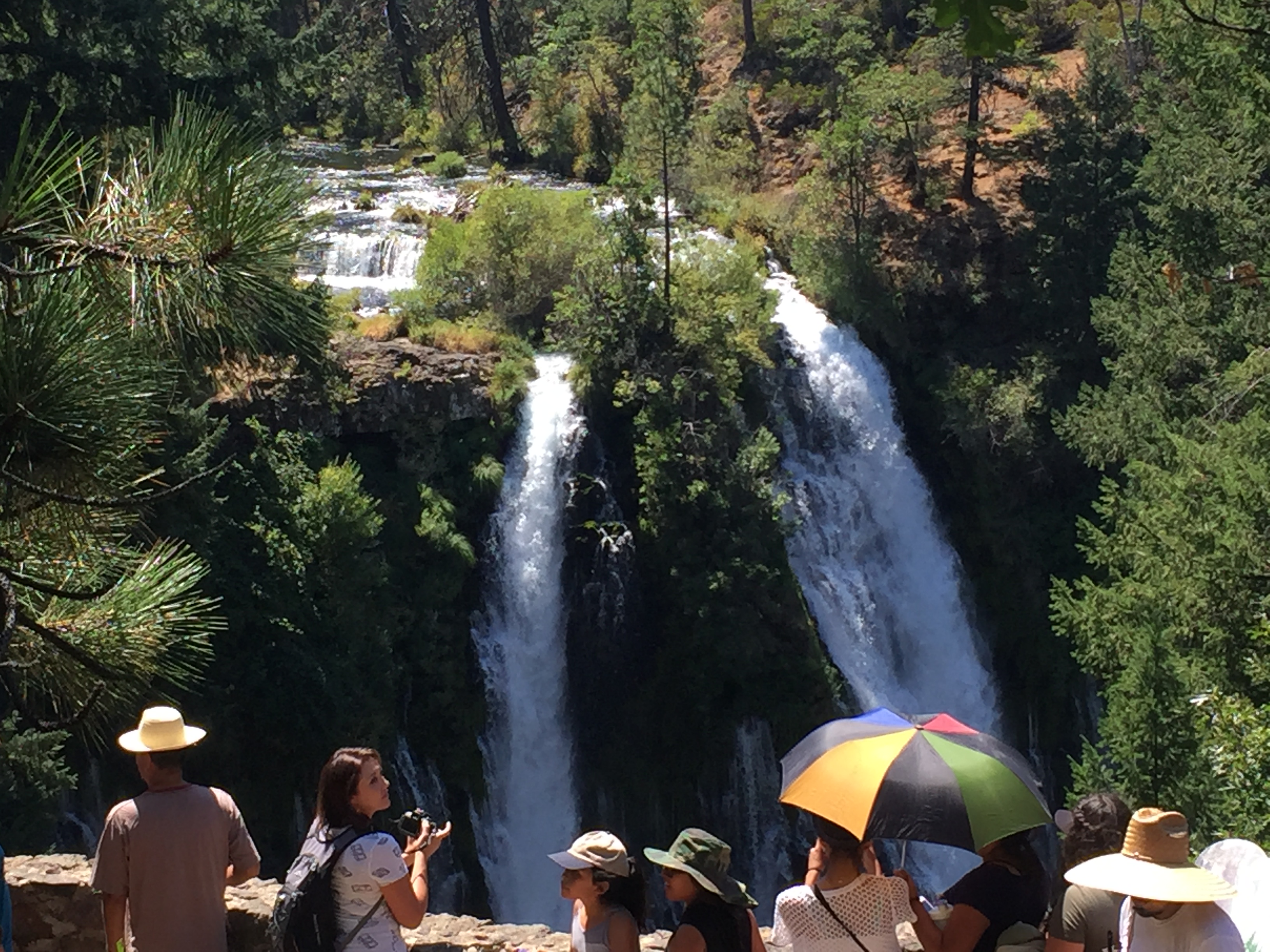 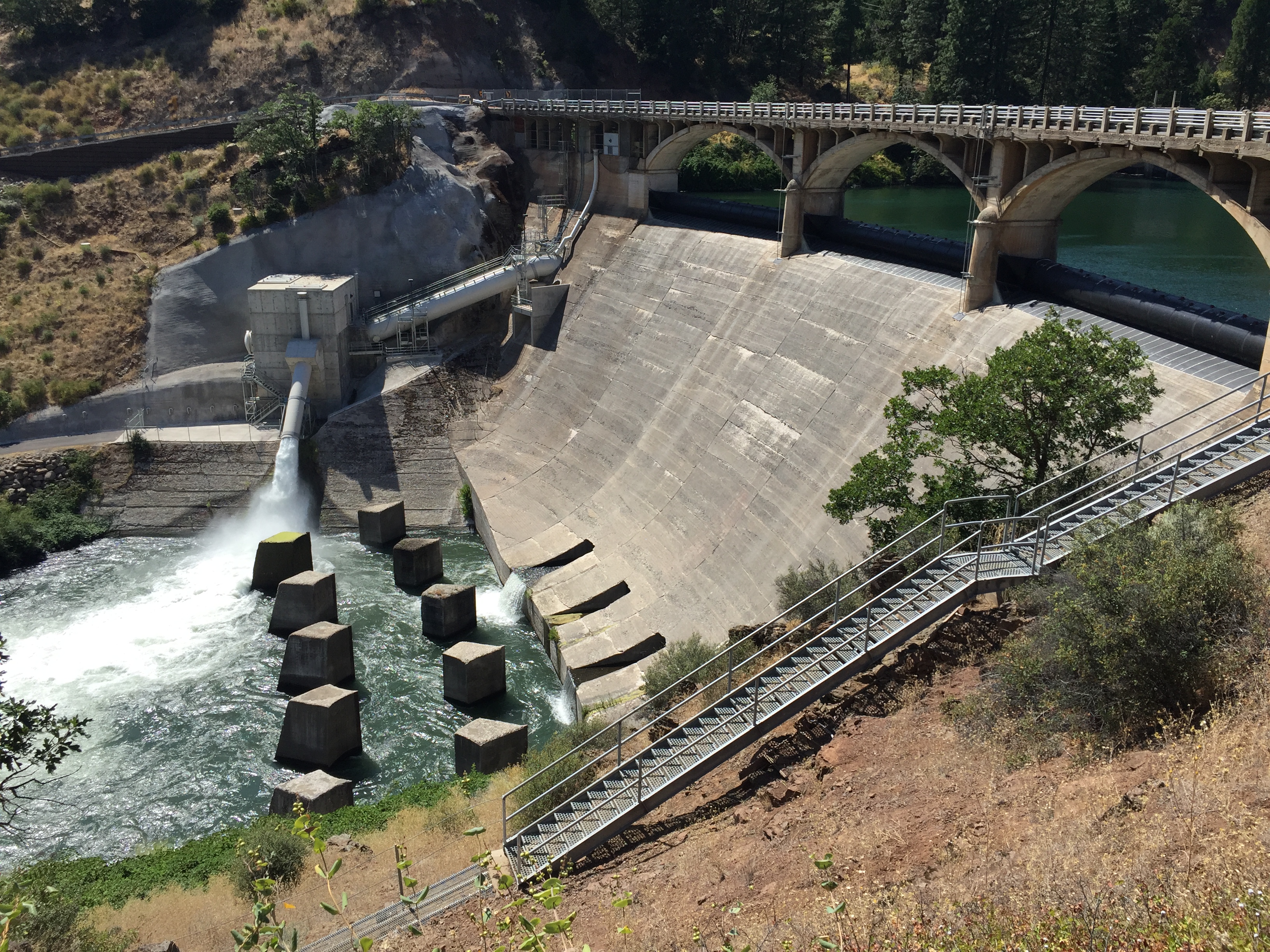 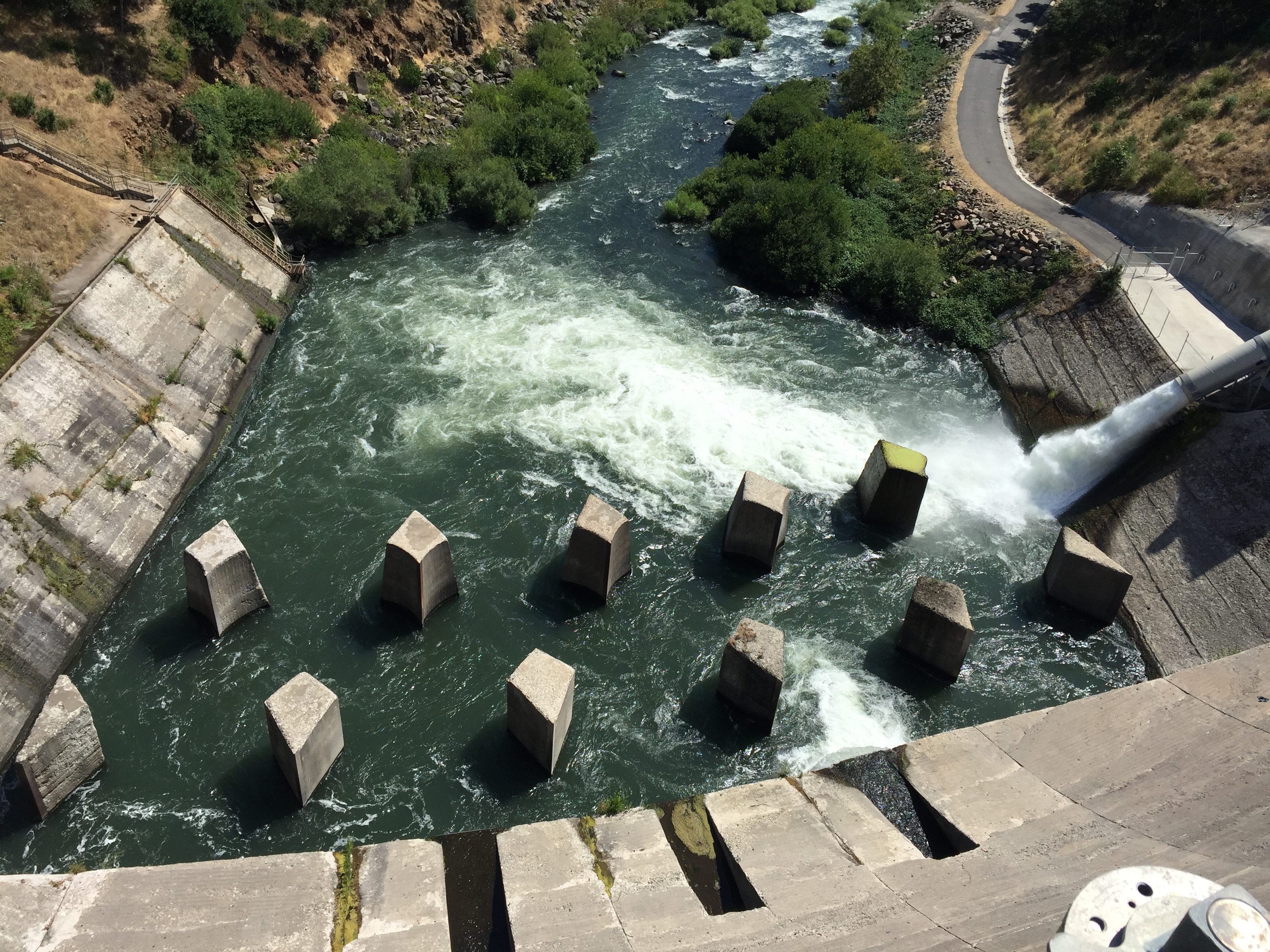 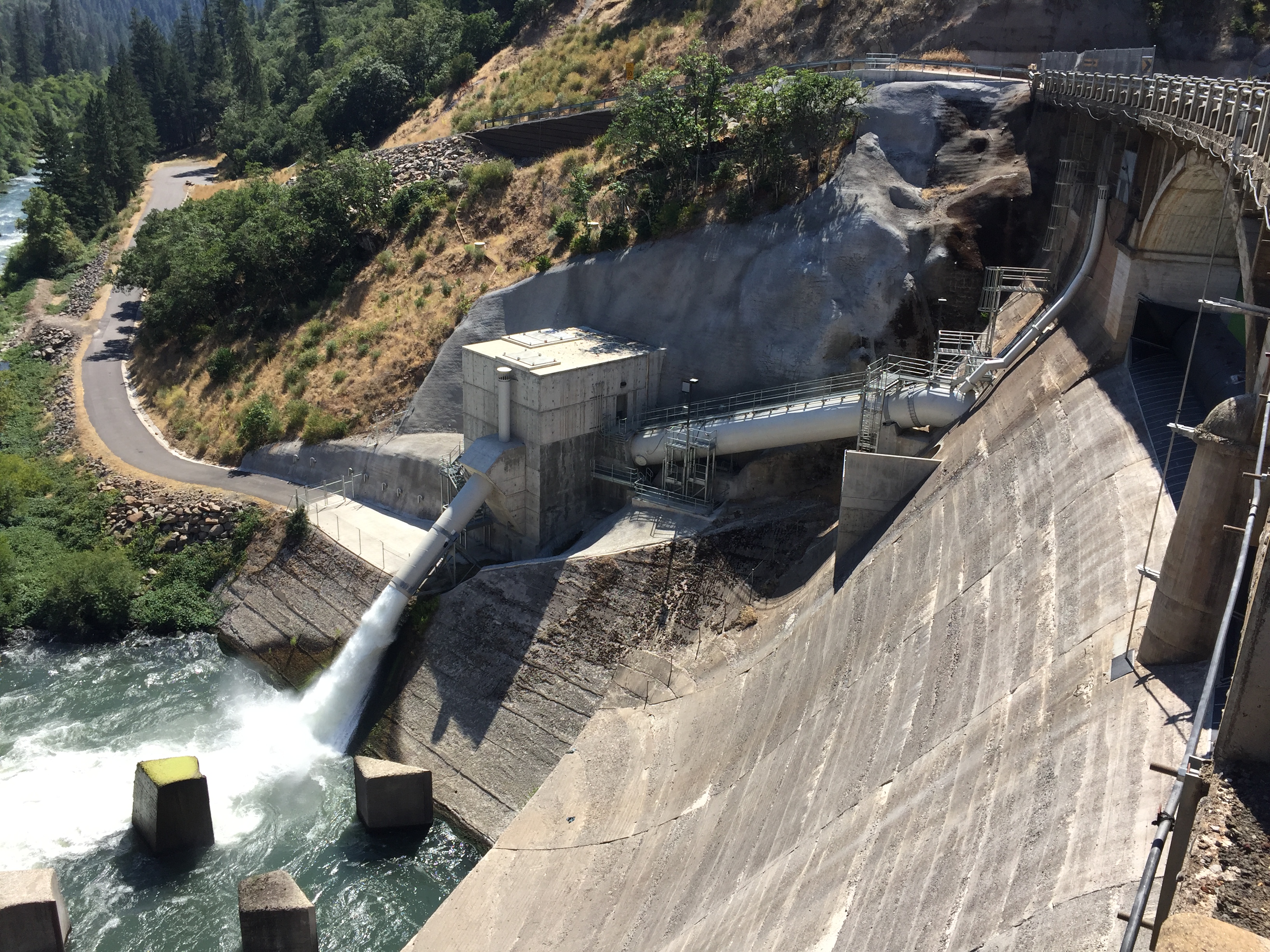 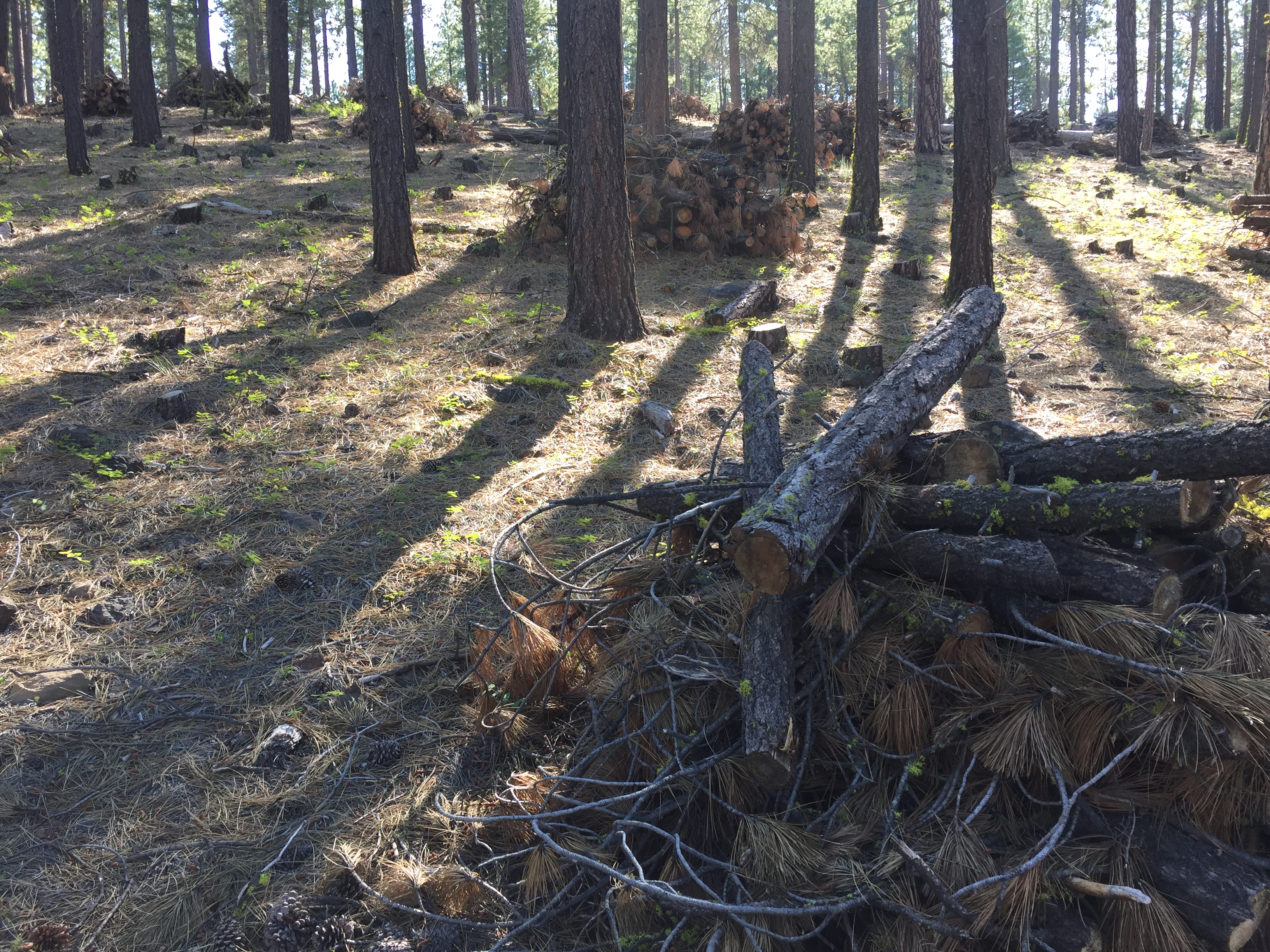 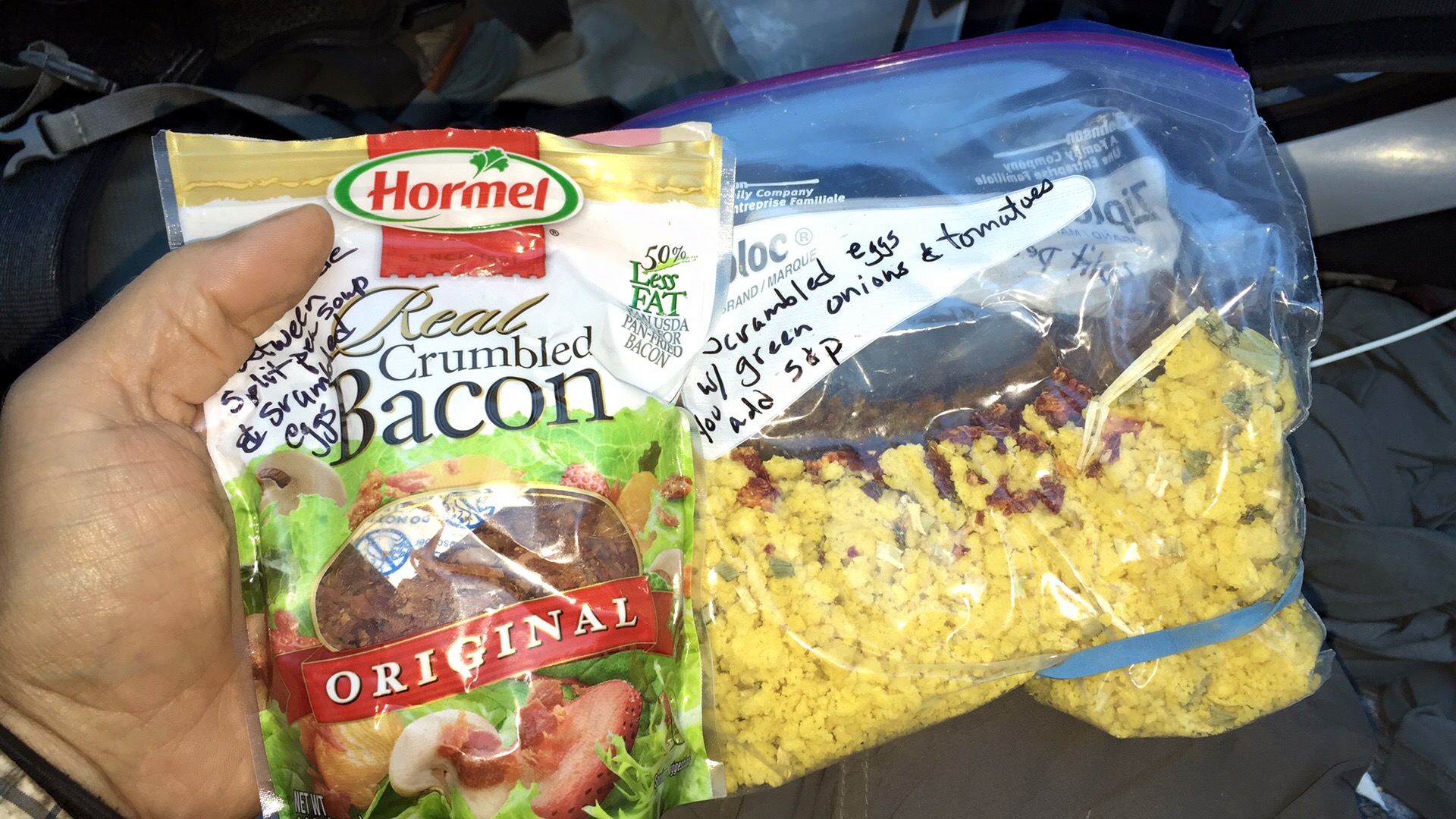 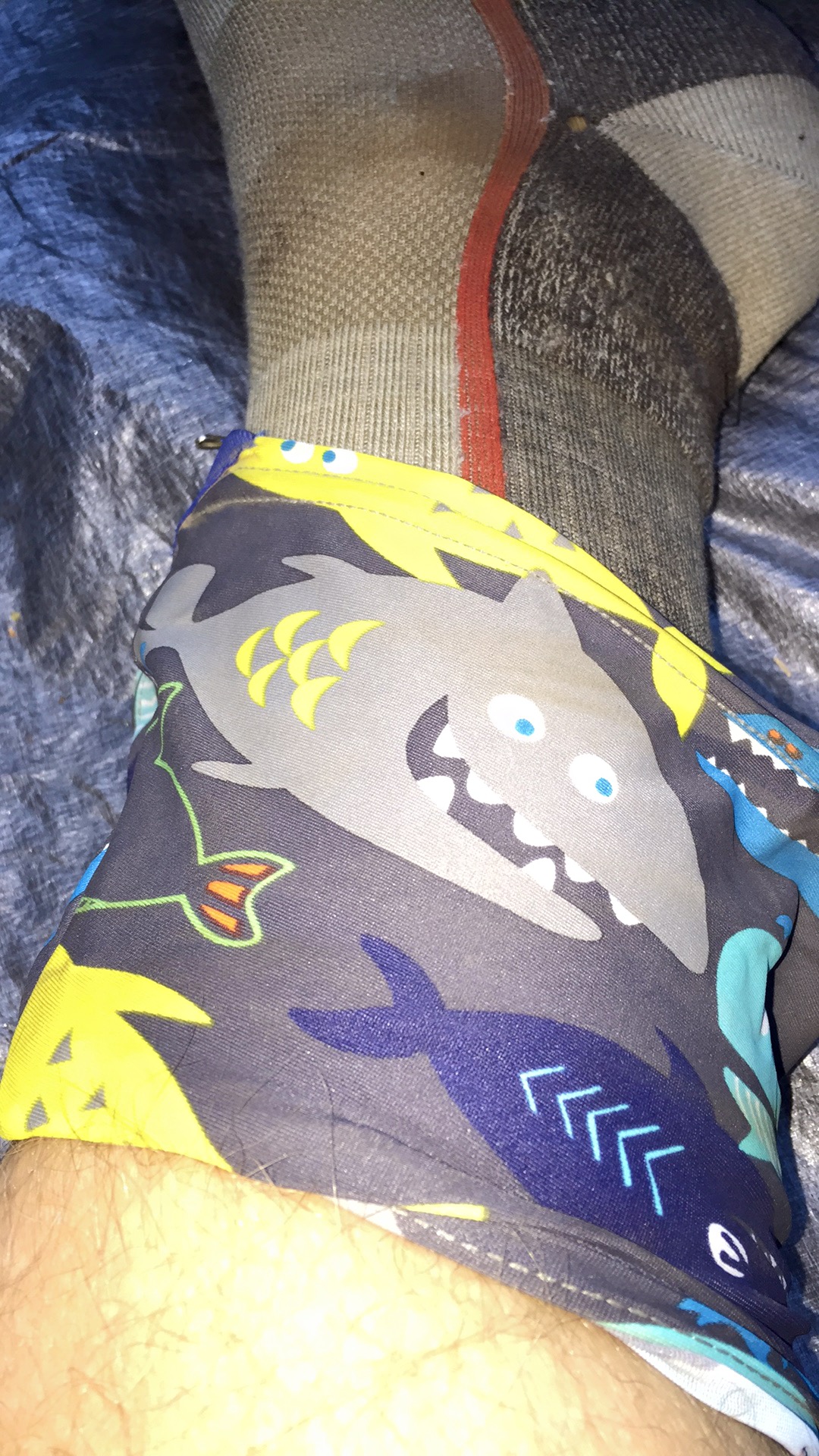 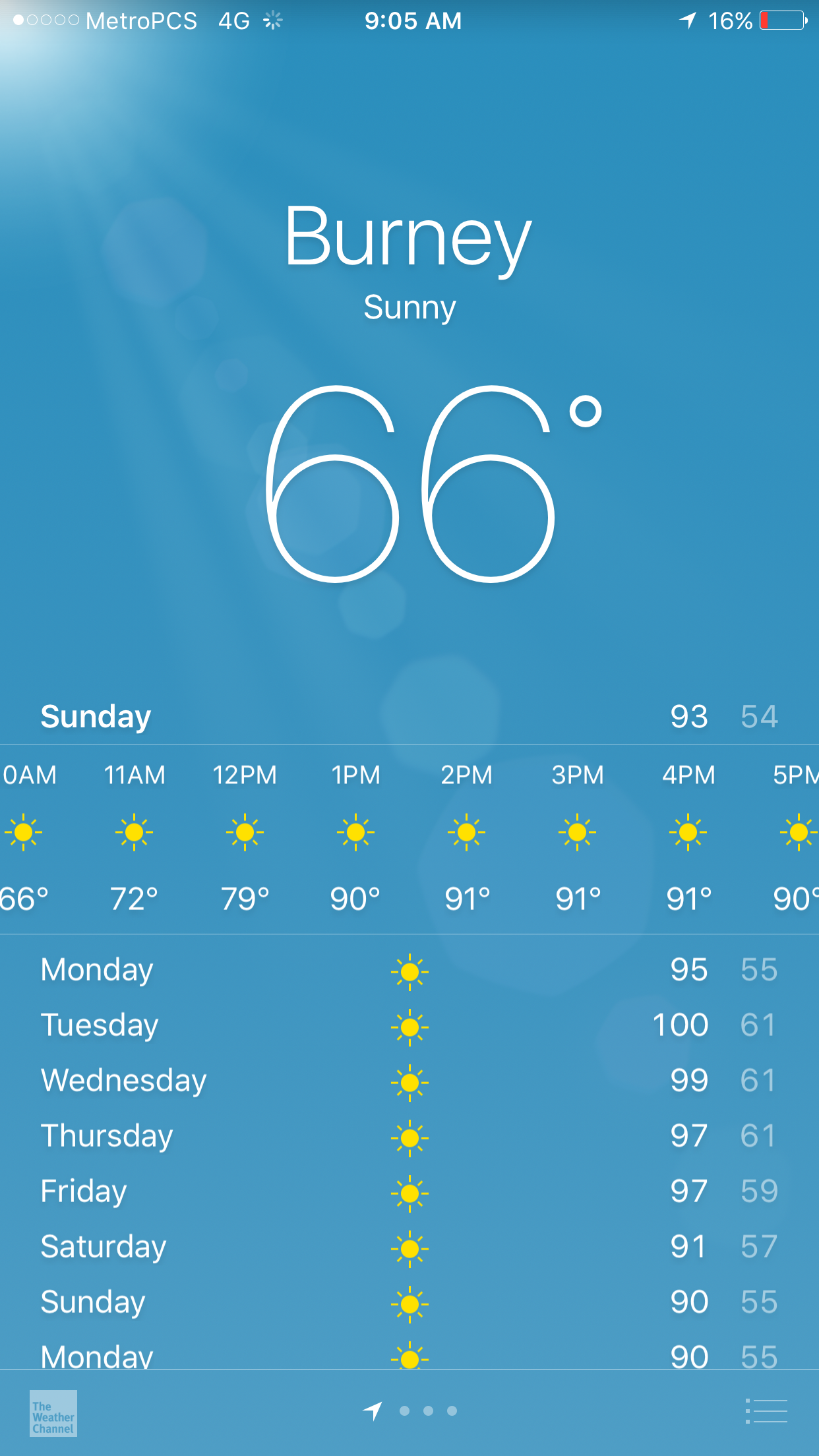 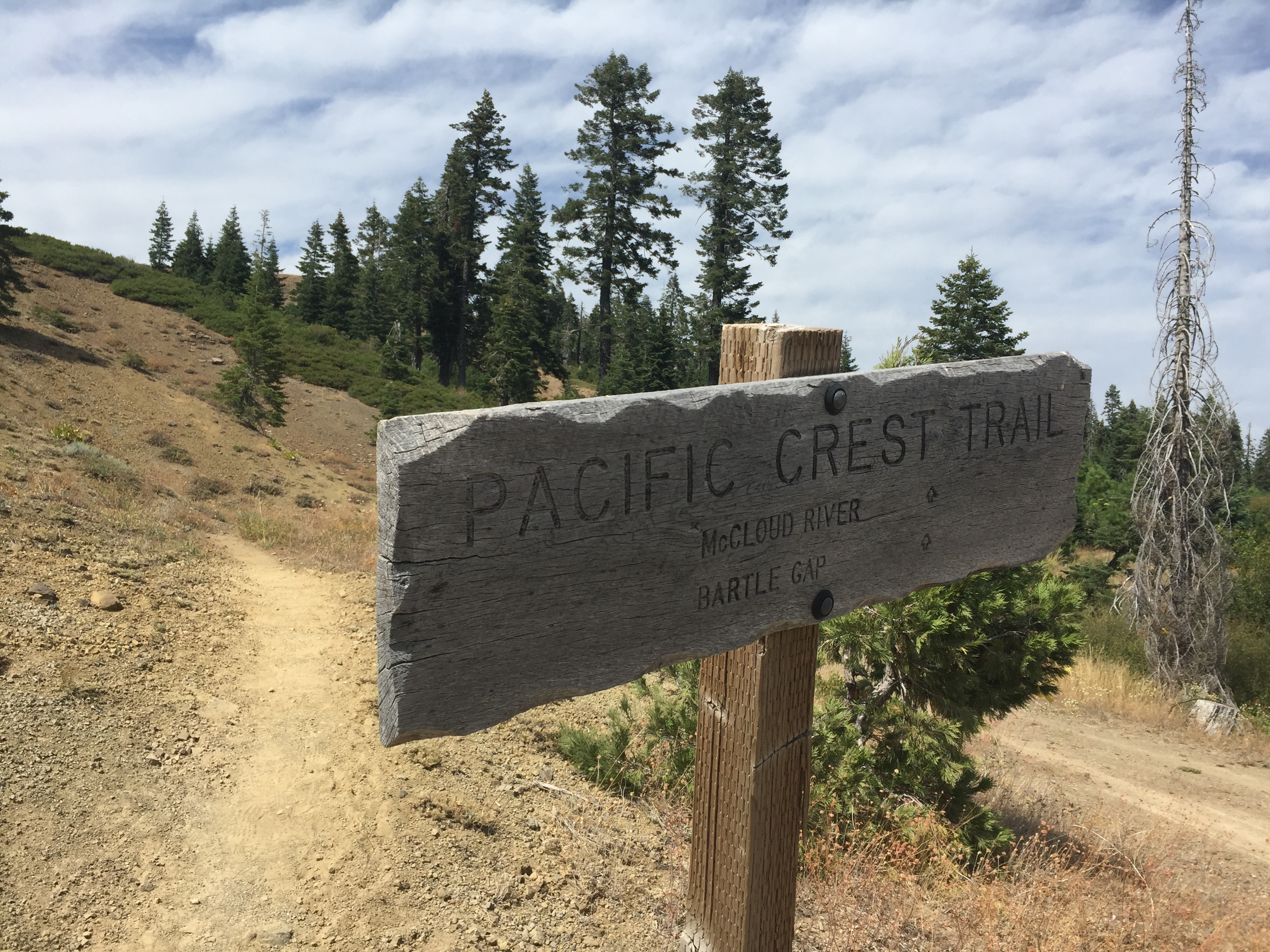 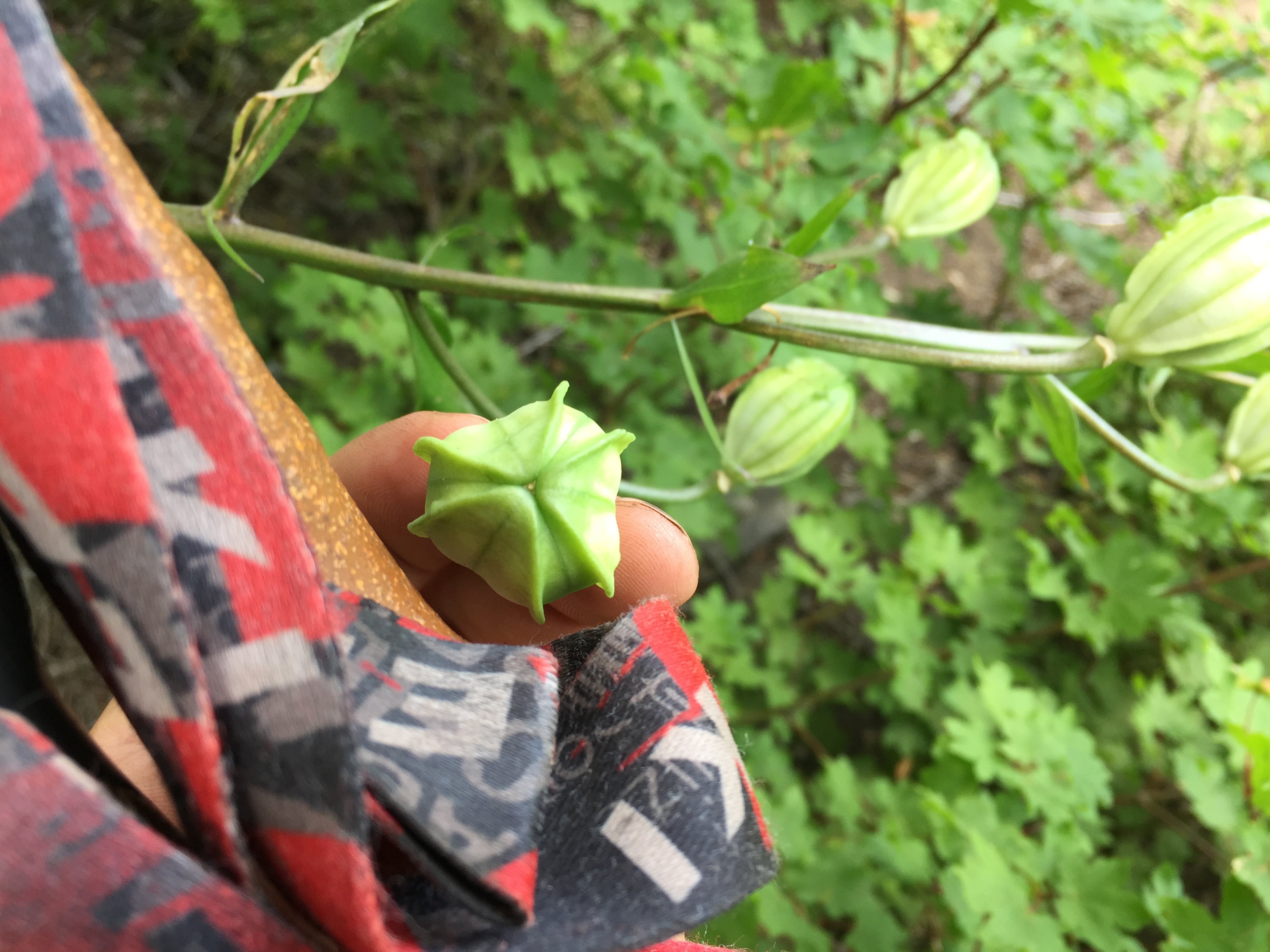 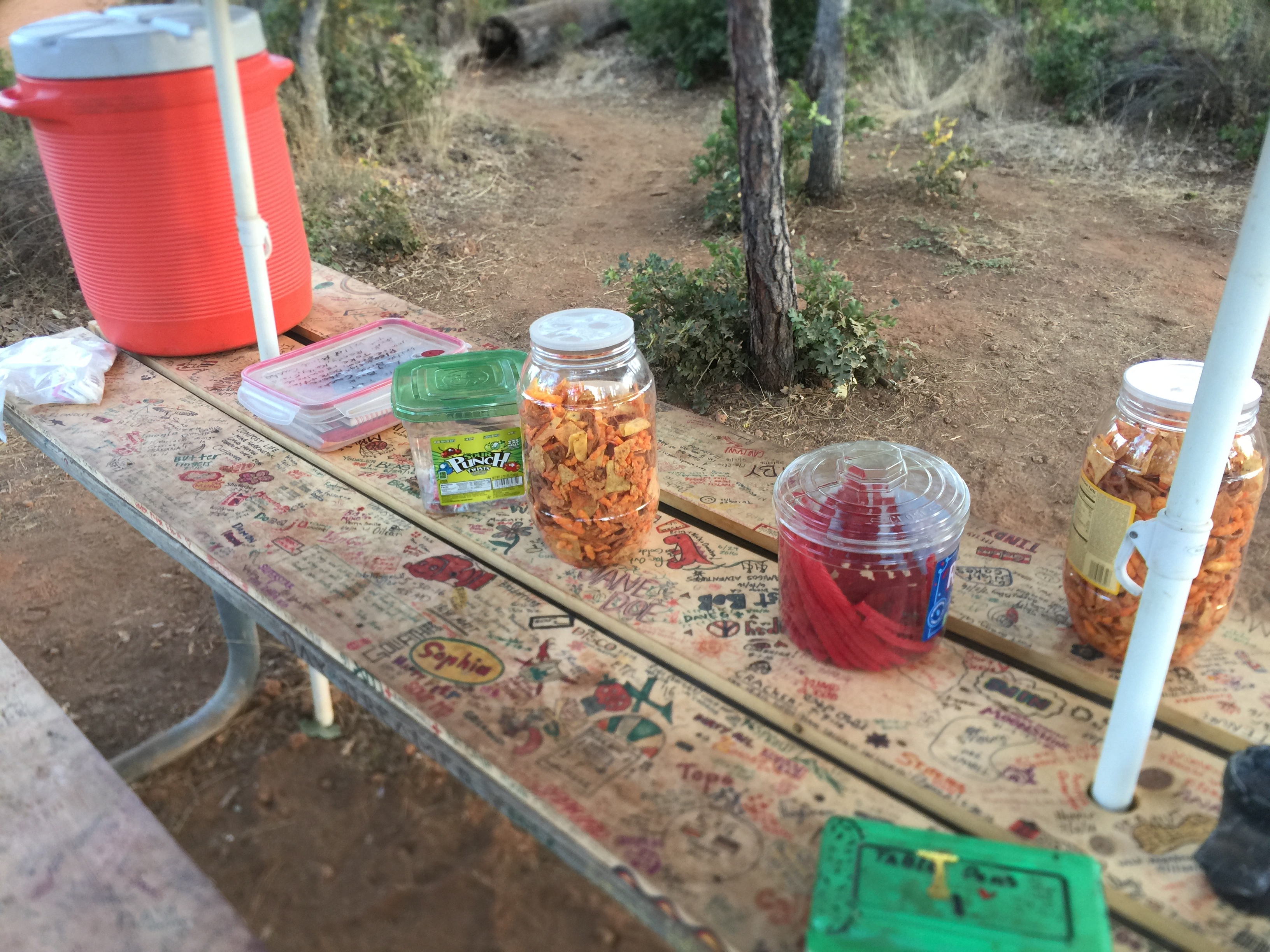 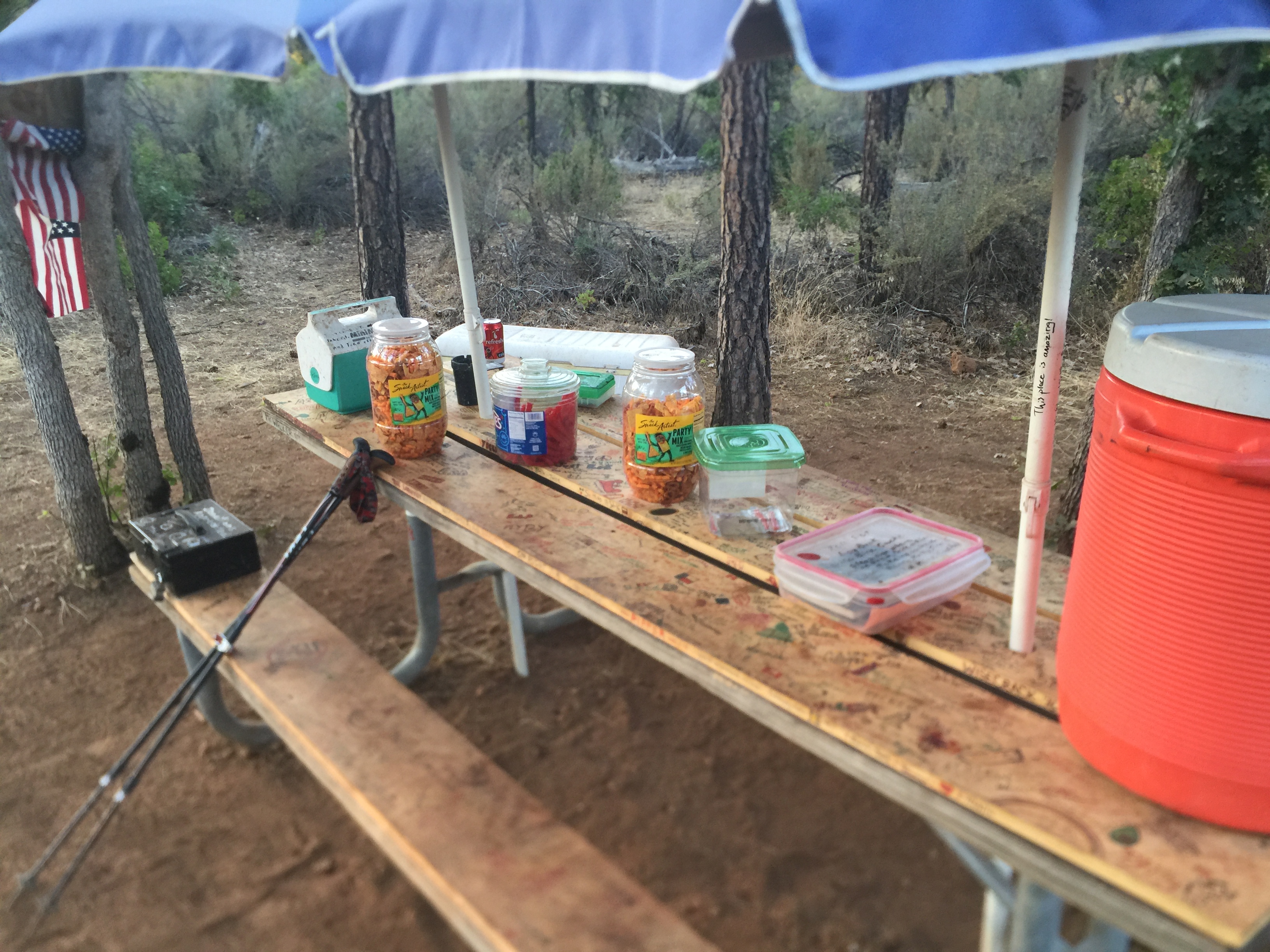