Day 11: it is difficult to rest
Start: Idlewild
Finish: Idlewild
Fitbit: 3,300 and it is only noon, so I’ve actually walked over a mile!  14,325 at the end of the day…  Damn, that’s six miles just doing chores and things.

.
We slept in, I showed them where the laundry is, and went to eat. I had the “Junkyard omelette” which is basically everything on it. Made it to the outfitter in town, got some glove liners that will serve as my warm gloves for now, some fuel, and some microspikes. 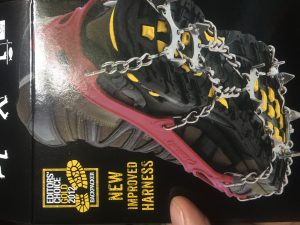 They are heavier than I would like, but it sounds like we could be headed in to snow.

.
I need to figure out how to get/forward the box of food that ought to be showing up at the paradise valley cafe later. I need a few more groceries as well.
I hitched out to the cafe not knowing if my box was there, I kept calling but they were too busy to check.
Stevie picked me up in a damn near mint condition slug-bug, he turned the engine off down a three mile hill to save gas and drove like he was driving herbie!
Then for the second half of the hitch Miguel and Joe picked me up almost instantly. Miguel is 30, has six kids, and is obviously interested in being the best father he can be. Joe didn’t talk much.

.
I arrived at the cafe, and YES my box arrived! Apparently it arrived shortly before I showed up. I grabbed it, went outside and there was Chips and Guac sitting eating burgers. Those two are adorable, they met on trail and Guac got her trail name to match Chips.

.
… Now I am waiting for my hitch back…
It didn’t take too long. Mary and Tim picked me up, a very pleasant older couple who lived less than a block from where I was staying. Mary did about 98% of the talking, but Tim was an expert at getting his point across with a nod or a gesture. It was almost comic and amazing.

.
Got back to town, took my extra box to the post office, bought a new hat, talked to mom at length, showed the women where different stores were. They had found Guac and … C something and invited them to stay the night with us. They STANK! People don’t call us hiker trash for nothing! No time to let them take showers, turns out Monday night is one dollar taco night at the Mexican restaurant two blocks from where we were staying, so 10 minute break to drop their stuff and FOOOOOD!

I at six very large tacos. Love having no qualms about gorging myself. Everyone ought to try the thru hiking diet. *Big Evil Grin*
.
We came back to the room, the smellies got less smelly, I built a fire, completely overhauled how I pack my backpack, talked to mom for about an hour and went through the AMAZING food mom prepared for me. Compared to other hikers, I am eating like a king. We actually dialed down the calories by about 500, primarily out of the gorp.
Everyone else is asleep or trying to sleep. I took a nice long hot shower, brushed, flossed, now writing the second half of today before trying sleep on my own.

.
Stella. Le-sigh. Stella is dying. She is too spirited to acknowledge it herself, but she has a cancerous tumor in her foot, and dad estimates she has a week before he will need to put her down. In the excitement of living with other dogs her tumor ripped open and it doesn’t look like it is going to heal over. Damn. I really wanted her to last at least another six months. I bet she’d make it to 18 or 19 without cancer.
Best.
Dog.
Ever. 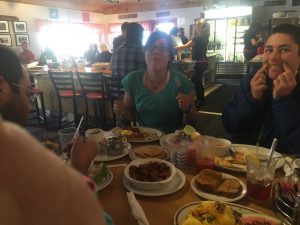 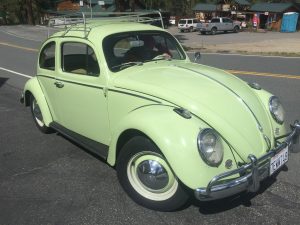 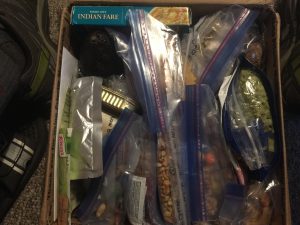 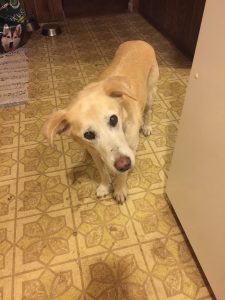 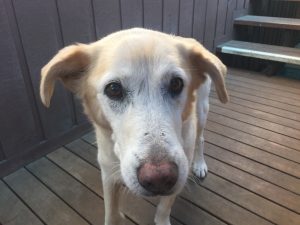 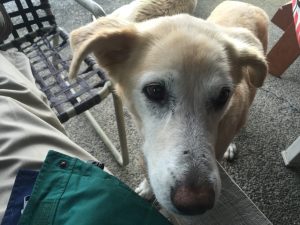 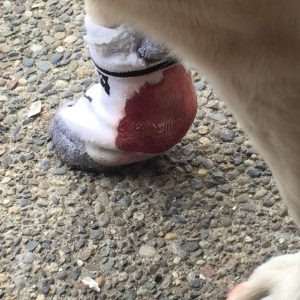 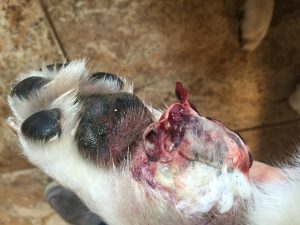 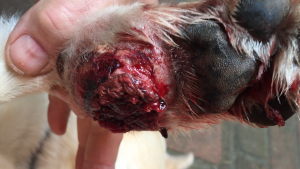 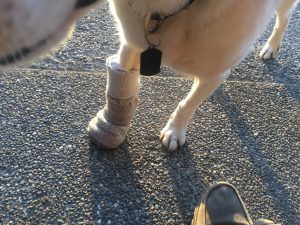