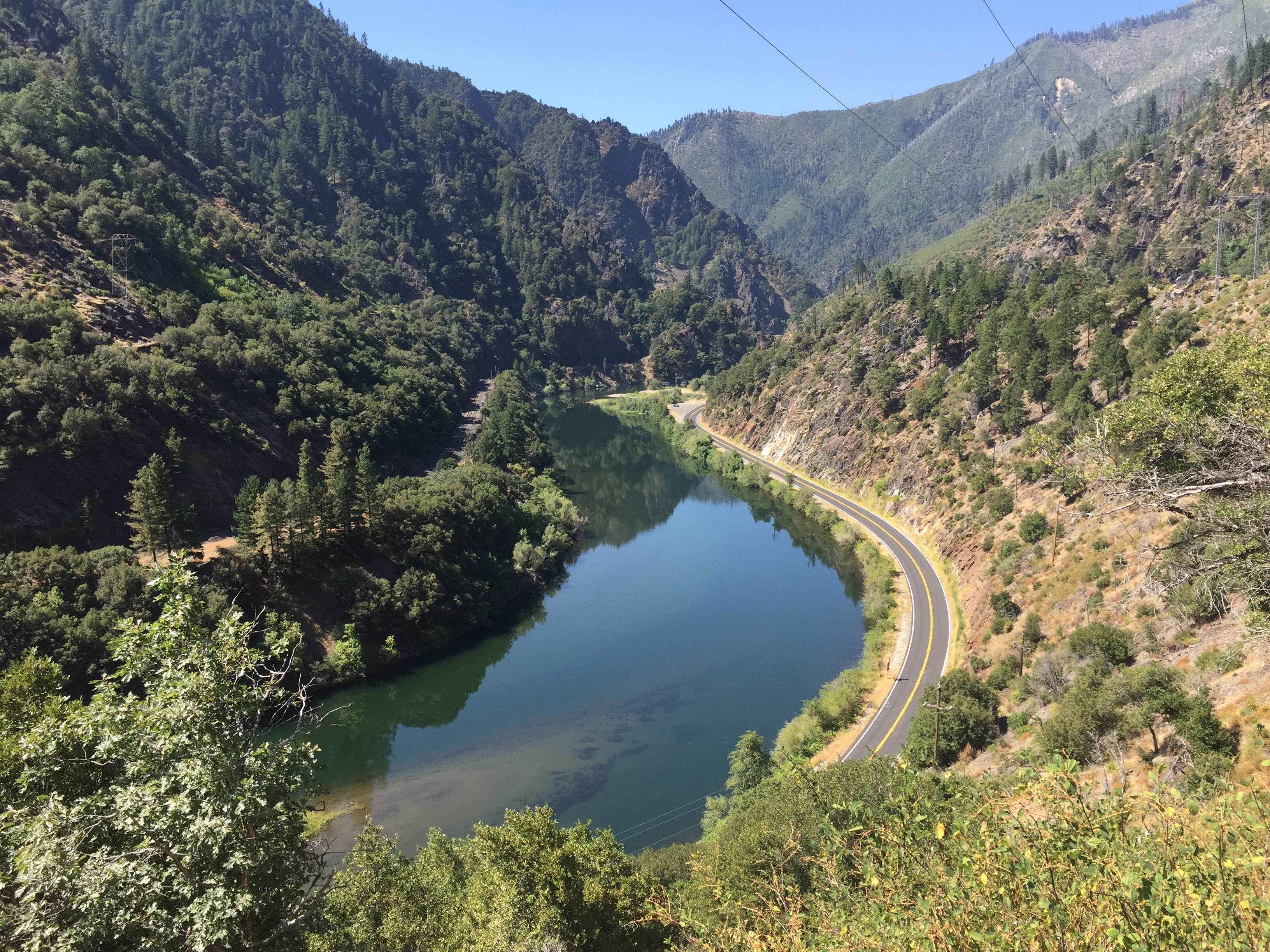 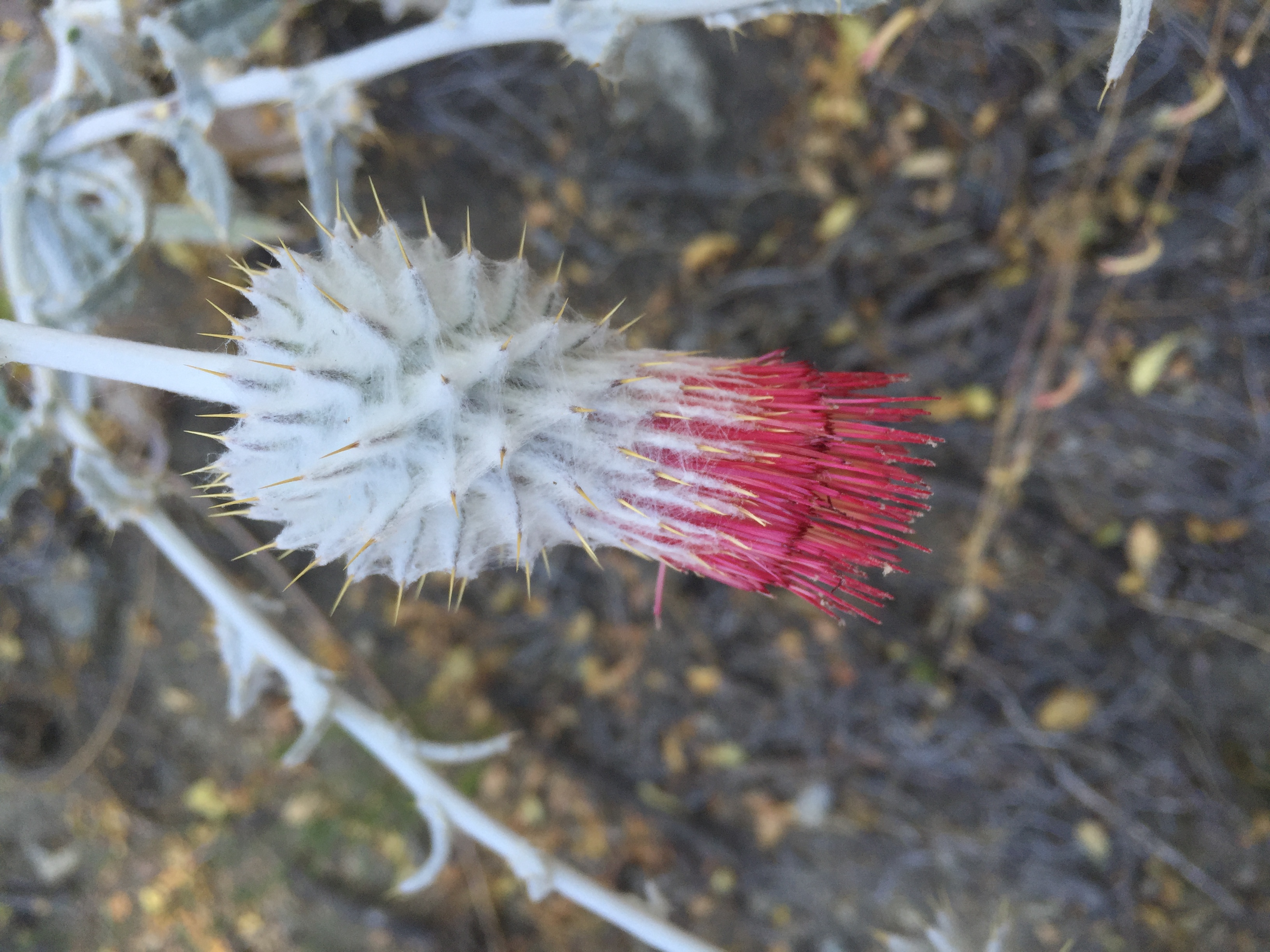 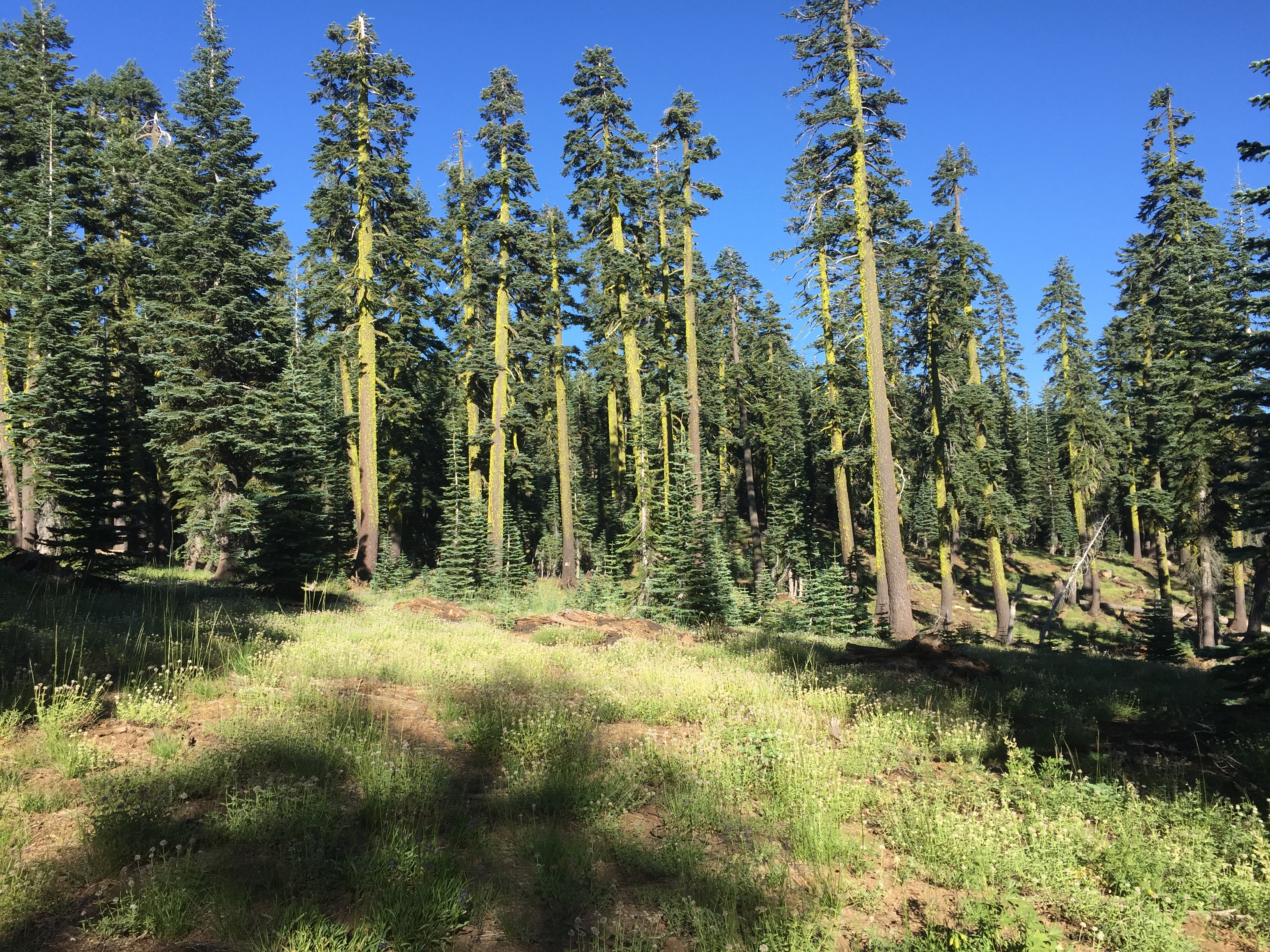 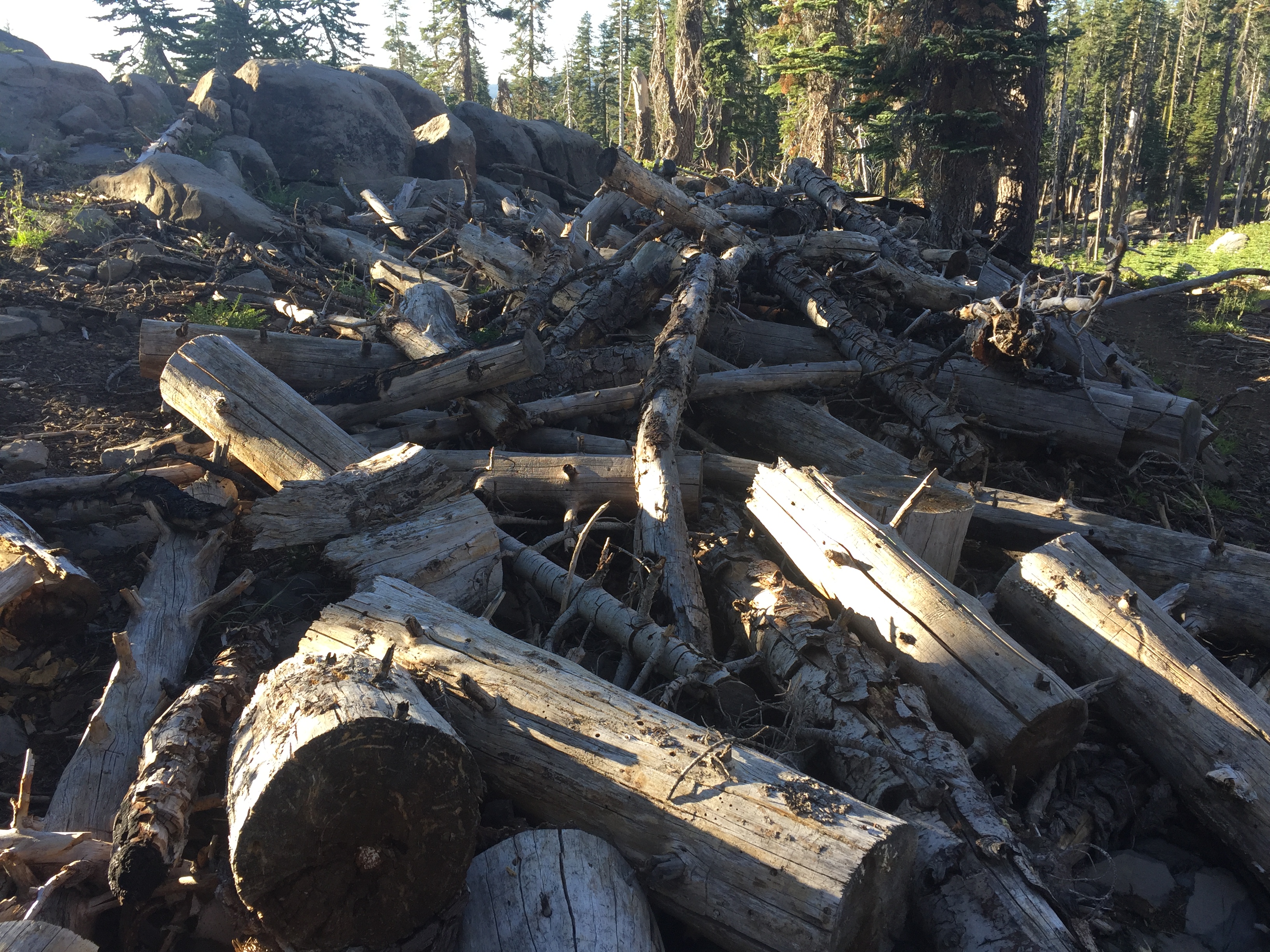 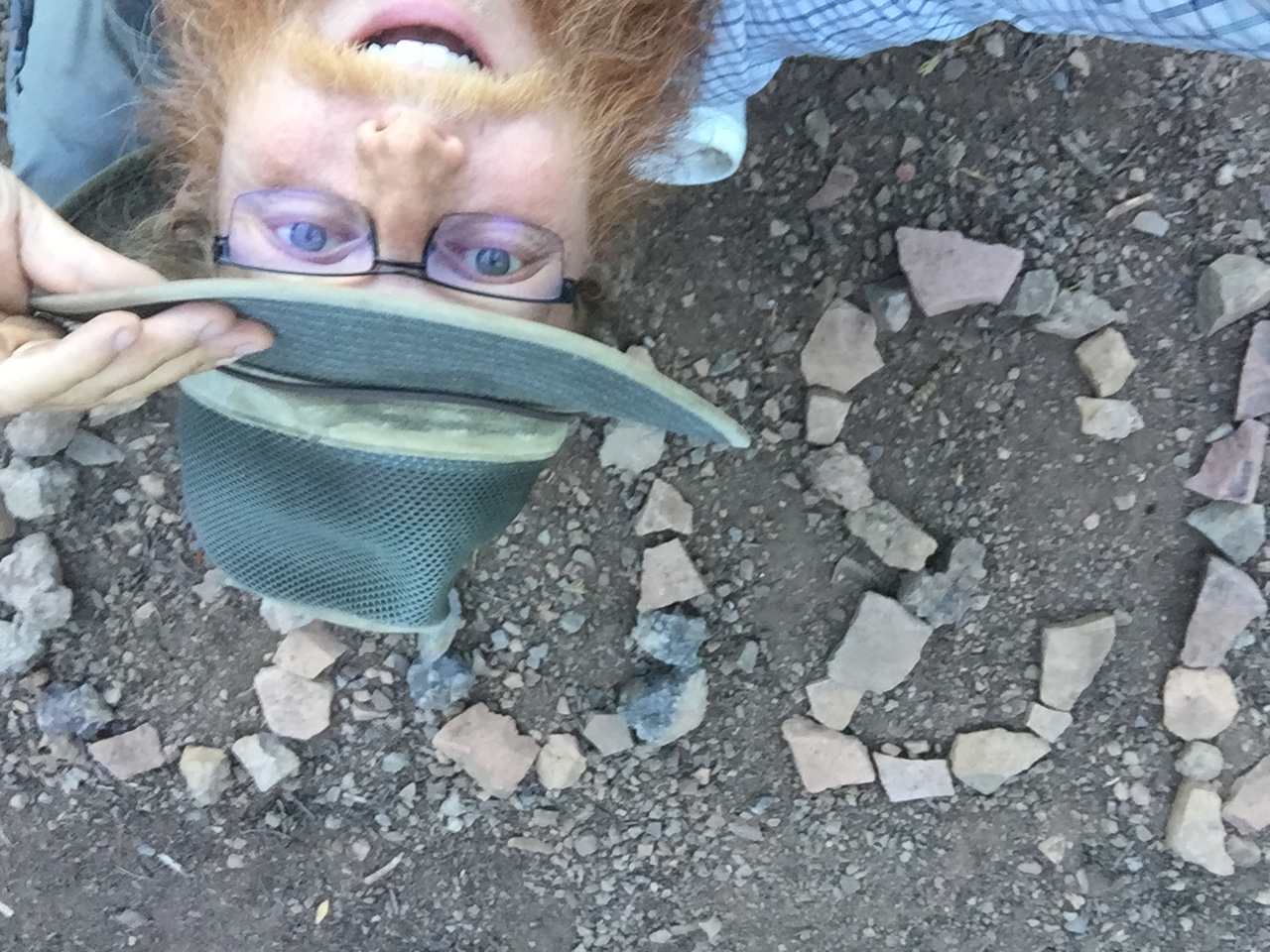 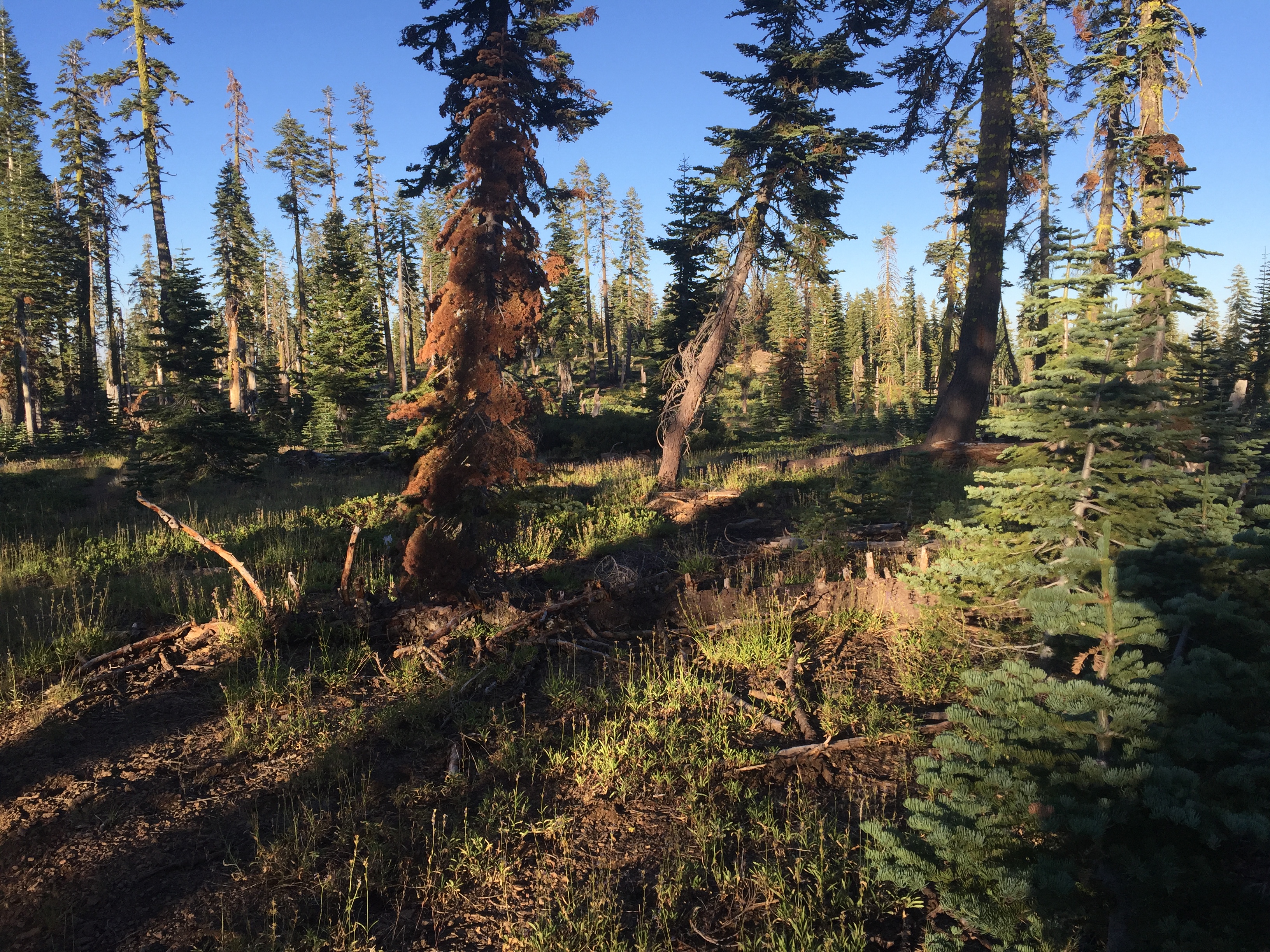 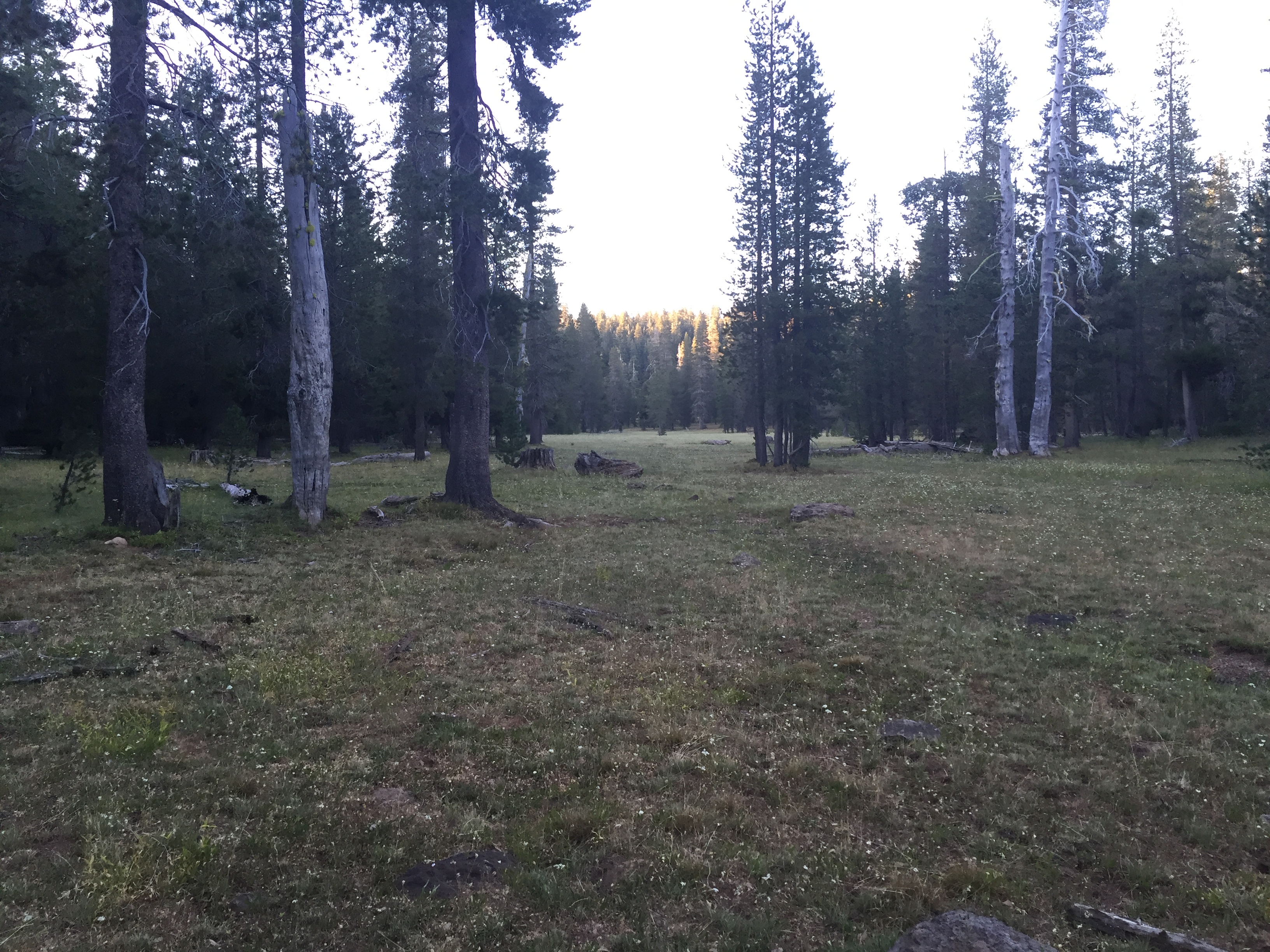 I also want to title this day “Up!”
End: 1302.95
.
I managed to get my shower. Washed my clothes for $7!! The kitchen even made some to- go dinners for the hikers. Sleep was not swell. Train went past at 2am for about five minutes, and the wedding revelries continued probably past three. I cowboy camped back behind some buildings out of the way. Wondering, again, why towns seem to be mosquito free.
A young woman who works in town was smoking and hacking her lungs up. I said something like “It might be time to reduce your pain by giving that (smoking) up”. She lost her temper a little and made it very clear I know nothing about her life and pain… Okay, well, I wasn’t being an asshole, but clearly not. On the other hand when it comes to hacking your lungs up due to smoking, there’s a causal relationship.
I keep finding piles of puke in town. 10 am. Late start. Time to be getting out of here.
A Man and dog were sitting on the trail 8 miles in. 3 parts husky, 1 part wolf. Apparently the dog, who had never been tired by any other activity before yesterday pooped out 15 miles in. They turned around and today the dog pooped out after 7 miles. I bet the dog could do more with conditioning, but even then dogs aren’t built as well for distance as people (usually)
4500 feet up is more than I did on Whitney. Took me 7 hours to do it over 13 miles. Made my targeted 18, barely.
Mom sent me some really yummy looking soup with one of those awesome chicken broth packets, some jerky for meat, freeze dried peas(!), and a lot of dehydrated other stuffs. Eating as soon as I type this. Yum!
.
Belden is on the Sierras/Cascades border! I’m basically home now! Well… Half way. 😛