.
It wasn’t cold this morning for once. I tried getting up at five but it didn’t take. Sixish. We broke camp and unlike usual there was a fair amount of morning traffic. Up 200 meters, down 100, up 200, down 100, up and up. Finally over. There was free beer at the road. Filled out the trail register with my little poem. We walked a mile towards town for paradise valley cafe. Had an amazing burger, the Jose! They only had one of my two packages. The one I forwarded from Warner Springs hasn’t showed. Damn. It would be retarded to hitch there and back tomorrow during my zero to get it. Maybe I can have them return to sender tomorrow via a phone call.
We hitched 17? Miles in to Idlewild, I was temporarily split up from the women and found a nice place for us to crash. Turns out they were finding a significantly cheaper place at the same time, but since I had paid already we went with what I had.

.
Did laundry, returned to the lodge and took my shower. Oh my god… This isn’t normal bad b.o. It is indescribable.

.
Hung out, went to a tavern and had a beer and turkey sandwich for dinner (kitchen was closed by time we got there but they took pity on us).
Back here winding down near midnight. Wow, LATE! 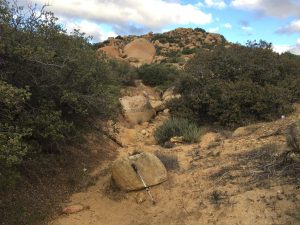 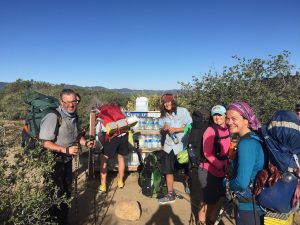 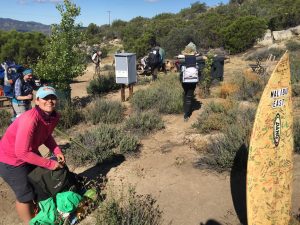 Michaela on a cliff. 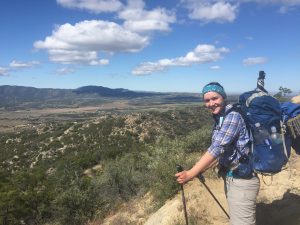 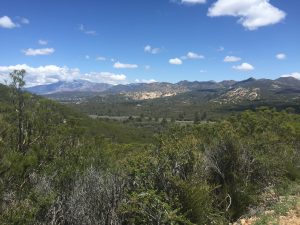 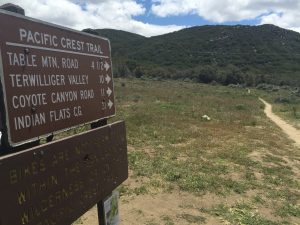 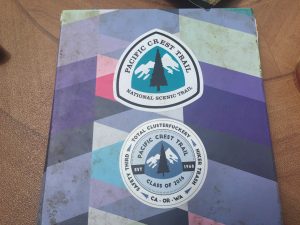 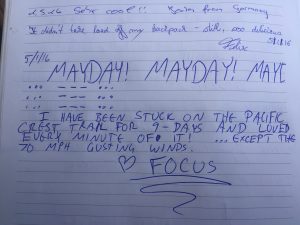 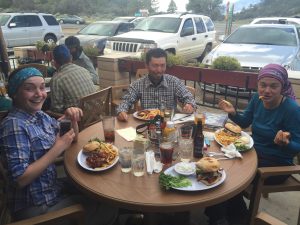 Previous post
Day 8: You can’t hike if you can’t walk.
Next post
Day 11: resting is a lot of work.